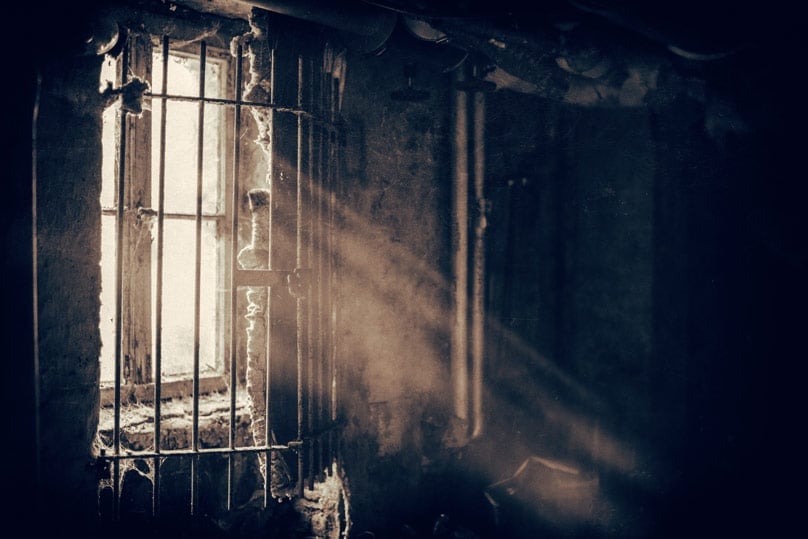 The best definition of a Gospel I have ever heard is “a passion narrative with a long introduction”.

That is to say, a quarter of the ink spilt in every Gospel concerns a 72-hour period in the life of Jesus of Nazareth: from Holy Thursday to Easter.

A couple of Gospels take us a bit further—to a couple of other resurrection appearances, or to the Ascension.  But the main thing is the story of the passion and the resurrection. The other three quarters of the Gospels are all prefatory remarks: things Jesus said and did that, in one way or other, illustrate the meaning and effects of the main event: His passion, death, and resurrection.

So the Sermon on the Mount, for instance, proclaims the new law of the new Moses who will enable us to carry that law out by means of the grace of the Holy Spirit poured out in the passion, death, and resurrection of Jesus.

The miracle of the loaves and fishes?  A sign pointing to the Eucharistic bread of life consecrated at the beginning of the passion, death, and resurrection of Jesus, wherein the Risen Christ will henceforth offer the benefits of his crucified and glorified life to us.

The healing of the blind and deaf?  Signs pointing to the effects of baptism, which confers the Holy Spirit poured for us by the passion, death, and resurrection of Jesus.

Everything that happens in the life of Jesus before the first Triduum makes sense only in light of the Triduum.

Which makes me wonder: What did John the Baptist make of Jesus?

To be sure, John was vouchsafed some remarkable signs and intuitions.  He had the remarkable story of his own birth to go on.  He had the stories handed down to him by his parents of the Visitation.  He knew the tale of his own father’s muteness and healing and angelic visits.  He had (perhaps) known Jesus growing up from family celebrations and visits to Jerusalem during the great feasts.  He had the astonishing epiphany of the Spirit when Jesus came to be baptised.  He had heard with his own ears, “This is my Beloved Son, with whom I am well pleased.” And he had declared by inspiration, “Behold the Lamb of God, who takes away the sins of the world.”  He had boldly told the delegation from Jerusalem that he was not the Messianic Bridegroom, Jesus was.

But then everything went south.  Instead of the Kingdom of God or any rewards for his faithful witness, he got the inside of a dank, rat-infested cell.  After that, nothing.  Nobody, either human or angelic, rescued him.  Jesus was out there, doing whatever it was he was doing, but the kingdom never seemed to come.

So John, being only flesh and blood, started to doubt:

“Now when John heard in prison about the deeds of the Christ, he sent word by his disciples and said to him, ‘Are you He who is to come, or shall we look for another?’” (Mt 11:2–3)

I have always found this story very consoling because it shows John having exactly the sorts of questions that we have when things do not go according to the plan we lay out for God.  Had I been John I would have easily assumed, given all that had gone before, that such a life of faithful service in which so much had been sacrificed—dedication to God from birth with a Nazirite vow like Samson, but without all the disobedience; life in the desert; locusts and wild honey; spectacular divine confirmation of my mission; humble submission to Jesus; bravery in standing up to Herod Antipas, the daily grind of service to God; even blood kinship to Messiah himself—would be rewarded in this life.

But the reward was just prison and, as far as he could tell, nothing else.  Did God simply throw away his instruments once their purpose was fulfilled?  Or had it all been a mistake?  Did the bright visions of his youth just amount to a pipe dream?  What was Jesus doing?

John’s courage and fear reflect our own.  He never got to see the consummation of Jesus’ ministry in this life and we see his confusion about it when he doubts in prison.  He has no experience of the passion, death, and resurrection of Jesus to look back on.  He is in the moment, dealing with what scraps of news he can gather about Jesus’ strange ministry from his disciples’ reports and things don’t seem to be going well.  Like Peter and the apostles, he may have had not one clue what Jesus’ words about being handed over to be crucified and killed meant, still less what “rising from the dead” might be about.  And that’s assuming such words, spoken in strict privacy to the apostles, were ever reported to him at all.

What was definitely not happening was Jesus re-establishment of a Davidic kingdom and the overthrow of puppet kings like Herod Antipas.  Rescue from prison and reward for fidelity did not appear to be on the agenda at all.  That may be why John sent his disciples to ask if he should look for another “when he heard about the deeds of the Christ”.  Jesus was not, evidently, doing the things John expected him to do—and John would never, in this life, see him do the astonishing deed that would absolutely confirm he “was descended from David according to the flesh and designated  Son of God in power according to the Spirit of holiness by his resurrection from the dead” (Romans 1:3-4).

So what did John do to keep faith alive?  He trusted, not Jesus’ death and resurrection, but Jesus.  He believed Jesus when he answered him:

“Go and tell John what you hear and see: the blind receive their sight and the lame walk, lepers are cleansed and the deaf hear, and the dead are raised up, and the poor have good news preached to them. And blessed is he who takes no offense at me.” (Matthew 11:4-6).

Jesus, very characteristically, reveals himself through the bonds of human testimony and love.  It is John’s own disciples, not Jesus, who report back to John what they themselves have seen and heard: miracles of healing, resurrection—and hope for those who thought themselves abandoned, the poor.  John is not vouchsafed a release from prison any more than the poor are miraculously delivered from poverty.  Rather, he is given Jesus himself and told “Trust me.  Let these signs reassure you that you have neither been mistaken nor mislead.”

The point remains true for us today.  For we have not come to the end of our story either.  We don’t know how things turn out.  Reward awaits us too.  But for many of us, that reward does not come until after death, as it came for John.  What we have is not certain knowledge of the future, but the certain knowledge that Jesus is trustworthy.  We have him, not a promise of a positive outcome for all our expectation of what we think he should be doing.