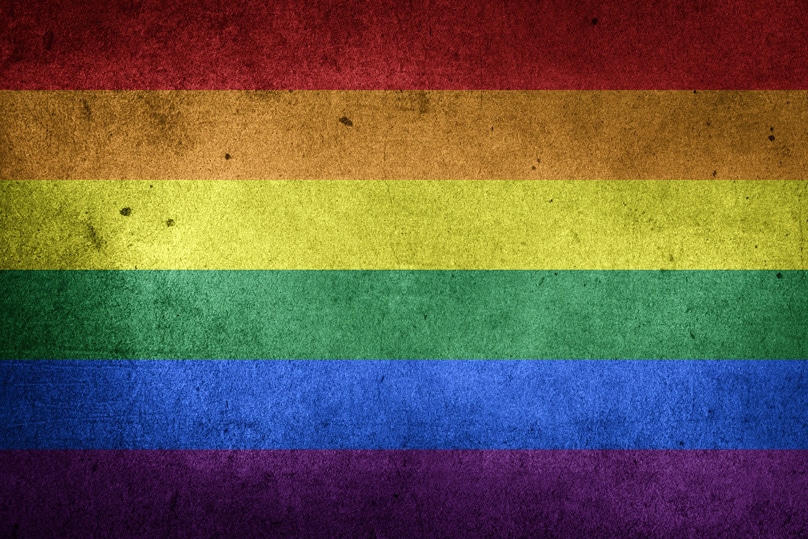 As I was walking to the bus stop the other morning, approaching Taylor Square, I was struck by the panoply of vivid rainbow flags affixed to the street lamps running down Oxford Street. These were complemented by a further, larger LGBTIQA flag atop a further, taller flag pole installed by the City of Sydney Council precisely for that purpose alone. No national flag will ever enjoy the privilege, well at least not that of the Commonwealth.

In the shadow of these uniformly diverse flags sits the campaign headquarters for Australian Marriage Equality – the proponents of change in the definition of marriage.

The commercial space which they occupy – on the main thoroughfare between the Eastern Suburbs and the CBD – is owned by the City of Sydney and, no doubt, subsidised by ratepayers.

There is no equivalent provided for the advocates of traditional marriage, needless to say.

Ambling as I did, I then noticed the somewhat unfamiliar field of blue, with its white stars and red crosses billowing meekly atop the 24-hour Courthouse Hotel. There waved one solitary, faded, tattered and tired Australian flag.

I couldn’t help but think to myself how remarkable it was that all publicly available space, as well as some private space annexed by the Council, was completely dominated by the standard of what should be a private campaign, however close its advocates think they may be to unanimous support in the community.

Even if it fell only one man short of conformity in the electorate, this campaign to change the definition of marriage should be left to its free, private advocates to expound, not the state.

By comparison, the scrappy flag of our nation was a sad sight, reminding me that even the weakest expression of national pride – a pride for our customs, rights and freedoms and the warriors who died to protect them – will often be relegated to the humblest pub for the down and out. Compounding this realisation were the events of the day which followed.

We all know the story: Coopers launches a commemorative label celebrating a significant anniversary of the Bible Society. Two Liberal MPs on either side of the campaign have a civil debate over the proposal to change the definition of marriage. Chaos ensues and hysterical activists set about denouncing, boycotting and destroying Coopers’ product.

For a brief moment, Coopers ale became a symbol of the dying Australian tradition of candid discussion of everything from the “ludicrous display” on the footy the night before to the taboo (political or religious), over a beer.

Then Coopers released a video under duress, promising to join Australian Marriage Equality and distancing itself from the Bible Society – unwilling or unable to face an activist-driven rejection of their products.

Coopers was forced to distance itself, essentially, from the Bible. Just let that sink in.

The Bible Society publishes a Gospel initially spread by the Apostles, guided and animated by the great Paraclete. W H Auden poetically recounted that “the loud crowd, the sedate engines of state” were moved to kill these twelve men “one by one”. It is clear these diabolical forces are moved again.

As this company was hectored by screaming leftists, forcing it to literally distance itself from the Bible, embarrassingly few of our sedentary statesmen stood up for it or anyone’s right to promote or participate in free discussion.

There is a zero sum game going on in our politics. When the oppressive, loud crowd and its anti-Christian agenda wins, our Church necessarily loses. Politicians assure us there will be “protections” for religious institutions and their conception of marriage. But if Coopers can’t hack it, how will the parish priest? As Christians we are all filled with love for our brothers and sisters, all made in the image of God, none deserving of discrimination or hardship on our part.

Nonetheless, the reason this campaign to change the definition of marriage should concern the Church is that, if it succeeds, we will no longer be in a relatively neutral position. The Catholic Church will be directly at odds with the state.

Not only the state, it seems. Last week, a cohort of company CEOs, existing on level 20+ of the skylines of our capital cities, sent a petition to the Prime Minister urging him to bypass a direct vote of the people and stitch it all up in parliament so he could get on with necessary economic reforms. This is a troubling development.

Free speech relies on private citizens exercising their right to use it. Private citizens need jobs. When major companies and institutions start campaigning on social issues this necessarily entails a further pressure on private citizens who are employed by them to put up and shut up with positions they don’t agree with.

Lobby groups of any stripe can now streamline their efforts by convincing three or four people at the top of a company, rather than the potentially thousands of people they employ at every level. Now this cohort are trying to convince the Prime Minster that a vote of 150 MPs is preferable to a vote of 23 million private citizens. The loud crowd doesn’t necessarily mean a large crowd.

The reality is, these CEOs and industry leaders will always be safe. But who will protect the Christian worker?

When the loud crowd gets its way, how long before the sedate engines of state are not content with the Catholic Church’s adverse claims to the institution of marriage?

How long before they roll in and ask us to render just a little more unto Caesar?