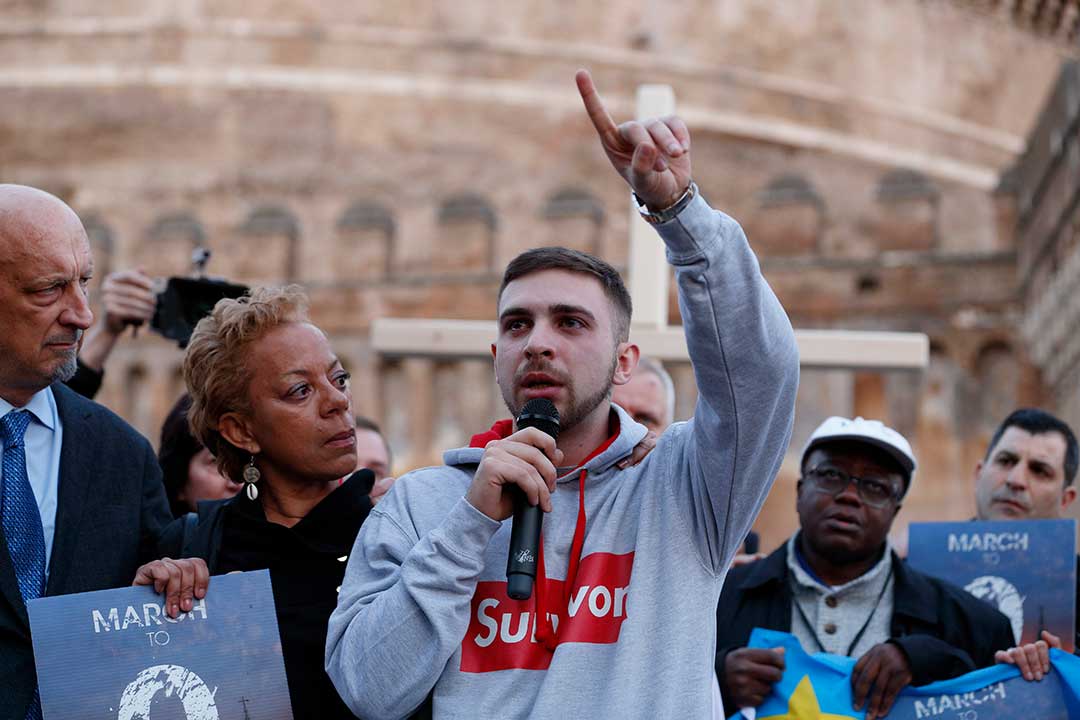 Reports and Commentary, from Rome and Elsewhere, on the Meeting for the Protection of Minors. A special international journalistic collaboration between The Catholic Herald, First Things and The Catholic Weekly.

“Grant, we pray, almighty God, that no tempests may disturb us, for you have set us fast on the rock of the Apostle Peter’s confession of faith. Through our Lord Jesus Christ your Son, who lives and reigns with you in the unity of the Holy Spirit, one God, for ever and ever. Amen.”

The date 22 February, the Feast of the Chair of St Peter the Apostle, is a special day to be in Rome, for to mark the feast, the Altar of the Chair, Gianlorenzo Bernini’s sculptural masterpiece in the apse of St Peter’s Basilica, is lit with over one hundred tapers, some of them six feet tall. Impressive at any time, the Altar of the Chair, ablaze with candlelight, is simply extraordinary. (It’s even more striking very early in the morning, given the acrobatics of the Sanpietrini, the basilica’s workmen, whose installation and lighting of the tapers is reminiscent of the Flying Wallendas.)

The Collect for the day, quoted above, may strike some as plaintive, with overtones of a lament. For there are manifestly tempests disturbing the Church, whose leaders are in Rome precisely because of that undeniable fact. The Altar of the Chair reminds us that the Collect’s link between the peace of the Church and its adherence to “the rock of the Apostle Peter’s confession of faith” must be taken seriously in this week’s meeting on sexual abuse. To understand why means pondering the huge bronze sculpture carefully, reflecting on its meaning as well as admiring its beauty.

The centrepiece of Bernini’s composition is a bronze cathedra, or episcopal chair, which pious tradition claims to contain wooden relics of St Peter’s “chair,” the sign of his apostolic authority. Be that as it may, what is especially noteworthy about the Altar of the Chair is its theological density. As Bernini designed it, the bronze cathedra is supported by four Doctors of the Church: St Ambrose and St Augustine from the West, St Athanasius and St John Chrysostom from the East. Their figures are, like the rest of the composition, quite enormous – and fair enough, for these were giants in the history of Christian orthodoxy.

Related: Letters from the Vatican #3

But it’s Bernini’s arrangement of them that makes the crucial theological point: for each of the Doctors “supports” the great cathedra, representing Christ’s promise to maintain and preserve the Church in truth through the Office of Peter and the College of Bishops, by a single finger. The great sculptor’s point?  Truth is not burdensome, but liberating. For as the Lord himself said, “Take my yoke upon you, and learn from me; for I am gentle and lowly in heart, and you will find rest for your souls. For my yoke is easy and my burden is light” [Matthew 11.29-30].

This is a deeply counter-cultural claim today. Just as the Altar of the Chair poses a sharp stylistic challenge to a strange, modernist confection like Oliviero Rainaldi’s sculpture of St John Paul II outside Rome’s Stazione Termini, Bernini’s message of liberating truth is a profound challenge to the post-modern culture of autonomy that is one factor in today’s Catholic abuse crisis. Yet on this Feast of the Chair of St Peter, that is what the Church is reminding its leaders and its people: that the truth, freely embraced, is light. And truth’s illumination of the often-dark pathways of life liberates us to be the sons and daughters of God we were born to be.

Some of those charged with addressing this week’s abuse summit are, it must be said, in need of that reminder. Cardinal Reinhard Marx of Munich and Freising, for example, will address the summit on “Transparency in a community of believers.” Does that “transparency” include, one wonders, an openness to asking just what Cardinal Marx thought he was doing recently when he said that the Church had to re-think its entire sexual ethic in light of 21st-century culture and contemporary mores? Does the cardinal not understand that doctrinal dissent and the confusions resulting from it were factors in the breakdown of clerical discipline that helped facilitate clerical sexual abuse?

The liberating power of doctrine, including moral doctrine, has not been one of the leitmotifs of Pope Francis’s pontificate, as it was of his two predecessors. Proponents of the Pope’s approach defend his skepticism about scholars and his oft-repeated critiques of “doctors of the law” and “Pharisees” by suggesting that the Holy Father is reminding the Church that behind everything to which Catholicism says “No” there is a “Yes” that the Church has not always been successful in communicating. True enough, and a good reminder: but not when that reminder helps facilitate a return to the moral-theological civil wars of the 1970s.

And not when it is taken to underwrite or legitimate attempts by prominent theologians, in venues ranging from Boston College to the Pontifical Gregorian University, to deconstruct John Paul II’s 1993 encyclical Veritatis Splendor by denying the reality of intrinsically evil acts – things that are wrong in and of themselves, and that no combination of putative intentions and anticipated consequences can make right. Yet if, as the otherwise inadequate, pre-abuse summit “statement” by the Unions of Superiors General (cited here yesterday) managed to affirm that “the abuse of children is wrong anywhere and anytime,” then there are intrinsically evil acts – and the denial of their reality is an obstacle to the deep Catholic reform necessary to alleviate the enormous suffering caused by sexually abusive clergy.

There seems to be an iron law built into the interaction of Christianity and modernity: Christian communities that have a clear sense of their doctrinal and moral boundaries can live and even flourish under the challenging social and cultural conditions of modern life; Christian communities that fudge those boundaries wither, and some die. That iron law applies within Catholicism today. The living parts of the Church are those that have embraced the Catechism of the Catholic Church and Veritatis Splendor; the dying parts of the Church are those that have surrendered to the Zeitgeist, the spirit of the age.

That is true of dioceses, parishes, religious communities, seminaries, and virtually every other institutional expression of Catholicism. And it is a truth – like the truth of doctrine’s liberating power expressed in Bernini’s Altar of the Chair – that this abuse summit must reaffirm, without hesitation or compromise. – Xavier Rynne II 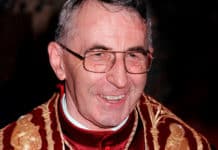 September 2022 date set for beatification of John Paul I 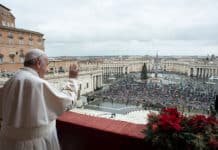