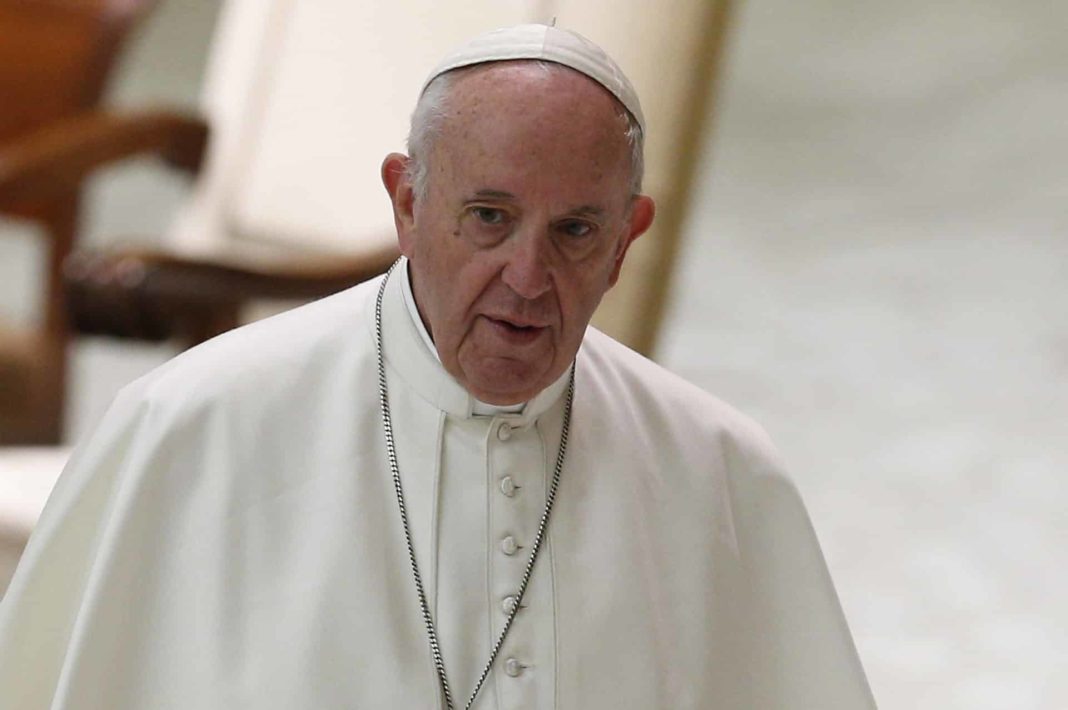 LETTERS FROM THE VATICAN

Reports and Commentary, from Rome and Elsewhere, on the “Meeting for the Protection of Minors”

Grant, we pray, almighty God, that we may so follow the teaching and example of the Bishop Saint Peter Damian, that, putting nothing before Christ, and always ardent in the service of your Church, we may be led to the joys of eternal light. Through our Lord Jesus Christ, your Son, who lives and reigns with you in the unity of the Holy Spirit, one God, for ever and ever. Amen. – St Peter Damian

Whether accidental or deliberate, the fact that a world meeting of Catholic leaders to address the scourge of clerical sexual abuse is opening on today’s liturgical memorial of St Peter Damian is certainly appropriate. That coincidence could also prove providential, if those participating in the discussions of the next four days take the example of this Doctor of the Church seriously and apply his candor, tenacity, and courage to our own times.

Born in Ravenna in 1007, Peter Damian was well-educated in the humanities and pursued a career as a teacher before taking Holy Orders and then entering the monastery at Fonte Avellana in 1035. Elected prior in 1043, he led a reformed monastic community that lived from the insights of both St. Benedict and St Romuald, combining traditional aspects of monasticism with the more rigorous disciplines of hermits. After reforming the life of his own community, he devoted himself to reforming the clergy as a whole, working with several popes but especially Leo IX. Created cardinal against his will by Pope Stephen IX, he also undertook direct pastoral duties as archbishop of Ostia, one of the “suburbicarian” dioceses held by the senior members of the College of Cardinals. In 1067, Pope Alexander II allowed him to return to his preferred life at Fonte Avellana, although he continued to undertake diplomatic missions for the Holy See. He died in 1072 and was declared a Doctor of the Church in 1828 by Pope Leo XII. As Pope Benedict XVI said of Damian, “He spent himself with lucid consistency and great severity for the reform of the Church of his time.”

Related: Letters from the Vatican #2

And the Church of the eleventh century was in desperate need of reform. Much of it was an ungodly mess, not unlike Western Europe itself, which had suffered under decades of depredations by various invaders, including Vikings, Muslims, and Magyars. Intellectual and cultural life had eroded, to be the point where, as one author puts it “the literary patrimony of Latin antiquity maintained a tenuous presence in the care of monasteries and diocesan libraries,” which had themselves been assaulted by invading marauders with no regard for learning. Commercial life was similarly broken and poverty was as widespread as ignorance. The papacy had been in crisis for well over a hundred years, sometimes a pawn and sometimes a player in the power struggles that convulsed Italy. Corrupt laity deposed popes and installed their preferred candidates, some of whose parentage was, to put it discretely, dubious. One pope of the early tenth century, John XII, was said to live in a “pigsty of lust” and died at age 26.

This turmoil had a deeply corrosive on clerical discipline. As Matthew Cullinan Hoffman writes, “The ranks of the monasteries and secular priesthood had been adulterated with lax and uneducated men, unworthy of their office. Corruption was rife, and the offices of the clergy, including bishoprics, were often sold. Many priests violated the Church’s strictures against sacerdotal marriage by entering into illicit unions with wives or concubines, with the consent and even approval of their flocks. Large numbers had succumbed to unnatural sexual practices, all of which fell under the dread name of ‘sodomy,’ in reference to the city of Sodom destroyed by God in the book of Genesis.” 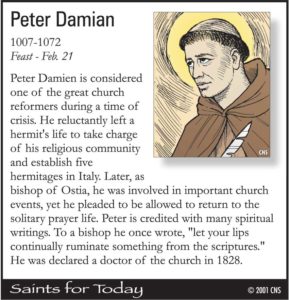 Peter Damian, a true ascetic, was not just appalled by “sodomy,” which in those days was a term covering a range of sins against chastity; he decided to do something about it. His campaign for the reform of the clergy was carried on by a variety of means, including preaching, teaching, and confronting ecclesiastical authorities – including the highest. He also wrote The Book of Gomorrah, a series of brief essays which was based on his appeals to Pope Stephen IX to undertake a massive reform of the clergy. The Book of Gomorrah remains in print, and while it constitutes some very chilling reading, its brutal candor about clerical sexual corruption and its insistence on the imperative of clerical sexual discipline for the Church’s well-being have considerable resonance today, almost a millennium after Damian wrote.

And while 21st-century Church leaders may think (with some reason) that we have a more thorough understanding of the often-roiling dynamics of human sexuality than was available to the cardinal archbishop of Ostia in the mid-eleventh century, everyone participating in this week’s Vatican abuse summit can learn from St Peter Damian’s unflinching honesty about the crisis of the Church in his time, and from his conviction that the truths embedded in the Sixth Commandment are not negotiable – in his time or any other time.

It is not easy to imagine, for example, that Damian would have been pleased with the “statement” released a few days ago, in anticipation of the abuse summit, by the Unions of Superiors General (of religious men and women in consecrated life). No one could quibble with what was obviously intended to be the money quote from this document: “The abuse of children is wrong anywhere and anytime: this point is not negotiable.” That is the ultimate no-brainer. The Unions’ statement also made unexceptionable pledges about outreach to victims, improvement of religious formation, and the importance of a deeper conversion of hearts, minds, and souls.

But nowhere in the statement was there any acknowledgement of the violations of chastity that are still rife in various congregations of consecrated life, some of which have decimated those communities (not least through the scourge of AIDS).

Nor did the Unions reckon with the fact that more than a few consecrated religious men and women have been major contributors to the culture of theological dissent that has, at the very least, been one factor in religious superiors’ blindness to sexual dysfunction within their communities, and one facilitator of sexual abuse by those who once formally promised poverty, chastity, and obedience of God and the Church. Nor did the Unions’ statement get beyond the “protection of minors” issue to the larger crisis of chastity throughout the world Church. Peter Damian believed that the truths that Catholic moral reason had learned from the Sixth Commandment, however difficult to live, were true “anywhere and anytime;” there is no affirmation of that non-negotiability in the Unions’ statement.

St Peter Damian’s is not the only voice to be heard as the Catholic Church wrestles with the challenge of chastity, especially for its ordained leaders, in the hyper-sexualised twenty-first century. But it is precisely the cleansing harshness of his critique – the prophetic harshness of a John the Baptist – that makes his one voice to be reckoned with. And whatever the limits of his method of argument, his bracing if jarring example of clear-eyed honesty about the facts is one that must be followed, if this abuse summit is going to be a step toward authentic and deep Catholic reform. – Xavier Rynne II