Eight weeks after its release, Wonder Woman – the origin story of Diana, an Amazonian goddess turned civilian’s superhero – is making headlines again for its box office success in the US. Not only has it been celebrated as the highest-grossing live action film to be directed by a woman (Patty Jenkins), it’s holding better than any superhero movie in the last fifteen years, and is also predicted to be this season’s best performing film in terms of ticket sales. It’s an achievement that has critics pleasantly surprised because unlike the stars of other superhero hits like Logan, Batman v Superman, or Deadpool, Wonder Woman stars and celebrates (gasp!) a female lead.

While the film has yet to see the same level of success internationally, it makes me hopeful to see the US audience embrace a female heroine amongst the endless list of male superheroes adorning posters and toy stores around the world. Wonder Woman’s box office success isn’t just a triumph for girls and women; our sons, boyfriends, husbands and coworkers all need exposure to strong female role models too. 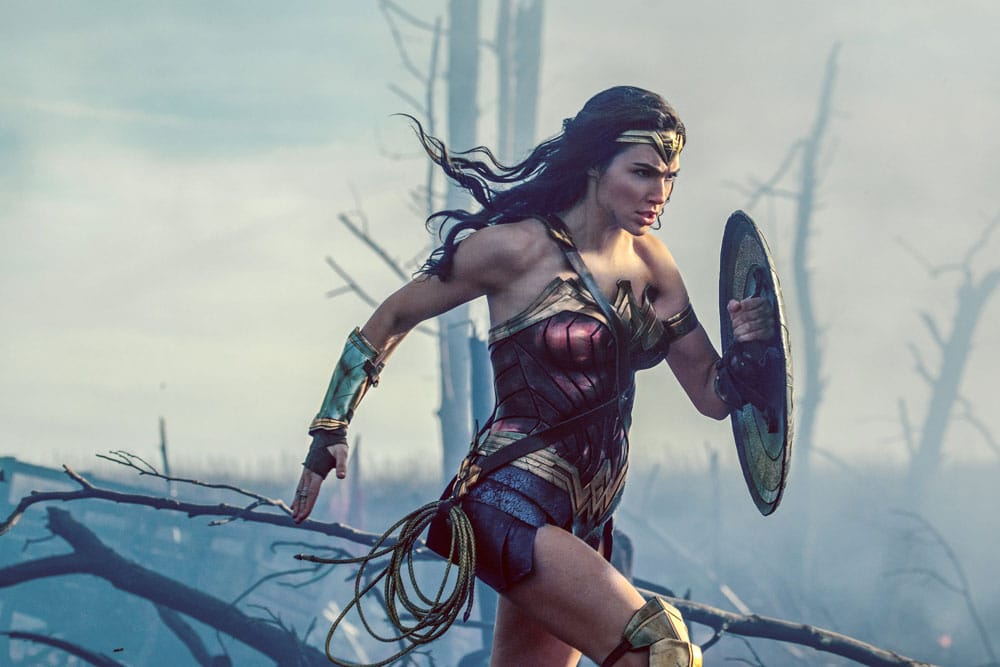 I’ll be honest; before I saw the film several weeks ago, I was prepared to hate it. I’d purposely avoided reading film reviews because I was afraid that like many of Hollywood’s previous attempts at depicting a female superhero, Wonder Woman would be shallow backstory told around close-ups of cleavage or bare skin.

But, thank heavens and Hollywood for Patty Jenkins and Gal Gadot, because Wonder Woman was far from a gratuitous perve-fest. Throughout the movie, Diana wrestles with the nature of man’s imperfection and what is worth fighting for – the film is actually a great representation of the spiritual battle waging within each of us. It also touches on the importance of a personal encounter and witness of love, and what great, life-altering, world-changing power lies in our capacity to love.

While it will always bother me that (true to her 1940s pin-up girl origins) Wonder Woman does battle in a body-hugging bustier and skirt while her male counterparts (superhero or not) are always covered head-to-toe, I was relieved that costume designer Lindy Hemming has the 2017 Diana wearing proper combat boots and a warrior getup that looks and behaves a lot more like Amazonian armor than it does lingerie. I could easily focus this discussion of Wonder Woman on the appropriateness of her physical representation (it didn’t skip my attention that her hair is always impossibly perfect before, during, and after battle), but I want to hit pause on that conversation for a second and focus on what Wonder Woman really gets right. Sure, the movie has underwritten characters and the climax left a lot to be desired, but I’ll forgive those; this is the first of a series, and the focus of this film was rightly on Diana’s origin story.

The movie introduces us to a young, headstrong, and determined Diana, the princess of the Amazon warrior women who were put on earth by Zeus to defend the human race. Her motives, though somewhat naive and misguided, are pure; Diana’s confidence is rooted in who is and what she believes she was created to do. It’s this inner confidence that carries Diana through the movie and makes her such a strong, admirable heroine. She leaves her paradise home of Themyscira after finding out that millions of innocent lives are being lost, and enters the human world while it’s in the midst of the Great War. “If no one else will defend the world, then I must,” she says.

Throughout the movie, she showcases her inner confidence through physical, mental and emotional strength; all of them playing a critical part in her decisions as a hero. In one scene, Diana dives off a hundred-metre cliff to save the life of someone she doesn’t know. In another, she enters a room full of military men and, despite being laughed back out the door, Diana stands her ground and proves herself to be the most educated person at the table. Later, she sees a child and mother crying in the trenches and, driven by compassion, ignores the urges from soldiers to leave them behind, and steps onto battlefield, deflects gunfire and bombs with her wrists, and claims victory on a front where no one else could.

In Diana, I see a strong female character who would go to great lengths to defend innocence and (despite the violence), one could argue, the sanctity of human life. In Diana, I see a woman who sets the pace, pushes the limits, refuses to sit idly by, and challenges the men around her to be their best selves, and does so without emasculating them. In Diana, I see a woman whose perceived weakness – compassion – is her greatest source of strength. In Diana, I see the courage every Catholic needs to step into the arena and defend our faith in times it would be much easier, safer and more comfortable to stay home and let someone else fight the battle.

It may not be as action-packed or broody as the typical Marvel or DC comic book adaptation, but Wonder Woman stands strong on its own right. In the wake of its box office success, I can only hope we see more diverse, compelling and positive representations of women like Diana – both human and superhuman – come out of Hollywood studios and onto the big screen. What Jenkins, Hemming, Gadot, and the team around them have provided the world is an example of a secure, intelligent, powerful, and compassionate woman; an authentic icon of femininity that girls, boys, women and men of all ages, need to see, support and celebrate more and more each day.