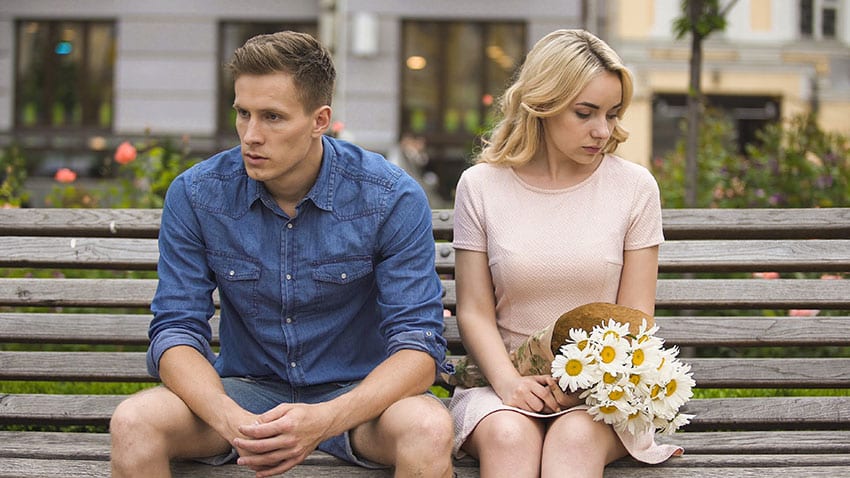 Wow, a can of worms was opened last week – if Facebook engagements are anything to go by! When Anna Hitchings’ Catholic Weekly opinion piece ‘For Want of a Lot of Good Men’ was posted to Facebook on Thursday afternoon (02/05), it’s fair to say that polarisation of opinion amongst other young Catholics followed.

For myself personally, I was initially quite surprised by some of her claims, and after putting the word out amongst a couple of my mates, I soon discovered that I wasn’t the only bloke who felt strongly about the article.

I want to congratulate Anna on her commentary about a valuable topic and getting an important conversation started. Fellow young Catholics should feel admiration for a young woman putting her very raw feelings on the line. From what I read, her suffering and admission to facing the possibility of never marrying seems very authentic, and any response should be equally sincere and heartfelt.

After being given the privilege of responding, I’m certainly not going to make things personal. However, it seems only fair that a topic about the absence of good men should be argued from a different (male) perspective.

Let’s start with the common ground. I agree with the author in her introduction about the current state of affairs facing the world. Society does need solid marriages, where the procreation and the education of offspring is priority number one (when possible). Yes, Catholic women are generally better represented in the pews on Sunday compared to their male counterparts and are overall, generally more faithful.

Related article:  Simcha Fisher: Your boyfriend is not your husband

Additionally, I empathise with her desire to marry another Catholic. As a matter of fact, my parents do too! Without exaggeration, “Marry a Catholic” was the most uttered phrase by my mother throughout my adolescence.

The writer’s personal experience certainly resonates with other young Catholic women. My wife, my three sisters and other female friends completely understand the struggle which Anna has detailed.

The article on a whole was well constructed, thought-provoking and powerful testimony. Unlike some others, I didn’t find it to be overtly patronising or condescending.

However, we should discuss Anna’s central argument, which on all appearances has caused other young Catholic Weekly readers to respond in a very emotive manner.

The writer bravely states her checklist in pursuit of Mr Right, who must possess the following qualities: “church-going, single and worldly-wise”. Whilst noble, the specific paragraph (outlined below) is what I believe has caused the most angst amongst both her peers and myself. I refer to where Anna only briefly elaborates of her dilemma with her search for a suitable gentleman who most accurately matches the three aforementioned qualities.

“Most men I meet have two out of three of these qualities, with the latter often lacking. If they’re single church-goers, they’re usually awkward and in want of basic social awareness (a big turn-off for most women). If they’re more worldly, they’re generally not single or not religious. Even if they’re not religious, most young Australian men hold views and values that are left of centre and utterly opposed to our own”.

My immediate response is to straight-out disagree with her very overly simplistic qualitative findings and subsequent narrow verdict. From what I also observed within the comment sections on Facebook, and from conversing with some of my fellow colleagues in a private messenger group, this paragraph pits men against women in an unnecessary blame game about the factors contributing to Anna’s supposed claim of a righteous ‘Man Drought’.

Whether we like it or not, everyone has a checklist (conscious or otherwise) in relation to what they perceive to be important characteristics in a future spouse. I commend Anna on her minimalistic yet forthright approach, but I am convinced that her conclusion of the apparent scarcity of such men (who are also aged between 25-35) is the predetermined end of a self-fulfilling prophecy. 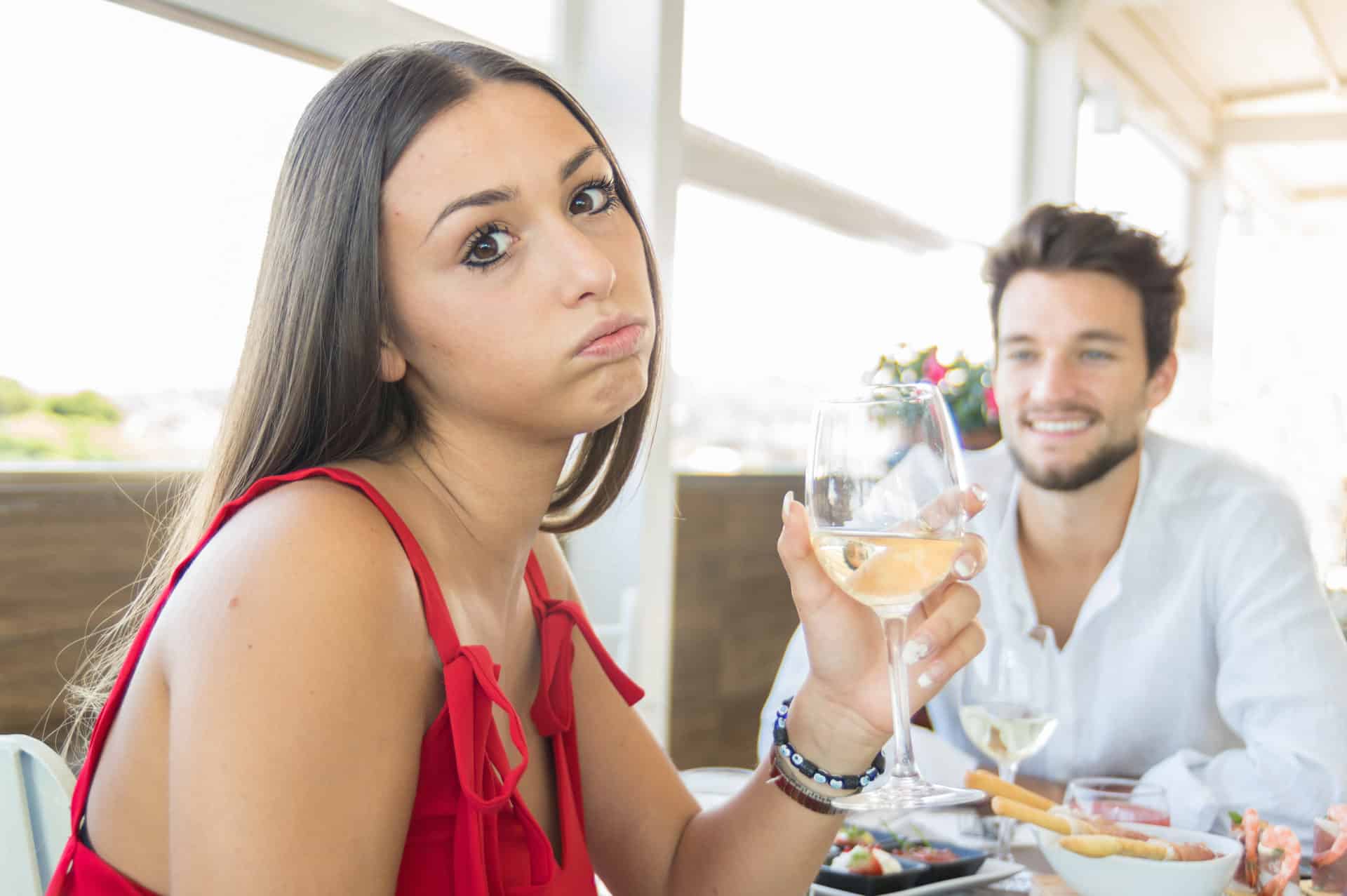 I’ve been told by my wife that as a teacher, she finds that her pupils generally live up to expectation. If she anticipated that the primary school children would be poorly behaved, more often than not this outcome occurred. Likewise, if she expected them to be well behaved, and she acted in a manner which reflects this mindset, the results also often spoke for themselves.

From my past dating experience within similar social Catholic spheres, the same argument in relation to dating expectations can easily be proffered.

It is all a matter of perspective. Perhaps the pool of potential candidates is not as “scarce” as it may appear on the surface. The bottom line is this – a list of deal breakers won’t increase the likelihood of finding a future spouse! Rather than emphasising a list of “ideal qualities”, I challenge Anna to write a list of the single men she has met in various Church and community circles within the last four years.

If the numbered list is equal to or greater than 12 males, then the situation can hardly be described as “bleak”.  The humble beginnings of the Christian faith were tasked to the 12 apostles of Christ, (originally) socially awkward men who were far from worldly-wise.  I am confident that Anna and her peers could work with a similar number if they were willing.

The most reasonable course of action is to pay more attention, and perhaps give more time and thought, to these prospects. Take motivation from the letter of St Pope John Paul II to Women (1995, Libreria Editrice Vaticana) “For in giving themselves to others each day women fulfil their deepest vocation…  They see others in their greatness and limitations; they try to go out to them and help them”.

It is indeed the “feminine genius”, demonstrated by powerful female saints, that inspires men to become pillars of society throughout the ages. This, in turn, enables men to become strong, faithful, generous husbands, just like St Joseph, that our society desperately needs.

For those who want still want to debate the existence of a righteous ‘Man Drought’, I’m happy to refer to Bernard Salt’s article Man drought is a man mountain — if women know where to look (The Australian, 10/02/2016). According to the data Salt has analysed, at age 25 the ratio of single women to single men is 5:4. By 35, the numbers are perfectly balanced.

Therefore, another avenue for young ladies to consider is to assist a non-church-going gentleman to convert to Catholicism, while fully maintaining a faithful religious practice. I appreciate that it may require getting out of one’s comfort zone, but you never know who you may find by casting your net out, as referenced in this week’s gospel (John 21:6).

I have a mate who I became friends when working in a rural law firm around 5 years ago. He was a son of a Protestant Minister in his mid 20s and was no longer a regular churchgoer after falling away from practice in his late teens.

I bought him along to a New Year’s party, predominantly attended by other faithful young Catholics. On the night, he met the girl of his dreams and it was love at first sight. His now wife was upfront about her new year’s resolution to pray more, which he admired. Fast forward to now, they are married with beautiful children and they attend Mass as a family.

When I was growing up, my siblings and I were taught that it’s sometimes easier to change your attitude that it is to change things outside of your control! I’ll continue to pray for other young Catholics, that they may be able to find and live their vocation.

The Art of Apology