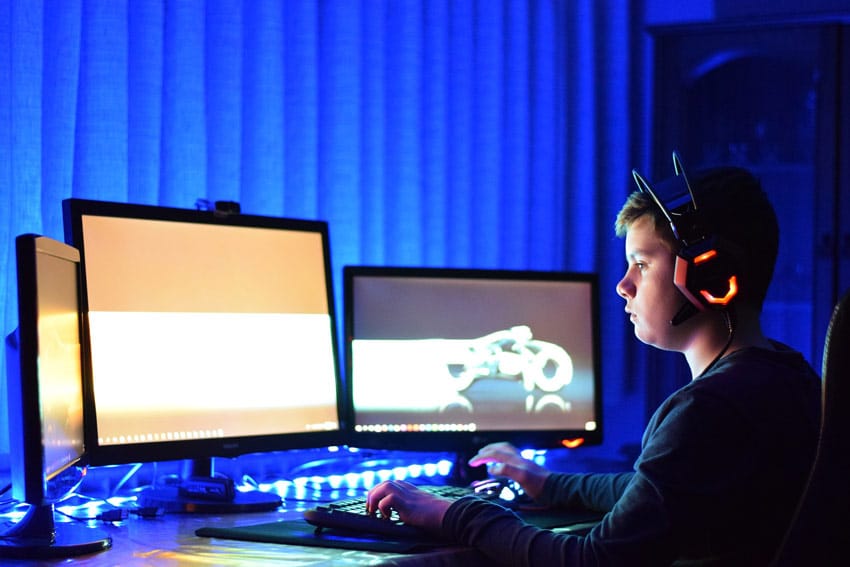 In recent years, police have reported a surge in young children live-streaming, recording explicit videos and sharing sexualised images of themselves online.

Alarmingly, there are currently more than 150 million online images and videos depicting child exploitation. In some instances, the children are willingly sharing these images and videos with friends on social media. However, in other cases, sex offenders are reaching out to children through social media platforms and coercing them into producing explicit material which is secretly captured and shared in the darkest corners of the internet.

The increasing danger of live-streaming and live-chat apps is something that parents can no longer afford to ignore.  The popularity of these apps has seen rapid growth as developers and users demand easier and faster communication.

While this can be highly beneficial to those trying to reach loved ones across the globe, these developments put young people directly at risk of harm.

If you download any of these apps, you will find children as young as six or seven years old broadcasting what they are doing in their bedrooms; singing along to their favourite song in their school uniforms or chatting with who they think is just another kid on the other side of the screen.  Many children have no awareness of the consequences of their actions, and can be easily convinced to share their different social media accounts or even their school and home address.

As well as purpose-built streaming, many games and apps have chat functions that can be used to immediately contact other players.  While these games are specifically designed for children, there is no way to accurately verify the age of a user, and many parents have found their children being approached online by older strangers posing as young players.

Being aware of the risks, and the steps parents can take to mitigate these risks, is of utmost importance.  Early intervention is key; many parents may think their child is too young to be at risk, and that therefore, conversations around online safety are unnecessary.

Also, while many sites and apps purport to have safety regulations in place, the Australian 2017 Youth Digital Participation Survey found that around 26% of kids aged 8–12 use certain social media sites (Facebook, Instagram, Snapchat and Skype) despite the age restrictions these platforms supposedly enforce. Alarmingly, approximately 25% of young people reported being contacted by strangers.

Top Tips to Protect Your Children

Compiled by Perimeter Guardian, a technology-based company that provides protection to school communities across Australia. It partners with schools to provide protection particularly in the areas of new technologies and cyber safety.