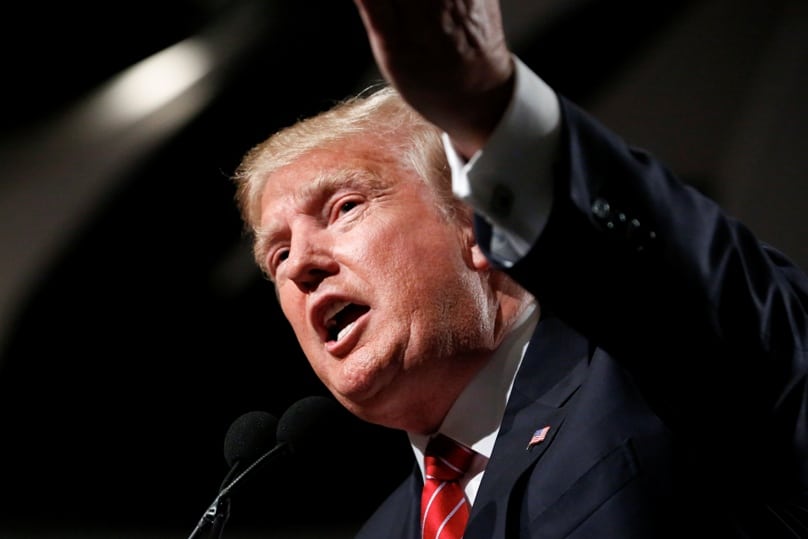 Some US Christians are in a jam: they don’t know who to vote for on 8 November, and while the vacancy in the White House needs filling, they may be more concerned with the current opening in the Supreme Court.

Reasons abound as to why Christians might not vote for Donald Trump in the upcoming election. Even so, don’t be shocked if lots of them do. And not only the white, redneck, gun-wielding, ignorant, pickup-driving minority of Americans that many in the mainstream media seem to think are typical of US Christians. But rather the thinking, compassionate and generous people who are doubtless feeling very conflicted about their choices for president.

By all accounts Donald Trump is someone you probably wouldn’t want on your parish council—let alone running the most powerful country on Earth. The stories surfacing about him seem to get worse daily. His vulgar attitude towards women, alleged sexual abuse, vanity and conceit, failed marriages, childish verbal abuse of anyone he doesn’t like, and insatiable greed are far from what most would consider presidential conduct.

But despite his behaviour, not because of it, Trump may still receive a begrudging endorsement from those who would otherwise be the loudest critics of his lifestyle, manner, and attitudes.

Whether Christians should vote for Trump is not the point here. The point is that many may, and that shouldn’t come as a surprise. The death of Supreme Court Justice Anthony Scalia in February this year has led to an opening that the next president will have the responsibility of filling.

But is that reason enough for some Christians to vote for Trump? Maybe.

The separation of powers in the United States ensures that none of the three branches of government—legislative, executive, and judicial—possesses limitless power. While Congress has the authority to make laws, and the White House to enact them, the Supreme Court has the final responsibility for determining whether the laws passed by Congress are legal, and thus can be actioned by the president.

The court is made up of nine justices who are nominated by the president and confirmed by the Senate. Once confirmed, justices typically serve for life, and while they can technically be removed from the bench if impeached, this has only occurred once in the court’s nearly 230 years of service.

Theoretically unbiased, justices should deliberate on cases brought before the court based on the Constitution and not personal convictions or ideology. It’s unrealistic, however, to expect anyone to make important decisions free from their own formation and conscience.

Prior to Scalia’s death, the court had a 5-4 majority who could cautiously be categorised as conservative in their outlook and decision making. President Obama nominated a replacement for Justice Scalia in March, however, the Republican-majority Senate has refused to confirm his nominee, fearing that to do so would tip the balance of the court in favour of more progressive interpretations of the constitution, the likes of which led to the famous Roe v. Wade.

‘Roe’ was the 1973 Supreme Court decision that greatly extended the legal conditions for abortion under the US Constitution, as also did Casey v Planned Parenthood in 1992, both results which many Christians would like to see overturned.

In their final Presidential Debate, both Hillary Clinton and Donald Trump made it clear that they would nominate justices who would come to opposite conclusions if similar cases were to come before the Court.

Another case, Zubik v Burwell (unofficially, ObamaCare v Little Sisters of the Poor) is an ongoing case where Catholic sisters sought to be exempt from providing birth control to the people under their care — based on freedom of conscience — as part of their healthcare package to the elderly.

While the Supreme Court has returned the case to the lower courts for appeals, this case, and others like it arising out of the Affordable Care Act 2010 are set to feature prominently during the next presidential term.

In addition to Roe v Wade, other flashpoints that concern many Christians in the US and which may end up before the Supreme Court include the definition of marriage, the place of religion in education, the rights of religious organisations, the rights of parents, traditional family, freedom of conscience, and the role of religion in the public sphere.

With one seat needing filling, and three additional serving justices over the age of 78, the next president of the United States will need to nominate one or more justices to the Court over the course of their four-year term in the White House. The consequences of the president’s choices will last long after their time in the White House has ended. This is why US Christians are in a jam. They can choose to endure offensive Trump for four years, but retain a conservative Supreme Court, or choose pragmatic Hillary and live under rulings unfriendly to their religious convictions for decades to come.

With significant issues on the line, it’s clear that there is a truly tough decision ahead for many Christians with conservative convictions. Don’t be surprised if lots end up siding with Trump simply because they don’t see any other conscionable option.