Pip Miller, 71, is preparing for a 24,000km solo trip across the Indian Ocean and up the Atlantic to Santiago to absolve a lifetime of sin in its famous cathedral.

The Balmain local is not a Catholic but says he feels haunted by unbearable guilt over his unresolved sins and their consequences, most especially the death of his younger brother, Christopher (Kit), to kidney disease around 18 months ago.

He said he had lost touch with Kit for nearly 10 years, and then received a phone call from him saying he was sick and asking him to consider donating a kidney.

After consulting his doctor, who said it would be a risk to do so considering his age, Pip declined.

“There are times when you lie at night and wake up at three in the morning and think ‘Oh my God did I really do that?’” he told The Catholic Weekly.

“I know my brother would have helped me, and I didn’t help my brother.

“Every time I think about that… I feel so awful for not doing what I could have done.” 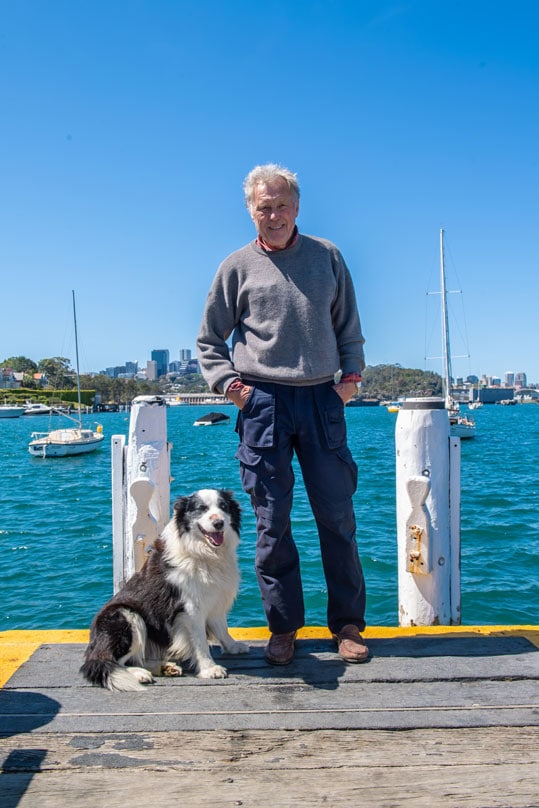 Pip is intrigued by the Catholic tradition of the Camino de Santiago de Compostela and plans to set sail in his 32-foot sloop ‘Sir Kit’ early next year.

He will land at a fishing village west of Santiago and walk the rest of the way to the cathedral.

He will document his journey at the Facebook page ‘Sailing Sins to Santiago’ and is offering to “take the sins” of others with him for absolution according to a centuries-old tradition.

“I knew from my reading about medieval times that many people who couldn’t afford to go would get people to go for them, and obtain the absolution for themselves.

“So I thought it would be nice to do this not only for myself but for others.

“If they would like me to remember them in the cathedral it’s enough for them to give me their name. Then I will take their names and sins and leave them in the Atlantic ocean.

He won’t be completely alone, Buck his much-loved Border Collie will come along for the ride. 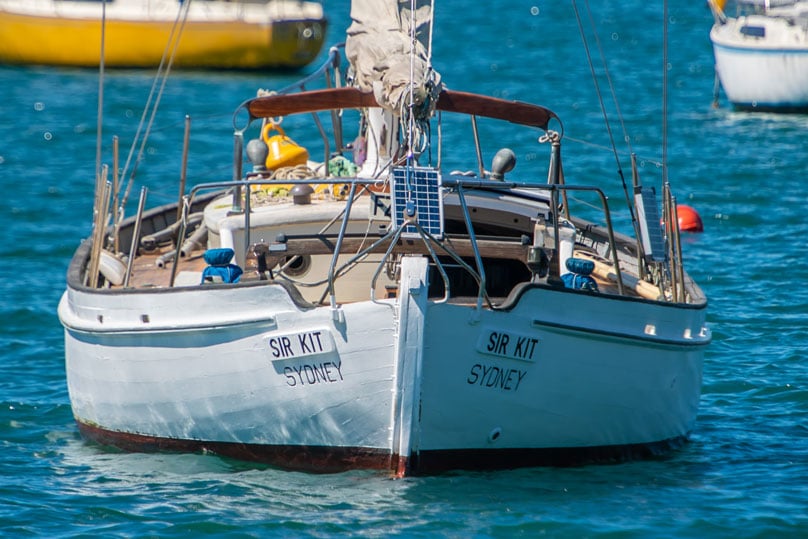 “I can’t leave him, he’s part of my life. He loves sailing, he’s intelligent and a good companion,” he said.

Pip who came to Australia from the UK in 2002, said he hopes to sail to Santiago and walk the rest of the way to the shrine of Saint James the Great in Santiago’s cathedral.

“I’m not a Catholic and didn’t grow up in a religious family at all, but at the same time I do feel that as I get closer [to the end of my life] there’s got to be a reason for being here.

“It’s like I’m going one little step at a time – I don’t  know whether there’s a God but I do know there’s something that is within my grasp, but I’m not quite sure.”

The pilgrimage “also seems to me to be a very worthwhile way of communicating your feelings to other people and trying to make amends”.

The UK-born adventurer said he has “always had a boat” and but the longest he has sailed is for a week in the English Channel and a few days in the North Sea.