One of the most common things people have said to me about my beautiful boy Regan was that he appeared to have it all. And in some ways he did.

Handsome, naturally gifted both academically and athletically, he just attracted people to him and was a natural leader.

He also took his own life. The one thing I’ve learnt about suicide is that it can happen to anyone.

Regan started playing rugby league when he was just 6. He would head down to the local grounds on Saturday morning, and we were always early as he couldn’t wait to get his jersey and boots on.

This was the highlight of his week – spending time with his mates and playing the game he loved.

As he got older he gained a great understanding of the game and at 14 was offered a scholarship with the North Queensland Cowboys.

In the interest of his footy and education he moved to Townsville as a Homestay Student at the age of 15, which meant most weekends I would drive the 800km round trip to see him.

He didn’t make the move just to better his footy. He was also very academic and wanted to study Dentistry when he finished school.

Regan seemed to thrive in Townsville. He fitted in well at school, loved the footy and being around the Cowboys. He debuted for the Under 20s in 2014. He was thrilled that year. He captained the Queensland Schoolboys Team at the National Carnival in Darwin.

Unfortunately he injured his ankle but after only being able to play two games for his beloved Queensland was still chosen to represent his Country in a Tour of England and France.

The ankle injury was worse than first thought and he had to have surgery ruling him out of the Tour.

Around this time a good friend of the family and Regan’s School Principal who he looked up to as a father figure was diagnosed with a terminal brain tumour. By this time Regan had spent a lot of time away from school and didn’t receive the tertiary entrance rank he had hoped for.

Things were not great for Regan during this time, but he didn’t let on to anyone that he was struggling.

To everyone else looking in, he had it all. He was a leader, good looking, intelligent and by all accounts had a bright future in rugby league. He had charisma that drew people to him and therefore had many mates. But what no-one saw was the battle he was fighting with his mind.

On the 3rd of January 2015, he had made his first attempt to end that battle. This was the first true indication that he was really struggling. Naturally we sought help, and he promised me he would keep seeing the doctor. He assured me the attempt was a stupid, spur-of-the-moment thing and he was fine.

But he wasn’t. By this stage he was broken, quiet and couldn’t look anyone in the eye. He was in the sort of pain that some, but not all understand.

On Australia Day in 2015 the battle Regan was fighting ended. 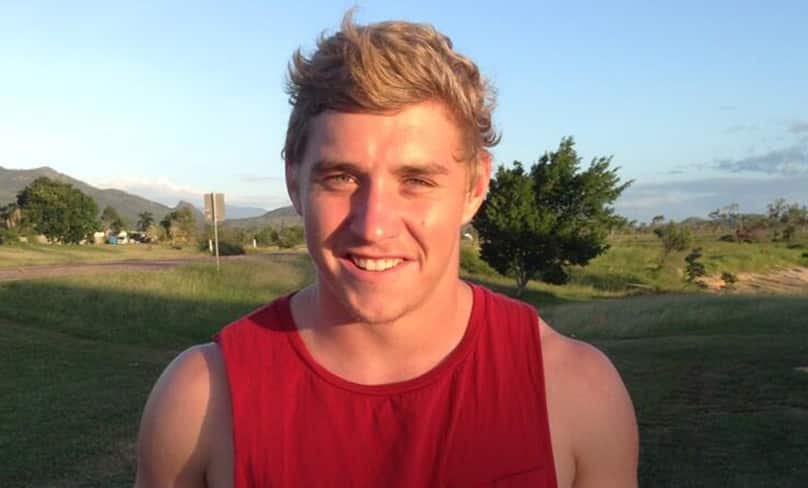 In the days after this I found myself heading back down to those local grounds he started playing footy on as a six year old, but this time it was for his funeral.

So what can we learn from all this pain and suffering?

The overwhelming feeling I have every day is gratitude. I am so grateful and feel so blessed to have had Regan in my life for almost 19 years, and for the great memories I have and for the relationship we had. I am grateful for the amazing people in my life, many of whom I met through the great game of rugby league. I am surrounded by many kind and generous people.

If there’s one thing I would beg you to do it’s simply listen to your children.

And I mean really listen.

Kids can be really good at looking you in the eye and telling you what you want to hear. Regan was one of those.

But we have to trust our gut instinct. The instinct of a parent is rarely wrong.

Please understand that this can happen to anyone. I never thought this could happen to my beautiful boy.

If I can ask you to do one thing today, it is to give your children a big hug and let them know how special they are. Let them know that they can come to you to talk anytime and please, when they do, listen.

Too often we try to fix our kids. We never want to see them struggle so we are always trying to find a solution. Sometimes the most important and helpful thing we can do is to listen to them.

I ask you to do this as I would do anything to be able to hug my son one more time. If there is one thing I wish, it is that I had better educated myself on mental illness and some of the signs to look out for.

We all think this is something that happens to other people but you need to know that this can affect anyone. Our children are so precious and letting them know they can talk to us about anything is really important. We need to learn how to listen, really listen to them. Sometimes we are so busy trying to fix them that we miss what is actually being said. Nobody wants to see their child struggling but knowing they have you as their soft place to fall is the most important message you can give them.

My story was and still is heart-breaking but hopefully it can benefit someone else.

If it saves just one person or family, then my message will have been worthwhile.