While the rest of the world is becoming more religious, the West is descending into an “eccentric” cul-de-sac of unbelief, says Greg Sheridan, Foreign Editor of The Australian.

This is a dangerous road for the West to be going down, the 61 year-old journalist says, since a culture devoid of God will produce “radically different human beings”.

It was while browsing through books at a writer’s festival that Mr Sheridan says he was struck by the conspicuous absence of works that were pro-Christian or pro-religion.

“This is an astonishing change in our secular culture. In the 1950’s and 60’s the best-selling books were religious books, Christian books,” Mr Sheridan told The Catholic Weekly in an interview in the heart of Sydney’s CBD.

“A bit earlier than that Thomas Merton’s great book, Elected Silence, and Henry Morton Robinson’s novel, The Cardinal, were hugely popular books. Then there was Graham Greene and Evelyn Waugh. Now it’s as if religion has been disappeared from our culture.”

It was this experience that helped to crystallise his thinking around the West’s increasing rejection of God, Mr Sheridan said, a line of thinking that eventually led to his latest book, God is Good For You: A Defence of Christianity in Troubled Times, published by Allen & Unwin. 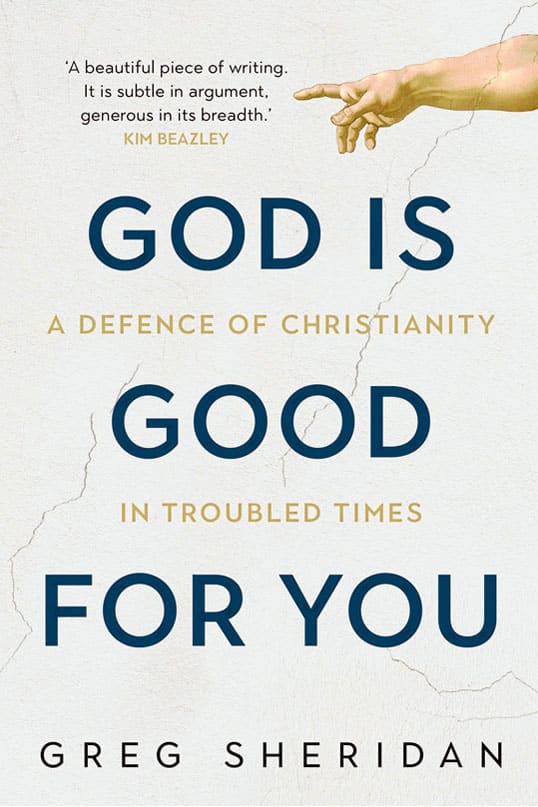 “Most of the world is getting more religious, Asia, Africa, the Middle East and Latin America,” Mr Sheridan said. “But Western Europe, Australia, New Zealand and North America are heading towards unbelief.”

“I just thought this book would be my small contribution to saying, well here is what you’re rejecting. By all means reject it if you like, but at least deal a little bit with its substance.”

Sheridan’s 358-page book examines Christianity as a system of belief and its many fruits which contributed enormously to Western civilisation, such as the idea of the individual, human rights, feminism, liberalism, modernity, social justice and secular politics.

As a widely-respected journalist who has written for The Australian mainly on geopolitical issues, foreign affairs and diplomatic relations for 35 years, Mr Sheridan was able to access a formidable array of current and former political heavy-weights as interview subjects for his book—including Malcolm Turnbull, Penny Wong, Kristina Keneally, Kim Beazley, John Howard, Kevin Rudd, Tony Abbott, Peter Costello and Bill Shorten—who all claim adherence to the Christian faith.

Mr Sheridan says he was impressed by each of the politicians he interviewed about their faith because of the “depth of their inner life.” His hope is that people will read the interviews, taking into consideration the faith of such highly-influential people, and give belief in God a second glance.

Raised a Catholic, Sheridan describes himself as a “very orthodox Catholic.” He spent a year studying for the priesthood as a young man, and even worked for a couple for a couple of months at The Catholic Weekly.

He firmly believes that the current crisis of faith is largely a crisis of knowledge.

The logical antidote, he says, is not only for believers to proclaim the rationality of belief in God, but also for Christian schools to teach this truth to their students.

“I think Christian schools should teach why belief in God is rational. I’ve read most of the new atheists, Dawkins and Hitchens and so on, and I found their arguments astonishingly feeble.”

“How can any Christian school not have a period a day for all students devoted to religious education? If that’s not their primary purpose then really should they exist at all?”

“The resources of Christianity are so much fun, so interesting. Imagine someone going off into the turgid waters of Hermann Hesse in search of mysticism, who has never heard of Saints John of the Cross or Teresa of Avila, or any of the contemplative monks or early Church fathers.”

Without God, humans are capable of entirely losing sight of the dignity and worth of each person, Mr Sheridan said, as evidenced by the atheistic regimes of Stalin and Pol Pot during the 20th century.

“Human beings are not very good at behaving in a civilised way without God. What prompts us to believe in universal human dignity?”

“If you take God away completely, then what are human beings? They are just another chancy outcrop of the biosphere. They’re no more worthy of consideration really than a cockroach.”

Many factors have contributed to the West’s rejection of God, he said, including material affluence, the sexual revolution of the 1960s, the rise of Marxism, and the “extreme barbarity” of the digital highway.

“There’s a savagery and madness in the digital universe which is profoundly anti-religious because it’s against contemplation. It’s very narcissistic, it’s against transcendence.”

All is not lost however, he said, and there are “wonderful signs of new life” among Australian Christians.

He suggested that people of faith combat the tide of unbelief sweeping across the West with “very strong leadership which boldly proclaims belief,” and “a very clear belief.”

“Nobody will go to the barricades or endure martyrdom for something wishy-washy.”

Worship which is “both coherent and has an element of beauty” is also vital he said, and making the most of our “magnificent tradition” of Gregorian Chant and “great liturgical music.”

He also suggested that committed Christians in the West accept the fact they are now a minority.

“We need to conceive of ourselves as a bold minority so that we don’t expect society to conform to us … it’s going to get more and more uncomfortable being Christian but I think you do have to make your peace with that discomfort.”

Mr Sheridan said he hopes his book may pique the interest of younger generations who are increasingly rejecting religion in the West.

“It’s my tiny contribution to the crisis of knowledge so I hope some young people read it and think, well, Sheridan may be an idiot but that fellow he quotes, Tertullian, sounds really interesting…”

“The evidence is overwhelming that God is good for you. But the main argument of my book is that God is true, and that’s reason enough to have a relationship with him.”

God is Good for You is available from the Mustard Seed Bookshop www.mustardseed.org.au or via (02) 9307 8350 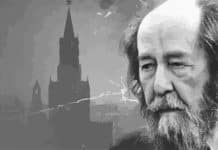