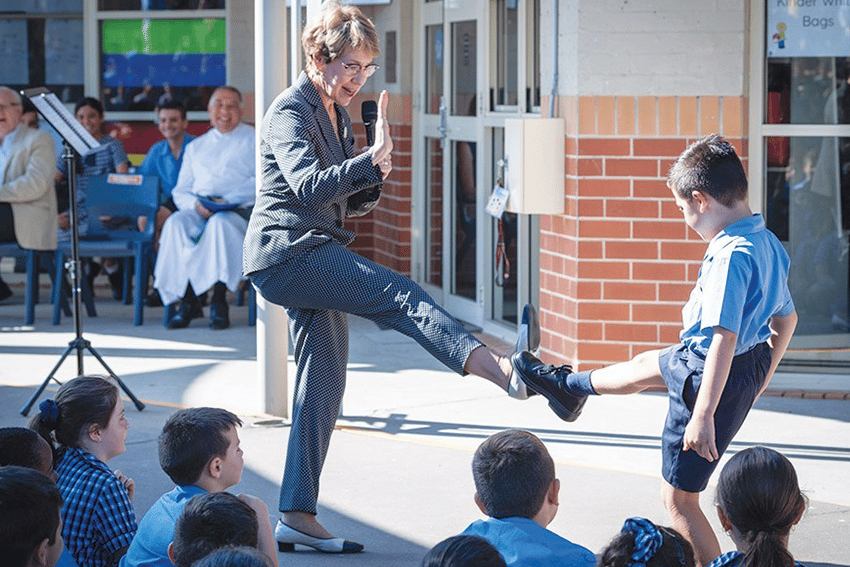 There was excitement in the air when NSW Governor Margaret Beazley visited Holy Spirit Catholic Primary School at Carnes Hill.

We could all feel the excitement in the air when the Governor of NSW and Sydney Catholic Schools (SCS) alumna, Margaret Beazley, and husband Dennis Wilson turned up at Holy Spirit Catholic Primary School Carnes Hill.

Welcomed by Principal of Holy Spirit Catholic Primary School Carnes Hill, Brother Nicholas Harsas, Assistant Principal Leonie Sewell and the school’s Captains, Mia Yenco and Matthew Sanasi, the Governor was given a quick tour of the school before attending a school assembly.

She then met with students from all grades, and was even given a quick karate demonstration by one student before talking with Year 6 students currently studying the topic “Australia becomes a nation” in History.

“The Governor’s visit ties in brilliantly with the section of the unit on State Government,” Brother Harsas said.

Being only the second woman to be named NSW Governor – the first being Dame Marie Bashir – she regaled students with stories of how she got to her position.

“Having a legal background, I had a good basis for my role as Governor because any constitutional law that is passed in NSW I need to sign it and speak to ministers about it,” said Governor Beazley.

Students were just as eager to know how her Catholic education had prepared her for the future.

“The emphasis in Catholic education on helping others has helped me get to where I am today,” Governor Beazley said.

“I was taught by all nuns at school and their ethos, their values, were that you never see a need without doing something about it and I think that’s what has stayed with me.”

Brother Harsas said it was extremely important for students to understand how the Australian Government system works and to appreciate their role in such a system.

“I would like to see our students develop into fine, proud, informed Christian citizens who will elect leaders reflective of the values of our Christian and Catholic beliefs so that our society will be fair and just for all,” Brother Harsas added. 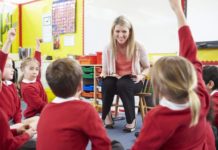