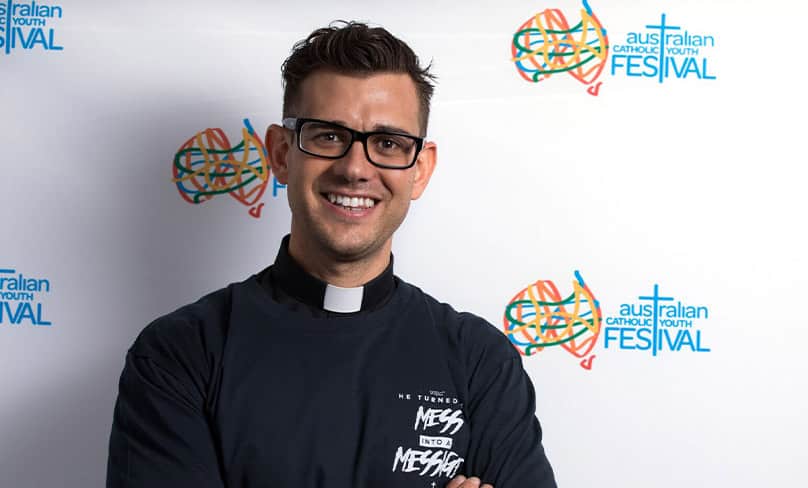 From suffering depression, suicidal thoughts and addictions to singing for Pope Francis in front of 1.4 million people, Fr Rob Galea has come a long way.

And such is the incredible journey, the young Australian priest from a Victorian country town is soon to become a Hollywood sensation, with a movie of his life in pre-production with a budget of tens of millions of dollars.

The charismatic priest has released seven albums, appeared on Australian X Factor, performed three world tours, and released the book Breakthrough which traces his early life on the streets through to his discovery of the Lord, time in the seminary and now as a priest in a rural community.

Today he ministers to more than 400,000 young people each year, carrying Christ’s message of hope to everyone he encounters both in Australia and internationally. He said his mission is in reaching young people who simply aren’t coming to Church. 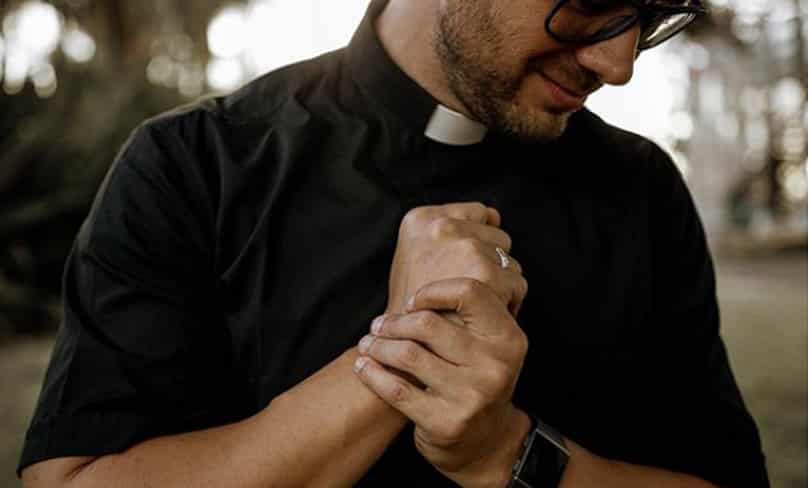 And while from the outside the popular priest currently serving the Sandhurst Diocese might look like he’s living the dream, he still has demons that he deals with daily.

Anxiety and depression are two of his constant companions which he has learnt to manage through a number of ways including exercise.

“I know what it’s like to be in a bad place, I’ve been there which makes it a lot easier to relate to young people,” he said.

“I train every day and I lift weights because I find that getting the blood flowing really helps my anxiety, it takes my mind away from the daily stuff, from all the pressures we all live with so I can live in the moment and just switch off from everything.

“It’s such a vicious cycle for teenagers to drop out of sport, I understand how young people can feel confused and feel the pressure of being judged by their performance. They often don’t feel good enough, fit enough or look good enough so it’s easier to do nothing and drop out.

“In actual fact it is so important that some kind of physical activity happens daily for teenagers especially those suffering with anxiety and depression, it is scientifically proven they don’t have to be running a marathon … just by walking around the block with the dog can be a big help.

“Exercising is really helpful to take my mind off things, being at the gym is a time where I can just switch off, put my phone away and face the metal and get the blood pumping.

“And along with exercising, my other three pillars are being part of a community whether that’s my parish community or gym community. It lifts you up to be part of it and accepted, creativity which is when I write my music and most importantly meditation and in my case it’s my relationship and quiet time with Jesus which is the most important thing.

“Everything that has happened to me is a by-product of my relationship with Jesus and shows the world how I managed to get out of this place of depression and addiction to a place of liberation and freedom.

“I love being a priest, it is clear to me that I am above all a follower of Christ, then a priest and only then does my ministry of music make sense.”

And making sense of his music is what he does best and for the first time he and his band are hitting the road with his Coming Home Australian National Tour.

Performing in Sydney, Melbourne, Shepparton, Perth and plans are now underway for Adelaide and Brisbane, he is performing both his old favourites and some new material.

For Fr Rob, the tour is an exciting opportunity to get his message of hope out to both the young and young at heart.

“I am first and foremost a priest and all of these other pursuits are simply a by-product of my relationship with God,” he said.

“Hopefully through everything that has happened in my life, it shows the world that redemption is possible.

“I have never done a tour like this before, it will be a full production with my band, lighting and sound. It’s going to be a full-on professional concert with songs from my new album and some of my older stuff. There will also be a time of reflection so it will be suitable for kids, young adults, parents and grandparents – a great opportunity to hear some great music and receive some spiritual refreshment.

“We have a limited amount of tickets available so please get yours and come and enjoy a very special evening.“

For tickets go to frgministry.com/tickets, with the Sydney concert being held at Southern Cross Catholic Vocational College on July 28.

And for something a little more traditional, Oceans of Mercy Adoration Night featuring Fr Rob Galea is being held for Year 8 to Year 12 students on Friday, June 28, at St Aloysius Cronulla. All are welcome and admission is free.