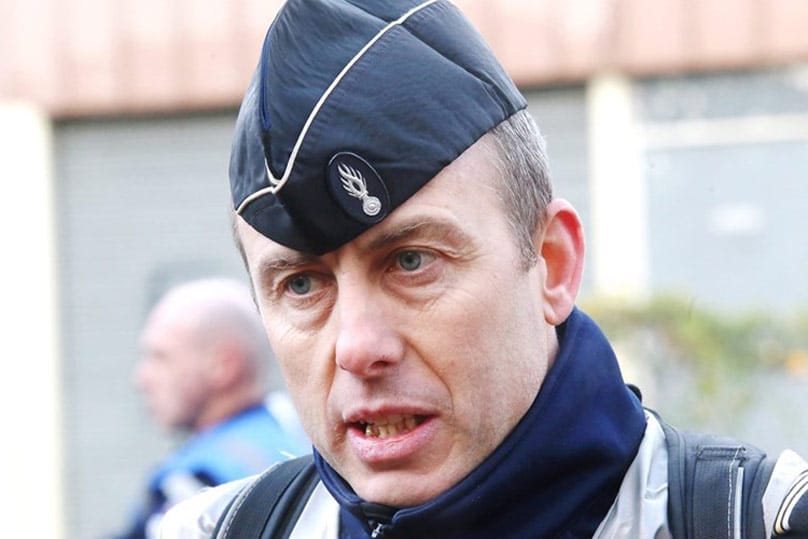 The French policeman who died after offering himself in place of a hostage during a deadly terrorist attack was a practising Catholic it has been revealed, and was preparing with his wife to be sacramentally married in the Church later this year.

Lieutenant-Colonel Arnaud Beltrame died after volunteering to replace a female hostage during the attack by an Islamic jihadist at a supermarket in Trèbes, southern France, on 23 March. Four people were killed during the attack perpetrated by 25 year-old Radouane Lakdim, a Moroccan-born French national, who reportedly screamed “Allahu Akbar” and claimed to be a “soldier of the Islamic State”.

Police eventually stormed the supermarket and killed Lakdim. It was too late for Colonel Beltrame however, who had been shot after taking the place of the female hostage. He died in hospital the following day with his wife by his side.

The couple who were already civilly married had been preparing for their Catholic wedding ceremony set for 9 June.

“It turns out that the Lieutenant-Colonel was a practising Catholic,” Fr Dominique Arz, chaplain to the Gendarmerie Nationale, told Famille Chrétienne magazine.

Born into a non-practising Catholic family, the 44 year-old gendarme is reported to have had a “genuine conversion” in 2008 and went on to receive the sacraments of First Communion and Confirmation in 2010.

Another priest, Fr Jean-Baptiste, a Canon Regular of the Mother of God of Lagrasse Abbey, said he had been preparing Colonel Beltrame and his wife for their sacramental wedding.

“We had been working on the basics of married life for almost two years,” Fr Jean-Baptiste said. “I had just blessed their home on 16 December and we were finalising their canonical marriage record. This young couple regularly came to the abbey to participate in Masses, services and teachings.”

“It seems to me that only his faith can explain the madness of this sacrifice which is today the admiration of all. He knew, as Jesus told us, that ‘There is no greater love than to give one’s life for one’s friends’.”

“He knew that if his life began to belong to Marielle, it was also to God, to France, to his brothers in danger of death. I believe that only a Christian faith animated by charity could ask for this superhuman sacrifice.”

Fr Jean-Baptiste attached a Miraculous Medal to Colonel Beltrame’s shoulder as he lay dying and administered the Last Rites. “Marielle responded to these beautiful liturgical formulas,” he said.

The priest said he could not however sacramentally marry the couple on the spot, as has been mistakenly reported, since Colonel Beltrame was unconscious at the time.

“But his astonishing heroism will, I believe, inspire many imitators, ready to give themselves to France and her Christian joy.”