Growing up in war-torn Iraq Fr Majid Al Hanna saw plenty of heartbreak and lost everything he owned – but you would never guess it from his ever-ready smile.

Now in Sydney, the newly-ordained priest is determined to help spread life’s most important possession, faith.

He would be the first to say that no one would have picked him as a future priest. The teenaged Majid didn’t like going to Mass, or having to study, preferring to hang out with friends or play a computer game at home. At one point he fell into sexual promiscuity – a taboo in eastern culture as well as a violation of his Christian belief and family’s values.

But it all changed overnight in an unlikely moment of grace in his final year of high school.
“My sister said to me if you go to the convent and become a priest you don’t have to read too much because they don’t have a high average. I thought, ‘Wow! That’s perfect for me’,” laughed Fr Majid.

“But that night I dreamed about a priest I know, Fr Nawar Al Najar. “And the next morning I felt as though my life had turned completely the opposite way around. I just woke up and felt so different, so happy. I picked up the Bible and started to read it from the beginning and my sisters laughed so much me, like, ‘You? Reading the Bible?’”

But the feeling of freedom and joy remained. The young Majid started going to church and strove to master the Syriac language needed for the liturgies there. After school he applied for the seminary, and there discovered he not only enjoyed but excelled in his demanding studies at the theological university. But three years in, the thought of his past sins bothered him so much that he travelled to a neighbouring diocese to confess to a bishop there.

“I became depressed and was afraid at the thought that I had so much sin in my life that God could not want to have me as a priest,” said Fr Majid.

Syriac Catholics start over Down Under

“I thought only a bishop would be able to help me, and I didn’t want to go to my own one.
“He told me, ‘Don’t be afraid, God accepted you before and he accepts you now. God has forgiven you but you have to forgive yourself and start over one more time’.

“Now when I remember that part of my life I regretted I am happy because God has forgiven me, and I learnt through that experience how to be stronger in virtue.”

Fr Majid says a cigarette craving saved his family when ISIS took over his hometown of Qaraqosh in the northern part of Mosul in 2014. In the early hours of 6 August the Al Hannas heard bombing in their village. They learnt a woman and two children had died in the blasts but assumed it was an isolated incident, while other families felt unsettled and chose to leave for the neighbouring city of Erbil.

In the evening, as they were thinking about making dinner plans, Majid hopped on his motorbike to grab a pack of cigarettes. The shops were largely deserted, but he came across a friend who warned him of news that ISIS militants planned to enter the town the next morning.

His sisters would be especially in danger if they remained in Qaraqosh, he was told.
“I went home and told them everything he said, they were shocked.”

The Al Hannahs gathered important papers, money and with little more than the clothes they were wearing, escaped to Erbil, leaving Fr Majid’s father, Mohanand, who followed them on foot the next day.

Two years later they returned to find their home had been set ablaze, with only bare walls still standing. “My books, my clothes, everything I owned, all burnt,” he told The Catholic Weekly during the interview.

He arrived in Australia in January 2020, on mission to support Fr Lenard Ina, the sole parish priest of the Syriac Catholic community across Sydney and Canberra.

Fr Majid likes the beach, is revolted by Vegemite, is keen to improve his fluency in English and expand his repertoire of jokes beyond ones that are funnier when told in Arabic.
He likes to think that laughter may be the language used in heaven. “I believe that God uses every priest in his talent and his personality to manifest or reflect something of Jesus’ personality,” he said.

“I have a good sense of humour and I think Jesus would have used humour to make people love him. I want to spread laughter wherever I can to help draw people to love and serve God.” 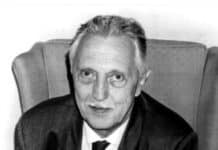 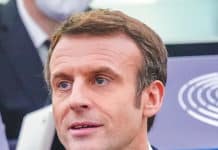 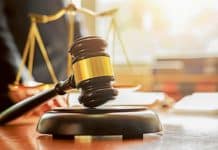