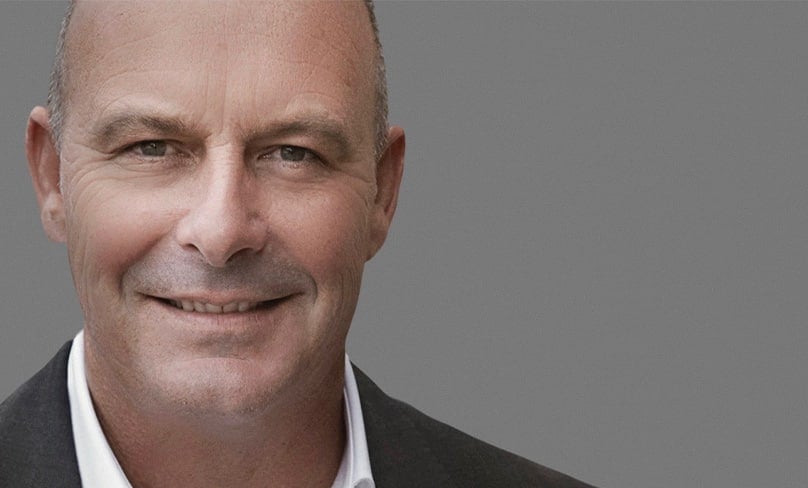 For your chance to WIN 1 of 10 copies of Atticus Van Tasticus by Andrew Daddo send your name, email and postal address to [email protected] Good Luck!

Andrew Daddo has managed to have a crack at just about every aspect of the entertainment industry. He’s appeared on TV and stage, presented radio programs and podcasts, and even made movies.

Best of all, Andrew is an accomplished author and has written more than 25 books including picture books, chapter books, short story collections, novels and a vague biography – and despite being incredibly busy we’ve pinned him down to give his thoughts on family, fatherhood and the future.

1. What does Father’s Day mean to you?

It’s a bit of a tangled mess working out my role as a son and a dad. When you’re a kid it’s all about your dad but now that I’m a dad it’s about working out how I fit into both roles. I am very fortunate this year in that I will spend the first half of Father’s Day with my family in Sydney and then I’m flying to Melbourne to have dinner with my dad.

I am very lucky that my wife is okay for me to do whatever I want on Father’s Day so for me if I could spend it by the ocean with my immediate family and then have a barbecue with my extended family in the afternoon would be pretty ideal. My three kids Felix, 20, Bibi, 18 and Jasper 15, can all surf – they mightn’t want to – but if I can convince them all to come out with me in the morning that would be great. My dad still likes to body surf so having him join us would be the icing on the cake. In the afternoon having a barby with all of our extended family would be a great way to cap the day off.

3. Is there something you particularly want this Father’s Day?

4. What’s the most challenging thing about being a Dad? 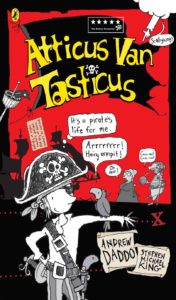 5. How important is quality time with your family?

At the end of the day, family is what it’s all about. We are a very functional and close unit. We have never allowed television during the week, we ALL sit down at least five nights a week and eat dinner together. There are no phones or devices during dinner, it’s our time to sit and spend quality time together. Phones are conversational cancer and a disaster for family time.

6. You’ve just released a new book called Atticus Van Tasticus, is encouraging kids to have a passion for reading and writing part of the appeal of being an author?

Yes. I really hope I encourage young people to write creatively with courage. It can be quite difficult once you’ve got a good idea to put it down on paper. As parents you should always see the good bits that your kids write, not worry about whether a comma is missing or in the wrong place.

I’m pretty proud of it as I think it will appeal to young readers and parents alike. It’s 1750, when times were tough and teeth were rotten. As part of an ancient family tradition, young Atticus Van Tasticus narrowly escapes a life down the coal mines – or worse still going to school – when he gets to choose the gift of a pirate ship from his Grandnan’s treasure pile. It’s a choice that will change the course of history. The book hopefully will appeal to young readers for the sheer fun but parents hopefully will start a discussion while reading it as there’s so much history in it from the invention of the roller coaster, to the winged keel, to one of the characters called Captain Trumpy who wears a nappy and we all know who he’s based on.

8. Was being an author always on the radar or just something that happened?

I was told I should do it by my now wife. When we first started dating I was living in the US and she was here in Australia and I would send her letters from a fictional Russian ski instructor which she really enjoyed and thought I had a real talent for. I guess once I was on television I wanted to make the most out of my new found fame and wrote a book which incredibly did really well and it just continued from there.

“Go all in almost all of the time”. I didn’t study much at school and pretended to do the HSC but I guess as long as you commit to the stuff you really want to do you’ll be fine. Whatever decision you make with your life just make sure you commit to something that really interests you.

I am always busy. I don’t always know what’s coming next and sometimes have a bit of an internal panic about what lies ahead but something always comes up. I am taking a group of golfers to Ireland later this year. I have a documentary that I made about Antarctica which is just being completed and will promote once it’s ready to air on tv. I am also just completing my next book and will be on the look-out for my next venture after that. While I don’t always know what’s next I do know I am incredibly lucky to live the life I have.