Will your party support clarification in the Charities Act 2013 to make it clear that advocacy for faith-based or “traditional” view of issues of life, marriage, family, gender and sexuality would not, of themselves, amount to a ‘disqualifying purpose’?

No, the Australian Greens believe that all people have fundamental human rights and are entitled to equal protection of the law without any discrimination, including on the basis of sex, sexual orientation, gender, identity, or intersex status.

We support faith-based groups continuing in line with their beliefs, precepts or religious texts without fear of being disqualified from charitable status for doing so.

Labor has supported the advocacy rights of charitable organisation irrespective of their charitable purpose. 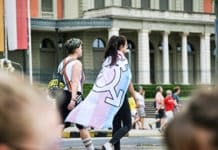