What level of capital funding support will your party provide over the next parliamentary term to ensure Catholic and other non-government schools can meet their share of enrolment growth?

The Greens will increase the Capital Grants Program funding to $400 million a year to build the teaching and learning facilities our schools need. We will expand the Program to include public schools.

The Morrison Government is providing record school funding to state schools, to Catholic schools and to independent schools. ln addition, we are establishing the $1.2 billion Choice and Affordability Fund to address specific challenges in the non-government school sector, such as supporting schools in drought-affected areas, schools that need help to improve performance and to deliver choice in communities.

A Morrison Government will also continue to fund the Capital Grants Program to support nongovernment schools to invest in infrastructure to maintain and improve their school facilities. Since 2013, the Coalition has delivered more than $1 billion in capital grants to help non-government schools, including Catholic system schools, to build new and upgraded facilities, including new science and technology classrooms, improvements to make schools more accessible for students with disabilities, sports facilities and libraries.

The Morrison Government has increased funding for the Capital Grants Program by 28% over 2018 levels, resulting in an estimated $890 million of capital funding to non-government schools over the next five years, with the majority of funding going to Catholic schools.

As a party not seeking to form government on the treasury benches of the House of Representatives (instead, we seek to hold government to account in the Senate) we are not making funding commitments. 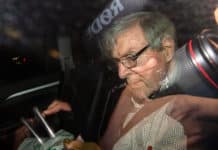 “Cardinal Pell’s case could happen to anyone” says Quadrant Editor

Parents’ and children’s rights must come first in the classroom