What is your party’s policy in relation to the foreign aid budget?

The Morrison Government’s foreign direct aid is focused on our region, where our major interests lie. It supports a prosperous and secure region with open markets for Australian businesses, which keeps Australians safe from security threats, including conflict and pandemics. We have committed to over $4 billion in aid, which we also consider to be an affordable and deliverable level of aid by Australia.

From this, $1.4 billion will go to the Pacific, which is over 33 per cent of our total aid in 2019-20. While Labor more than tripled aid to Africa over its term in office, the Coalition is using aid strategically to support our neighbours.

Since 2013, the Liberals have cut over $11 billion from Australia’s international development assistance budget. In its 19/20 Budget, the Morrison Government cut a further $115 million from our aid spending. These cuts will take aid spending to just 19 cents in every $100 – the lowest level on record – and on the current budget trajectory, it is forecast to drop to as low as just 16 cents.

A Shorten Labor Government will rebuild Australia’s aid program. We will spend more on aid than the Morrison Government, increasing Official Development Assistance as a percentage of Gross National Income every year that we are in office, starting with our first Budget.

A Shorten Labor Government would seek to ensure Australia contributes its fair share to humanitarian crises; and would protect Australia’s national interest by promoting stability and prosperity in our region and beyond. Our development assistance programs will promote human rights and good governance; and empower women and girls and expand women’s access to political, economic and social opportunities across the world.

The Greens will increase our aid and development budget to 0.7% of Gross National Income (GNI) by 2030. This will bring Australia into line with other developed countries like the UK, the Netherlands and Denmark, and will ensure that we fulfil our commitment to the United Nations.

This increase in our aid budget will also allow us to give generously in the event of natural disasters or conflicts requiring major humanitarian interventions. In addition, the Greens will commit climate finance of $1.32 billion in 2019-20 and $1.6 billion per year of the forward estimates thereafter, additional to the aid budget. To oversee Australia’s aid budget, the Greens will establish an independent, dedicated government agency as part of machinery of government changes and reinstate a Minister for International Development and the Pacific.

We support reducing the foreign aid budget as we have highlighted the wastage of the foreign aid budget in Afghanistan, Palestine, the United Nations and the appalling inaction on sexual exploitation cases within non-government organisations receiving aid funding. Australia must more closely apply direct control and focus on how Australian aid is spent in our region and worldwide, ensuring it is compliant with Australian values and free from criminal and corrupt conduct.

We do not support the current level of foreign aid while there is a need for greater support to be provided in our own country. 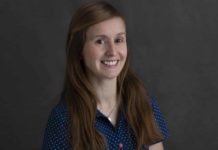 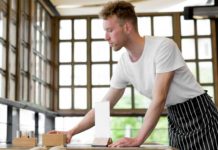