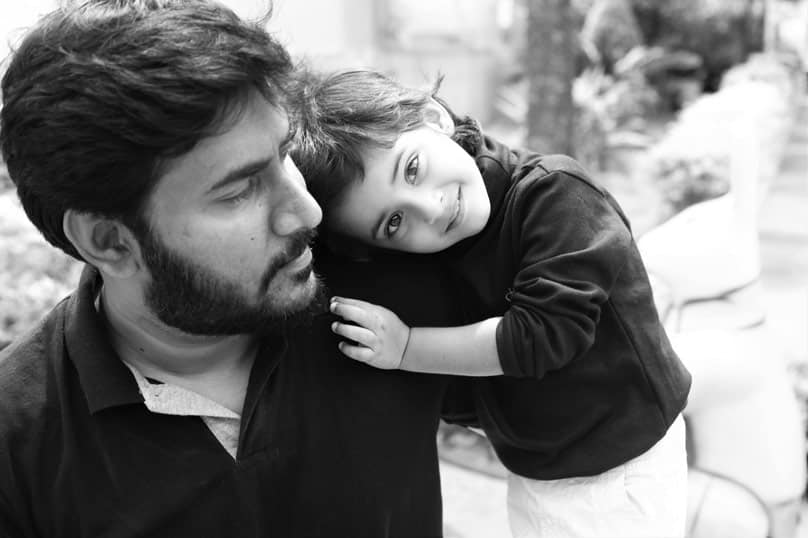 A new initiative will bring acclaimed men’s leader Robert Falzon to Sydney to give a series of talks to fathers, helping them to be the kind of men that deep down they want to be for their children. The talks begin on Tuesday, June 13 (details here). Here, Catherine Kennedy gives a taste of what Robert will speak about when he addresses to men in Sydney.

A new well-intentioned app called SMS4dads may give the impression that all that a man needs to do to be a good father is to read a helpful tip via SMS once or twice a week and follow it. Just as concerning is the subtle notion in contemporary circles that a man is a good father when he does nurturing activities in a feminine way, i.e., if he copies the mother.

Is there nothing more to fatherhood than this? Surely there is more needed from fathers and much more that good fathers do. It seems deeply unfair to men and children that a father’s role is not recognised, spoken about or encouraged as much as it should be.

To throw light on this subject, Robert Falzon, co-author of the book The Father Factor, will tour Sydney this week to speak about the importance of fathering for success and happiness of children and their fathers. He will also speak about healing when fathering has been physically or emotionally absent.

Based on collated scientific evidence but enriched by personal stories and case studies, the message is that fatherhood matters and has a unique role to play in families and society. Two case studies taken from the book that highlight the impact of fathering on the personal and community level are included below.

My (Robert’s) parents raised their children in a difficult environment and economy. They were/are good people. They were all well intentioned and tried hard, but with five children to feed, clothe, school and care for, there was never much money. There also never seemed to be much time for quality relationships.

My memory and experience of those times was that Dad was rarely home as a consequence of working two jobs and when he was at home he was exhausted and emotionally absent. We did not have a close relationship in those childhood years. I thought he loved me and I loved him, but we didn’t do many things together. We didn’t play much; he was not at the special events or present at my sporting activities and achievements.

The lack of a strong father-son relationship left me with many unanswered questions, confusion about who I was and what it was to be a man. My reflection is that I was searching and longing for affirmation, validation, modelling and instruction. It didn’t come and I was left incomplete and strangely ashamed.

Now, I do not blame my father for any of this. It was not his fault. He did the best he could, given the times and circumstances. His own upbringing left him significantly impaired and unfinished as a man. His father (my grandfather), Joseph, was a cook in the merchant navy. It was the era of steam driven vessels and long voyages across oceans and seas. Joseph was away most of Dad’s life, coming home only for a few weeks a year. My recollection of my grandfather, Joseph, was a one-off meeting. He was sitting at the laminex table in the small kitchen of his very part-time home, rolling his own cigarettes for that evening. I cannot remember what he said, if anything. I don’t recall my Dad saying anything either. The only thing communicated was distance.

I think of these times with sadness. My Dad and I were strangers. I knew almost nothing about him, what he felt, how he thought, what made him happy or sad. Did he have dreams and hopes? I wanted and needed so much from him. He held and contained something for me (and I for him) that no one else had or probably could give.

Eventually, he said the words that I needed to hear: “I love you Robbie. I am so proud of you my son. You have what it takes to be a great man.”

Necessary, irreplaceable, delicious words that became flesh, which became a man – me. We enjoyed each other, did things together, grew in relationship, laughed and cried, and as a consequence I grew as a man and he grew as a Dad. At this emotional banquet there was much healing, nurture, and nourishment.

Concerned about the damaging effect of fatherlessness on its citizens, the town of Chattanooga in the US decided in 1997 to take remedial action. A group of private businesses within the town launched the ‘First Things First’ project. They had three goals:

all by 30% within 10 years. The businesses used their financial and human resources to:

1. provide education,
2. foster collaboration, and,
3. mobilise the citizens of the town in the care of family life.

They set up a web-site (firstthings.org), organised seminars and provided resources and support. After 15 years the divorce rate in the town had dropped by 27%, the teen unwed pregnancy rate had dropped by 63% and fatherly involvement in families had significantly increased.

To see times and venues for this week’s Father Factor presentations, see below or go to www.credosydney.org/thefatherfactor.