Media reports that proposed euthanasia and assisted suicide laws have been delayed in the New South Wales parliament are misleading, say pro-life campaigners.

Director of Hope Branka van der Linden said that the fight is “most certainly” still on, despite news headlines declaring a delay on the Voluntary Assisted Dying Bill until 2022.
It is expected that the euthanasia and assisted suicide bill will begin to be debated in the Lower House on Friday, 12 November, shortly after parliament resumes from its current break.

An Upper House inquiry has already begun and will be held over November and December, and will report back by the first sitting day of Parliament in the New Year.
“This compressed timeframe is very different to the ‘brakes off’ situation being portrayed in the media,” Ms van der Linden said.

An Upper House inquiry has already commenced, with submissions open until 22 November. Members of the public are invited to make their views known.

Archbishop Anthony Fisher OP says the bill is the “the most radical piece of legislation ever proposed in NSW”.

“Archbishop Fisher is encouraging Catholics to write to their local NSW MPs, urging them to vote against the proposed euthanasia legislation.”

“It will create two classes of people: those whose lives are sacred, and those judged better off dead: those whose right to life is inalienable and those who’ve lost it or can give it up; those shielded by our homicide laws, and those subject to state-sanctioned killing; those discouraged from suicide, and those assisted with it,” he said last week.

Neither Premier Dominic Perrottet or Opposition Leader Chris Minns support the bill, while former Premiers Gladys Berejiklian and Mike Baird and former deputy Premier John Watkins have each expressed their opposition to euthanasia and assisted suicide.

Archbishop Fisher is encouraging Catholics to write to their local NSW MPs, urging them to vote against the proposed euthanasia legislation.

Pro-life organisations are supporting an online petition at www.noeuthanasia.org.au

Members of the public may also make a submission to the Upper House inquiry until 22 November via an online questionnaire which can be found at parliament.nsw.gov.au/committees/inquiries

10 things about the NSW euthanasia bill 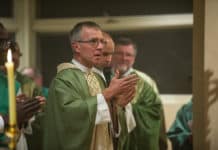