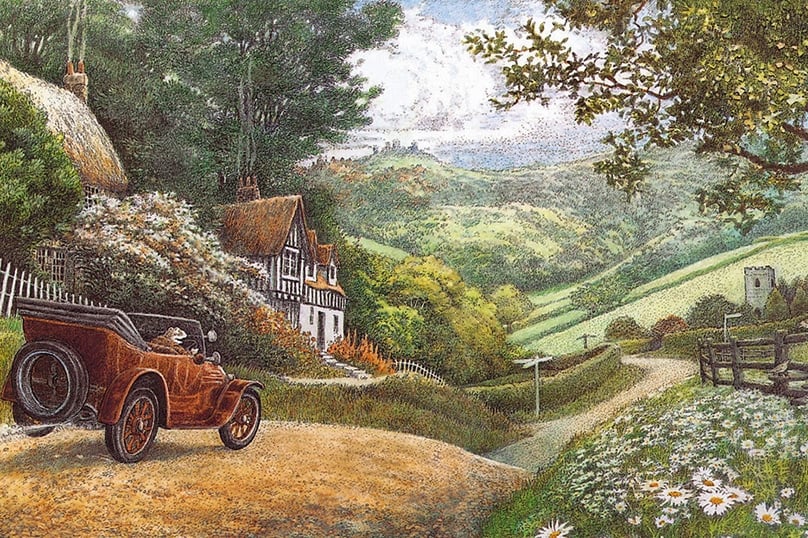 There is a great deal of talk in Liberal Arts Colleges about “The Great Books”, a phrase that usually refers to the seminal works of Western Civilisation, from Homer and Plato, through Dante and Shakespeare and beyond. The Great Books Movement, which sought to restore such works to the centre of the university curriculum, was popularised by Mortimer Adler in the 1930s. In his work How to Read a Book, Adler, a professor at the University of Chicago, provided a tentative list of the works he considered to comprise the Great Books. This list has remained authoritative, with some additions, to this day.

The appeal of the Great Books is that, in the words of one old professor, “they aim at an understanding of the permanent things”, such as love, the meaning of home, and the nature of the Good, the Beautiful and the True. The Great Books, as Adler argues, were, with few exceptions, written with the general reader in mind. For this reason, the truths they contain are open and available to anyone of good will and average intelligence. Moreover, if read carefully, with depth and love, they can even yield their secrets to a student without the assistance of a lecturer.

Yet in the experience of many teachers of the Great Books, students who encounter them for the first time are often daunted by the task set before them, perhaps because of the length of some of the works, or because of the apparent complexity of their arguments (in the case of Plato’s Republic, for example), of their structure (Homer’s Odyssey, for example) or of their language (the works of Chaucer and Shakespeare here come to mind). The real reasons, however, go deeper.

In attempting to understand why intelligent young men and women were occasionally unable to grasp the significant human experiences treated by the Great Books, an American professor by the name of John Senior, who jointly founded and taught in a hugely successful Integrated Humanities Program based on the Great Books, concluded that a man cannot truly comprehend the 100 Great Books if he has not first had the soil of his imagination prepared and nourished by the thousand good books. Only in a mind enriched by the good books, Senior believed, can the significant experiences and truths of the great books take root and grow.

By the “good books”, Senior had in mind everything from the rhymes of Mother Goose, the Fables of Aesop and the Fairy Tales of the Brothers Grimm, to works such as Treasure Island, The Wind in the Willows, Wuthering Heights and The Virginian. Senior recognised that just as in the spiritual life we must become as little children before we can enter the Kingdom of Heaven, so it is in the intellectual life.

The heaven of the Great Books, with its many mansions, is closed to those who have forgotten the joy of hearing a fairy tale told over and over again, or who can no longer appreciate the charm, wit and bold human wisdom to be found in Aesop’s Fables. Senior called it the “restoration of innocence”, which he believed to be a necessary prerequisite (necessary but not sufficient), to the Restoration of Christian Culture (the title of his second collection of essays).

“Wait a minute, where is this going?” I can hear the bright and sophisticated reader asking, “Are you about to suggest to us that we spend our leisure time reading children’s literature?” The answer, in short, is “yes”, although many of the thousand good books were not written specifically for children.

And so, following Dr Senior, I offer you the following reading list, preferably to be undertaken in this order. First, I recommend the reading of the Fables of Aesop. These charming fables present, in miniature, most of the great dilemmas we encounter in our daily lives. It is from them that we derive many of our popular expressions, including “sour grapes”, “the goose that laid the golden egg” and “the boy who cried wolf”, although the tales are much more than the morals often adduced from them.

Second, I suggest you reacquaint yourselves with some of the great fairy tales, including: Hansel and Gretel, Little Red Riding Hood, Cinderella (these three should be read in the versions of the Brothers Grimm), and Jack and the Beanstalk.

“Nothing”, wrote the psychologist and critic Bruno Bettelheim, “can be as enriching and satisfying to child and adult alike as the folk fairy tale”.

Finally, I recommend Kenneth Grahame’s The Wind in the Willows. In its evocation of the English countryside, and its memorable depiction of the adventures of Mole, Rat, Badger and Toad, it is a true classic, one that washes away bitter sophistications and worldly cares.