Following Anna Krohn’s beautiful roundup of bishops’ responses to the new Motu Proprio, you can now track them online.

There’s website called https://traditioniscustodes.info/ which shows how bishops around the world are responding. There’s a traffic light system – red means all Latin Masses are suppressed, yellow means some are, and green means none are.

Some bishops have authorised all priests to continue saying the Latin Mass privately, and that won’t be captured in this database. But it’s not a bad guide to how things are tracking globally.

And a whopping 82% – 130 dioceses – have announced that they’re leaving things exactly as they are. Around half of all dioceses on the database are in the US (74), and almost all of them have green lights, with a few yellows. None have red lights.

This is only a tiny sample of the world’s many Catholic dioceses (around 2,250 in case you were wondering). But this is just after just a couple of weeks.

Some bishops have asked for more time to think. But quite a few simply green-lighted their diocese.

Let’s look at the red-light dioceses. The standout country is Costa Rica, where there is one Archdiocese and seven suffragan dioceses. Seven of the 8 dioceses have suppressed all Latin Masses.

Apparently this was decided collegially and synodally, “as a fruit of the pastoral discernment that we carried out in communion with many other members of the faithful”, according to a Catholic News Agency report.

There are nine currently active bishops in Costa Rica, all of whom except one were appointed by Pope Francis. Their Archbishop was one of Pope Francis’ first appointments, just a couple of months after the conclave.

It does seem rather ironic that a Latin American country has completely banned the Latin Mass. What’s even more interesting is how few other countries have followed this example.

It’s estimated that around 75% of Costa Rica’s population is Catholic, but like everywhere else, that’s been dropping steadily. Costa Rica’s bishops and their persistent battle with the Latin Mass is a lively story, which you will soon discover if you do a bit of Googling.

A group of lay faithful and interested priests have been working for around 20 years to set up a Latin Mass centre there. The local bishops breached the conditions of Summorum Pontificum – which gave everyone access to the Latin Mass – and suppressed these efforts, over and over.

Pope Francis said that Traditiones Custodies was a response to negative data collected from bishops around the world. We will never see this data, so we have to take his word for it.

The real-time data shows a single Spanish-speaking country in Latin America leading a Don Quixote-like charge at the windmill of the Latin Mass.

So far, they’re all alone on their crusade. Watch this space. 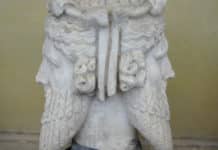 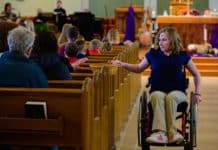 Wichita model may well be the way to go 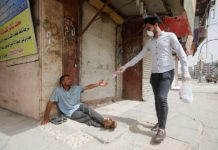 Philippa Martyr: A resolution for 2022: live your faith