One of my recent articles – on being a liturgical nomad – made it to the Catholic Weekly Facebook page, where it caused a kerfuffle.

It was interesting to see how many people thought it was a piece about bad music ministry. (Most of these people were in music ministry themselves). One lady thought I should be sent a list of local Latin Masses to attend – and she didn’t mean it in a welcoming and inclusive way. But this was exactly the point of my article. I have been a liturgical nomad for years because people kept telling me to go to Mass somewhere else if I didn’t like the way things were done in ‘their’ parish.

The article was about how hostile some parish communities can become when feeling good about ‘their’ liturgy has become their reason for turning up. I don’t believe for an instant that Vatican II meant to turn us into little inward-looking enclaves where Dorothy always gets to wear an alb at the weekday Communion Service just as long as Terry’s grip on the flower arrangements remains unchanged.

Vatican II called instead for the laity to be set on fire with the Holy Spirit – to become a huge tidal wave of John the Baptists. We were to run like sparks through the stubble (Wis 3:7). We were to fast, and pray, and work, and set the world on fire in turn. But instead we embraced contraception, turned our parishes in on themselves, and died slowly of boredom as we argued over whose turn it was to take up the offertory procession.

US Bishop Robert Barron has coined the phrase ‘beige Catholicism’ to capture our terrible seamless integration into the modern pagan world. This has almost strangled Vatican II’s urgent call to personal holiness. It’s this that’s emptied our churches. People have simply found more enjoyable things to do with their time on a Sunday. And I don’t blame them.

Who wants to sit for an hour in a beige church, listening to beige music, and watching a ritual they know nothing about, despite twelve years of expensive Catholic schooling?

When salt loses its savour, it’s useless (Matt 5:13). But we can at least try to save the saltier bits of the Church that have survived.

And it’s the crunchy burnt bits of the Church which seem to be attracting the youngest people. If you have a parish priest who genuinely believes in God, who teaches the truth in and out of season, and who says Mass reverently, people will always vote with their feet.

They will come into the parish with joy, or they will leave because they’re not allowed to play the saxophone any more. You don’t need a lot of salt to season something like a pagan world. But you do need salt that’s actually salty – different from the world.

Until we live lives that glow with personal holiness, no amount of committee meetings can save us. And on that happy note – next week, back to the Plenary Council! 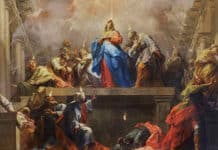 Dr Philippa Martyr: The Spirit’s tough, but not a disruptor 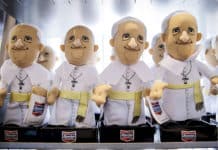 Dr Philippa Martyr: The cutout Francis of the reformers 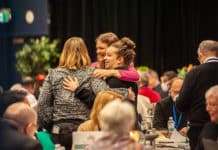