The Prayer of St Ephraim

Lord and Master of my life,
give me not a spirit of idleness, meddling,
love of power and idle talk.
But grant me, your servant,
a spirit of soberness, humility, patience and love.
Yes, Lord and King,
grant me to see my own faults, and not condemn my brother;
for blessed are you, to the ages of ages. Amen.

If his new book is any indication, the Greek Orthodox Church in Australia is in the hands of a deeply spiritual and wise pastor. Based on the Prayer of St Ephraim – which is considered by the Orthodox to be the prayer of (Great) Lent – Archbishop Makarios’ short book (116 pages excluding references) is a profound reflection on the human condition. While the principles he draws on are timeless, the true genius of this work is the way the Archbishop applies these eternal truths to the realities each of us faces today.

St Ephraim (306/9-373/9AD) was a Syrian ascetic who lived and wrote at a time when the Christian Church was striving to preserve orthodoxy in the face of various heretical views on the nature of the Trinity, not the least of which was Arianism. Writing in Syriac, Ephraim wrote much, and is particularly renowned for his enormous corpus of hymns, which was comprised of perhaps three million lines of verse. Of these hymns, only around 400 have survived.

Hymn writing in Ephraim’s time was not simply for the purpose of beautifying the liturgy (something many modern hymns fail to achieve). Certainly, Ephraim’s hymns would have achieved this purpose, being composed carefully according to the accepted rules of hymnody and being sung publicly by an all-female choir. Hymnody had (and has) a deeper purpose, one that linked neatly with Ephraim’s profession as a teacher of the faith; to convey the truths of the Christian faith to the masses.

His Prayer, which the Archbishop bases his work on, is a further example of the way liturgical prayer can be both edifying and educative.

Here I would like to point out some personal highlights from my reading of the Archbishop’s book. I will focus only on the reflection he offers on three of the four spiritual illnesses mentioned in St Ephraim’s Prayer: idleness, curiosity or meddling, and love of power.

Idleness (ἀργίας)
The first spiritual illness identified in St Ephraim’s Prayer is idleness. While the word used in the Greek Liturgical version of Ephraim’s Prayer can have the positive sense of rest or leisure, here the saint is petitioning God to save him from laziness, sloth, and idleness. Reflecting on this petition, the Archbishop recognises that we often tend to “identify our life with leisure, holidays and pleasure and as a society we approve of isolation, individualism and personal enjoyment.” Of course, the desire for pleasure is not intrinsically wrong. Rather, when pleasure becomes the goal of our existence, it is inevitable that disappointment and sorrow follow. This insight leads us to consider the fact that many fail to realise that re-creation is not principally concerned with pleasure-seeking, but rather, it is an opportunity to share in God’s creative work.

A failure to share in God’s creative power leads the idle person into pessimism and negativity. As an antidote to this attitude, which is a short step away from spiritual suicide, His Eminence invites us to recall a day when we were active, creative, and joy-filled; that is, a day when “we used our time in a productive manner and, thereby, cultivated our talents.” This is simple but profound wisdom that speaks to the hearts of those of us who have set ourselves pitiful and pathetic spiritual and human goals. For me, this is a call to look outwardly and to give myself in meaningful and creative service, thereby participating in the life-giving work of God.

Curiosity (περιεργίας)
The second spiritual illness mentioned by St Ephraim is curiosity, which may also be understood as futility, needless questioning, useless learning, or intermeddling with the affairs of others. It is a natural consequence of idleness. The most well-known example of curiosity, the Archbishop notes, was the sin of Adam and Eve!

Curiosity may be seen in the person who seeks to fill his or her mind with information that ultimately serves to turn one away from God. His Eminence particularly warns us of the dangers this illness poses for the young who “are wasting invaluable energy and dynamism by surfing the internet for information and, in the end because of their curiosity, they misguidedly form in their mind a picture about how to fall in love, what an ideal family should be like and what is an ideal way of life.”

This is not, however, simply a problem for young people. I was particularly consoled and saddened by the Archbishop’s observation that “[e]ndless information confuses people and destroys the peace of a person’s soul” and that the result is disorientation and weariness. I was consoled as it confirms what I feel, and I was saddened as I don’t yet have a convincing plan for solving this problem in my day-to-day life. It is said that recognising the problem is the first step to solving it, so perhaps there is hope yet for a way forward!

Love of Power (φιλαρχίας)
“Love of power,” writes Archbishop Makarios, “is self-conceit, pride, the pursuit of leadership, thirst for power, anxiety to rule over others, mania to be the first, lust for authority, ambition in seeking high office and love for every kind of governing position.” It is, he states, linked to idleness and curiosity as “those who are idle and curious want to hide their poverty and inner emptiness with a sense of importance that they receive when in a position of power.” 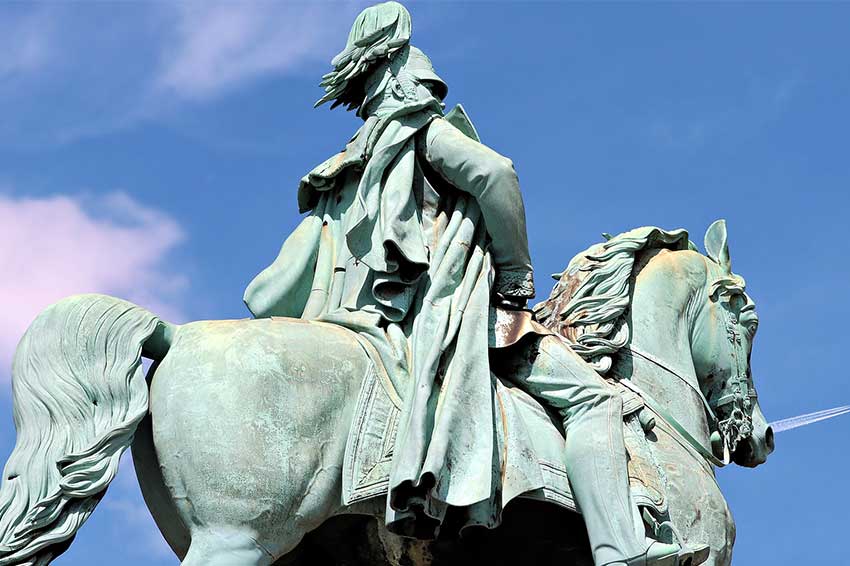 We ought to take a step back for a moment to consider that these words are authored by a man who is has been vested with authority and power over two million persons! In writing thus, the Archbishop is offering a reflection on a spiritual danger he must no doubt be incredibly wary of succumbing to.

With this in mind, it is obvious that not all leaders suffer from this spiritual illness and that leading is not, in itself, an evil to be avoided. Rather, what St Ephraim is asking of God is the purification of his heart so that he might be holy in whatever station he finds himself.

As one who has been given various leadership roles over time, the words of St Ephraim are a clear warning to me to constantly investigate my motives, desires, and ambitions in order to guard against seeking power for its own sake. I am consoled to know that I am not alone in fighting this temptation!

There are many in the Australian congregation of the Greek Orthodox Church who are excited at the appointment of Archbishop Makarios, a youthful and holy man, as their pastor. Catholics should share this excitement! Saint John Paul II famously stated in his encyclical Ut unum sint (para. 54) that the Church must breathe with two lungs. Let us pray for His Eminence Archbishop Makarios and for his people, and for greater unity between Christians so that we might breathe more deeply in the Holy Spirit.

This book guided my spiritual reading over a number of weeks. I highly recommend it to anyone who genuinely desires to grow deeper in self-awareness, holiness, and union with God and neighbour!

Lord and Master of my life is available at the Mustard Seed Bookshop.

Dr Kevin Wagner is a lecturer in the School of Philosophy and Theology at UNDA-Sydney. He is also a member of the Emmanuel Community. 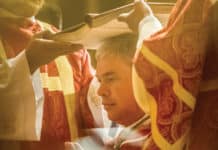