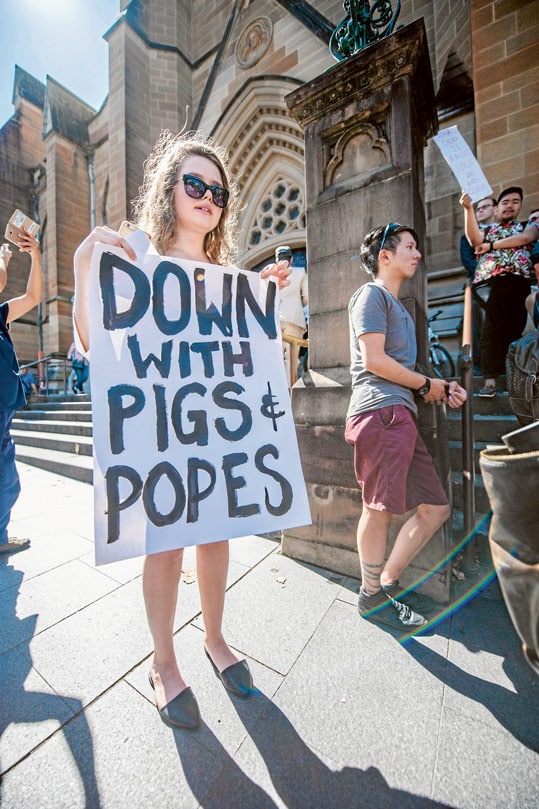 Archbishop Fisher’s Easter warning that “Powerful interests now seek to marginalise religious believers and beliefs, especially Christian ones, and exclude them from public life” is timely given the ever increasing secular threat undermining Christian institutions and values.

During last year’s debate about same-sex marriage Tasmania’s Archbishop Porteous was threatened with being taken before the anti-discrimination commission for distributing the Don’t Mess With Marriage booklet to Catholic schools.

And those arguing in support of the traditional definition of marriage, instead of their arguments being evaluated objectively and impartially, were condemned as homophobic, heteronormative, transphobic and, worst of all, for being Christian.

Just witness the attacks on Australia’s tennis great Margaret Court and rugby’s Israel Folau for daring to question same-sex marriage and for suggesting that homosexuality runs counter to the Bible’s teachings.

Other examples of ad hominem attacks include Tony Abbott being vilified as the Mad Monk and Kevin Andrews being condemned for introducing anti-euthanasia laws on the basis that he acted in the light of his Christian beliefs and values.

More recently a number of submissions to the Commonwealth inquiry into freedom of religion and beliefs also display an intense dislike for Christianity by seeking to remove current exceptions and exemptions to anti-discrimination laws.

Liberty Victoria’s submission argues that freedom of religion should not be given special status on the basis, supposedly, that “religious bodies have a long history of discriminating against and persecuting others” and that “religious practices and behaviour cannot be above the law”.

The submission also argues that “government policy and laws should not be based on religious beliefs” and that “Religious practice that affects others, directly or indirectly, should have no special status”.

Not surprisingly, the submission from the Secular Party of Australia also argues that freedom of religion must be curtailed on the basis “religion is a private, individual matter and religion should not impact the public square”.

Bizarrely, after equating Christianity with the more radical extremes of Islamic fundamentalism practised in Indonesia, Saudi Arabia and by Jihadist terrorists, the Secular Party also argues that governments must be secular because all forms of religion lead to violence and death.

Recommendations to the Commonwealth inquiry include banning government funding to religious schools, removing current exemptions granted to doctors and health professionals in relation to abortion and removing the freedom faith-based schools have over employment. Even though existing state and territory legislation allows government schools to include formal Religious Instruction classes and teaching about religion in the general curriculum the submission from the Fairness In Religions In Schools seeks to banish religion from state schools.

Based on recent events in Quebec, the submission argues that parents’ rights under international agreements to ensure their children’s education accords with their personal religious convictions should no longer apply.

Instead Religious Instruction should be banned from government schools and education ministers should endorse a secular course in philosophy that eschews teaching about religious beliefs and values. 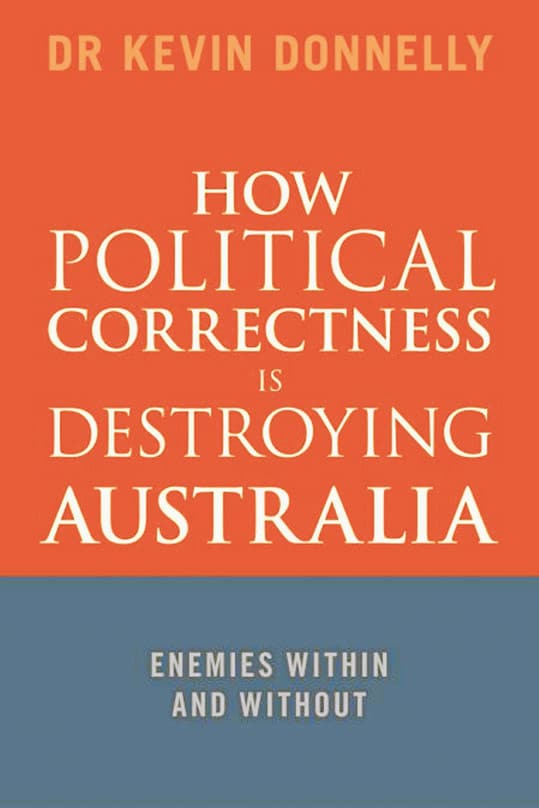 While a number of submissions to the Commonwealth inquiry argue religious bodies and individuals must be protected and religion is a vital element in public debate and policy it’s clear that there are forces mobilising to enforce a secular, anti-Christian agenda. In Victoria the socialist-left Andrews government has banned Religious Instruction classes from the formal school curriculum while mandating the Marxist-inspired Safe Schools gender and sexuality program for government schools.

A program that teaches students, even though approximately 98 per cent of Australians identify as women and men, that gender is fluid and limitless and that boys can be girls and girls can be boys.

In Australia’s national curriculum while students are told again and again across a range of subjects that they must learn to value and appreciate Aboriginal culture, history and spiritual beliefs, Christianity’s central role in Western civilisation and Australia’s development as a nation is rarely, if ever, mentioned.

Ignored, as argued by Perth Based academic Augusto Zimmermann, is that Christianity underpins the Westminster form of government and the common law system we inherited from Britain that guarantees the freedoms and liberties we take for granted. Also ignored, as argued by T S Eliot in Notes Towards a Definition of Culture, is that religion is vital to any culture and in relation to Western civilisations like Australia Christianity is central to what it is that makes as unique. The 19th century aphorism ‘eternal vigilance is the price of liberty’ remains as true today as when it was first written and nowhere is this as important as when it relates to religious freedom.

As stated by Archbishop Fisher “We cannot take the freedom to hold and practice our beliefs for granted, even here is Australia” and it is vital that committed Christians enter the public debate and win the battle of ideas.

Dr Kevin Donnelly is a Senior Research Fellow at the Australian Catholic University and author of How Political Correctness Is Destroying Australia (Wilkinson Press forthcoming).