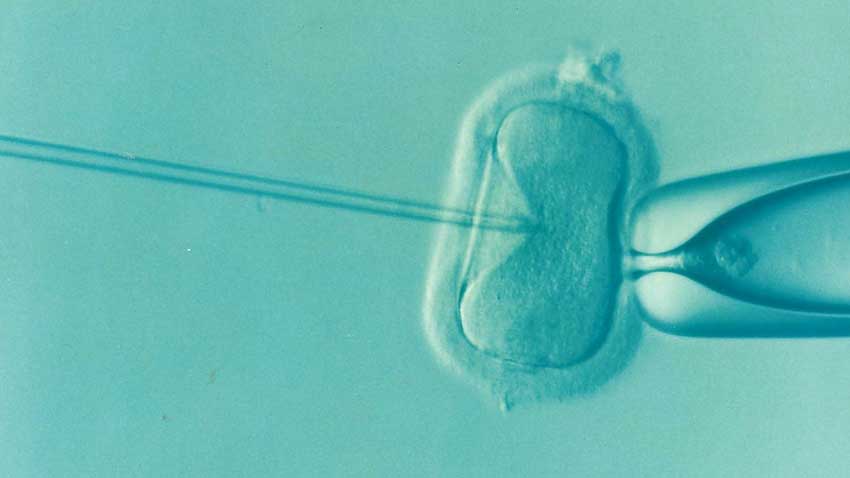 If a couple who have embryos in storage separate or divorce, how should the fate of the embryos be decided? Should a prior agreement settle the matter? Or, if the embryos are genetically related to only one of the adults, should biological connection settle the matter? Indeed, does it make sense to think of human embryos as personal property, the kind of thing which can simply be part of a property settlement?

Every now and then, these ethical questions arise in the form of legal questions, and courts, which should be informed by sound ethics, often decide the cases without acknowledging the central ethical fact: the status of the human embryo. More of that later.

In 2006, Anne and Betty did separate. Sometime later, Betty went on to have another six embryos created with her own eggs and sperm from the same donor. Subsequently, Betty wanted to have another baby who would be a full genetic sibling to her youngest child.

She said she feared that, if Betty had another child using one of the disputed embryos, she (Betty) would love that child more than she would love the children they already had. But Betty thought it was cruel of Anne to want to destroy embryos to which she had no genetic relationship.

The first thing that strikes me about this case is the anonymity of the sperm donor. Decades ago, the Australian Health Ethics Committee pointed out that children are entitled, ethically entitled, to knowledge of, and if possible a relationship with, both their biological parents.

It prohibited clinics in Australia from creating embryos using sperm from anonymous donors. That ethical understanding gained such widespread recognition in the community that legislators built it into laws governing assisted reproductive technology all around the country.
Of course, couples can always go overseas to circumvent this ethical requirement.

But the anguish of many people, now adults, whose lives began in this way, who sense the injustice done to them, has been so powerful that Victoria has gone further to protect that entitlement by retrospectively removing anonymity.

In passing we should think about the storage of embryos. In allowing this practice to develop in a largely uncontrolled way, we have endorsed a method of treating human embryos which fails to accord with their status as human individuals.

The problem of embryos left in limbo

We have also fostered a practice in which thousands of embryos languish for years in fridges. That said, the most recent solution, that adults may donate their ‘spare’ embryos to research the conduct of which destroys them hardly seems better than leaving them in storage. Which is why there is a debate amongst Catholic moralists about the ethics of ‘adopting’ abandoned embryos.

And if it is clear that no one wants the embryos, is discarding them all we can do?

But the most significant question raised by this case is how we ought to think of human embryos. Certainly not as mere property.

Perhaps the best we can do is to observe that the old adage, so instructive in palliative care, to the effect that ‘thou shalt not kill; but needst not strive officiously to keep alive’ has point here too. ‘Allowing them to succumb’ is substantially different from ‘discarding’ them!

But the most significant question raised by this case is how we ought to think of human embryos. Certainly not as mere property. Indeed, sometimes we need to be reminded that an embryo is an individual human; the earliest precursor of what each of us is. So deliberately destroying embryos as though they were mere property is hardly an ethically-indifferent act.

In the end, Anne withdrew her application to the court for an order to have the embryos destroyed. So we will never know what ethical considerations would have been observed, or ignored, in the Court’s decision.

Silvana Scarfe: Adopting embryos sounds noble – but is it really?