Two Dominican Brothers were ordained to the diaconate on Saturday morning in a marathon effort from their brother Dominican, Archbishop Anthony Fisher OP, who had only just touched down in Australia after a delayed flight from Rome.

The two Sydney men, Br Matthew Boland, 38, and Br James Baxter, 34, were joined in the happy occasion at St Benedict’s Church, Broadway, by more than 150 family and friends as well as many Dominican confreres.

The two new deacons have spent the past five years in formation, attending the Dominican Studium, or house of studies, in Melbourne.

Br Matthew was a publican, working in hotels and bars, before entering the Dominican postulancy in February 2009.

“It was quite a handy experience; the interaction with people on a daily basis,” he told The Catholic Weekly. “Pubs sort of have their own community, which is obviously quite different (from a parish) but, in some aspects, the same.

“You get into a lot of deep conversations over the bar and that carries over a bit to religious life.” In addition to feeling God’s call to the religious life, Br Matthew said he had been attracted to the Dominicans “by more prosaic things” such as the balance the order had struck in its almost 800-year history, between study and an active life of service.

“We also have monastic observances, prayer in common and meals in common; it’s a well balanced life.

“And I’m very attracted to the thought of (the 13th century Dominican priest and theologian) St Thomas Aquinas, who forms a large part of our intellectual heritage.”

He said he and Br James appreciated the support of Archbishop Fisher who had attended all of their professions and other milestones over the years. “I don’t think he had slept for a long time,” Br Matthew said, referring to the archbishop’s delayed flight.

“That was a great effort and show of support on his part. He’s been very supportive throughout our religious life and studies.”

The character and heritage of the order will be on display at the Dominican Spirituality Day on 1 August, Dominican Saints and Sinners, hosted by the Dominican Friars and the Sisters of St Cecilia. In November the order begins a year of celebration marking 800 years since it was approved by Pope Honorius III. 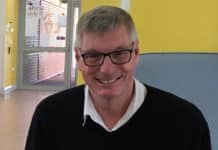