Too often Christians divorce themselves from the world of politics and economics, dismissing it as a secular pursuit which is somehow too difficult for people of faith to navigate. Indeed, when we hear of CEOs earning millions of dollars a year, while young families struggle to find suitable housing, it may be difficult for many to see the positive side to involvement in the social sphere. How do those of us committed to the City of God deal with living in Babylon? St Augustine tried to sort this out in his epic work City of God.

Opting out is not an option. As Catholics we are obligated to bring the light of Christ to those places where it might not shine otherwise.

Let me introduce you to someone more recent than St Augustine. His name is Jose Maria Arizmendiarrieta. 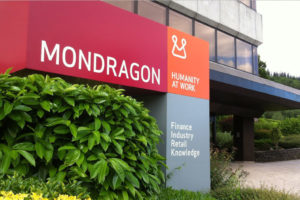 Back in the 1980s I had heard about the success of the Mondragon co-operatives in the Basque areas of Northern Spain. I got it. It made a lot of sense. I knew then that the whole set up was based on Catholic Social Teaching (CST) and was the brainchild of the parish priest of the town of Mondragon. Googling Mondragon, however, leads you to some left-wing socialist websites which extol the virtues of labour, independent of humanity’s spiritual nature. This was not Don Jose Maria’s vision.

Recently I learnt that he is being considered for canonisation, and there was some impetus towards this in 2015, the centenary of his birth. So, just who was Jose Maria Arizmendiarrieta?

My research led me to some Spanish and Basque language documentaries on YouTube. My Spanish is rudimentary, and fortunately the Basque had Spanish subtitles.

Particularly informative in relation to his spirituality was the documentary Solo sacerdote y siempre Sacerdote (Only a Priest and Always a Priest). This was the motto of the seminary in Vitoria attended by Arizmendiarrieta.

He was born into a peasant family, the eldest of four children. His peasant origins proved seminal to his thought. It gave him an insight into the place of human work, in co-operation with the Divine creation, in transforming nature.

His years in the seminary coincided with the resurgence of Basque identity, but this resurgence was cut short by the Spanish Civil War. While in the seminary he was shaped by the developing CST, particularly the encyclical Quadragesimo Anno (The Reconstruction of the Social Order) of Pius XI, published in 1931 on the fortieth anniversary of Leo XIII’s Rerum Novarum (On Capital and Labour). The encyclical alerts to the dangers of unrestrained capitalism and the totalitarianism of socialism/communism and proposes a rebuilding of the social order based on solidarity and subsidiarity. It suggested a ‘third way’ of co-operation between government, industry and labour as a solution to the polarities of capitalism and communism.

The Civil War in Spain made those global political movements a distressing reality with serious consequences for its people.

In 1941, instead of going to study philosophy at Leuven, and possibly as a punishment for his anti-Franco sentiments, the young priest was posted to the parish of St John the Baptist in the devastated former steel-making town of Mondragon in the Basque country. The Basques are a strong and feisty people with a strong sense of regional identity. During the Spanish Civil war, they had opposed Franco, and subsequently suffered heavily. The nearby town of Guernica, the subject of Picasso’s famous anti-war painting, illustrates the suffering of this entire region.

Faced with a depressed economy, Arizmendiarrieta, or Don Jose Maria, as he was known, set out to restore both the religious and social morale of the town.

As a priest, he saw himself in the mould of Christ, whose entire life was the giving of oneself for others. The priest was a man for others – a mediator between God and man.

He understood the new order as based on the dignity of the human person, and as a priest his role was to make the Word incarnate. The role of the priest was to make Church teaching real. Don Jose Maria believed that an idea which cannot be stated ‘as word’ was not a good idea. Further, the word that cannot be translated into action was not a valid word.

And he set about to incarnate the Word. He took his parochial duties seriously and is known for having lived frugally and spent up to three hours each week in the confessional. His first initiative in the social sphere was to establish a soccer club. This was his way of rounding up the youth. From there, he founded a technical school. CST was part and parcel of the curriculum. He saw education as pivotal in social transformation and was determined to make education and culture available to the workers.

His objective was to raise up secular apostles who would be leaders in the Christian life – young people who well understood Catholic doctrine, to which CST was essential. Don Jose Maria understood formation as the means by which individuals were formed within the community. He sought to form ‘co-operators’ rather than ‘co-operatives’, although the latter was the inevitable result of the former.

From among the early graduates of the technical school, five young men set up a worker cooperative manufacturing fuel stoves. Don Jose Maria was concerned with more than just a successful economic enterprise but also with the principles of solidarity and creating right moral attitudes which would lead to community sanctification. From John XXIII’s Pacem in Terris (Peace on Earth), he taught that work is the means of human co-operation with God in perfecting nature both through the self and the environment.

From such humble beginnings, the Mondragon Corporation now consists of 276 worker-owned co-operatives which employ 70,000 people. The Mondragon Corporation has its own university, bank and social security system. The Corporation is also addressing globalisation – it now employs some 10,000 workers in its global enterprises. Along with creating jobs, they are endeavouring to educate their global workers in the principles of cooperation.

It can be argued that the Mondragon corporation has indeed created a culture of co-operators.

There are no high-flying executives. The most highly-paid director receives a salary no more than five times that of the lowest co-operative member. Despite this apparently ‘low’ pay for executives, they do not seek to move on to more lucrative employment. As Mikail Lezamiz told me on a visit to Australia in 2013, Mondragon offers its workers excellent professional development opportunities, together with a work-life-balance.

Mondragon was largely untouched by the 2008 Global Financial Crisis, because the workers were prepared to adjust their prices to suit the market. The worker-owners in the white goods manufacturer did vote to give themselves pay cuts in two consecutive quarters, but in doing so they were able to maintain their market share and continue to operate. Their short term sacrifices for survival guaranteed that they would remain in business and good times followed.

We hear much about the difficulties of the economy in Spain, but these trends are in reverse in Mondragon.

Australia also was once a leader in the co-operative movement. In the 1950s and 1960s many Catholic parishes operated a credit co-operative, providing reasonable interest on savings and affordable loans to customers. Mutual associations and credit unions operated on similar principles of common ownership through a share system. Many professional bodies of teachers and police encouraged members to save in a co-operative credit union. Some of these have merged to form Australia’s only co-operative bank. (I suspect many readers are still members of the Book Co-op which they joined in their university years.)

In Australia the co-operative movement went into decline in the 1980s. This was partly due to the ignorance of graduates in economics who did not understand the principles of co-operatives. The ‘greed is good’ mentality saw the hostile take-overs of many co-operatives, by managers who only saw them as asset-rich organisations to be liquidated. The result was that the work of many generations was sold off and one generation benefited. The ongoing benefits which members enjoyed are no more. No example is more tragic than the demutualisation of the AMP society.

In recent years there has been a resurgence of interest in the principles of co-operation. The Sydney University Business School has some academics researching in this area, so too the University of Newcastle. Former Victorian MP Race Mathews discovered the worker co-operatives of Mondragon after leaving politics. In his retirement however, he has promoted the co-operative cause through post-graduate study, supervised by Catholic academics from the University of Divinity (Kew, Victoria). His book Jobs of Our Own should be required reading by any Catholic serious about economic justice. His subsequent doctoral studies continue to explore these themes. The Business Council of Co-Operatives and Mutuals, under the direction of Melina Morrison, continues to support co-operative ventures and publicise their successes.

Politically, this country and many others are on the brink of moral bankruptcy. It might be time for a revolution. The revolution, to succeed, must be moral and economic. Many of Arizmendiarrieta’s supporters on the left eschew the moral demands, but it is precisely here that it will stand or fall. In the words of Don Jose Maria: “The economic revolution will be moral, or it will not be; the moral revolution will be economic, or it will not be.”

By 1973 after one serious heart-attack, Jose Maria Arizmendiarrieta knew the end was near. But as a Christian he saw death, not with fear, but as the ultimate liberation.