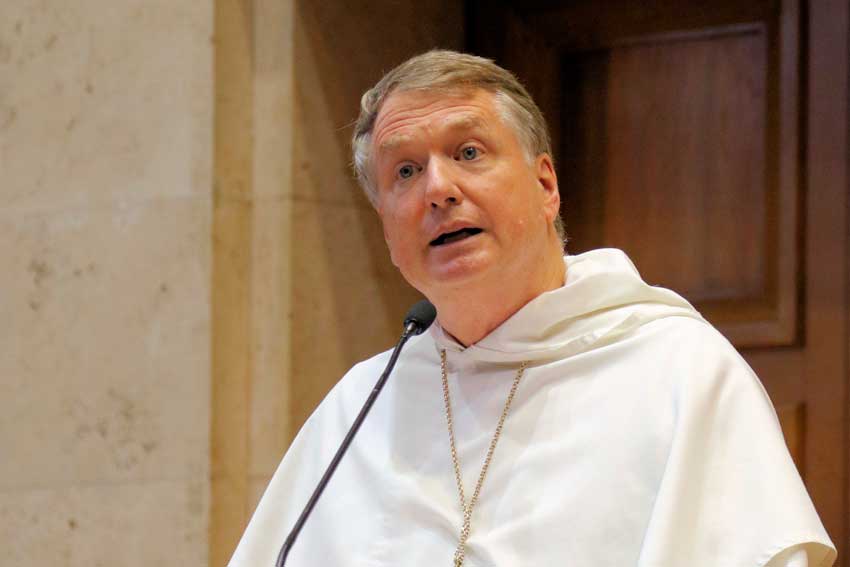 Archbishop Anthony Fisher OP has reiterated his view that child sexual assault must be treated as both a crime and a grave sin after the head of the Royal Commission into child sex abuse implied that current Church leaders fail to see it as crime.

Justice Peter McClellan told the Australian Human Rights Commission in a 10 December speech that when asked about the failure to act upon former abuse cases “more than one leader” told the commission that that they “perceived the offending to be a ‘moral failure’ rather than a criminal act”.

“This statement by leaders of the Catholic Church marks out the corruption within the Church both within Australia, and it seems from reports, in many other parts of the world,” he said.

However in a letter to The Sydney Morning Herald published on 14 December Archbishop Fisher said that the commission heard from many current Catholic bishops including himself, “that we have always regarded child sexual assault as a crime as well as a grave sin, and treated it as both … [Justice McClellan’s] speech gave the impression that [the view that abuse is only a moral failure] was still the common view among Catholic leaders. It is not.”

“I am appalled by the criminal acts of some clergy, religious and lay church workers in the past, ashamed of the failure of some church leaders to respond appropriately and committed to doing all we can to ensure these terrible crimes are never repeated.

“Tarring all past, present and emerging church leaders with the same brush in this matter, or implying that nothing has changed in the church since these matters came to light, is plain wrong.

“It also fails to acknowledge the efforts of many good people who have contributed to this change and continue to do so.” The Commission ran for five years and delivered its final report in 2017.

CRA president Br Peter Carroll FMS said the adoption of the National Catholic Safeguarding Standards earlier this year was an important moment in the Church’s response, while all Catholic dioceses except for one and all the major religious institutes have joined the National Redress Scheme.

“The Standards that religious institutes and dioceses have endorsed build on the 10 key elements as outlined by the Royal Commission, adding an additional layer of requirements that reflect the circumstances of the Catholic Church,” he said.

Br Carroll said crucial work is under way to develop new national guidelines with input from abuse survivors, to strengthen and standardise responses to historical and more recent concerns and allegations of abuse.

“Catholic Religious Australia and the Bishops Conference are working together to create or enhance approaches that are informed by best practice and reflect Catholic understandings,” he said. “How we protect those in our care and how we respond to people who have been harmed by the Church is core to our ministry.”

“The Church’s clear statement is that sexual abuse allegations are to be taken straight to the police as such behaviour is a crime,” the archbishop said.