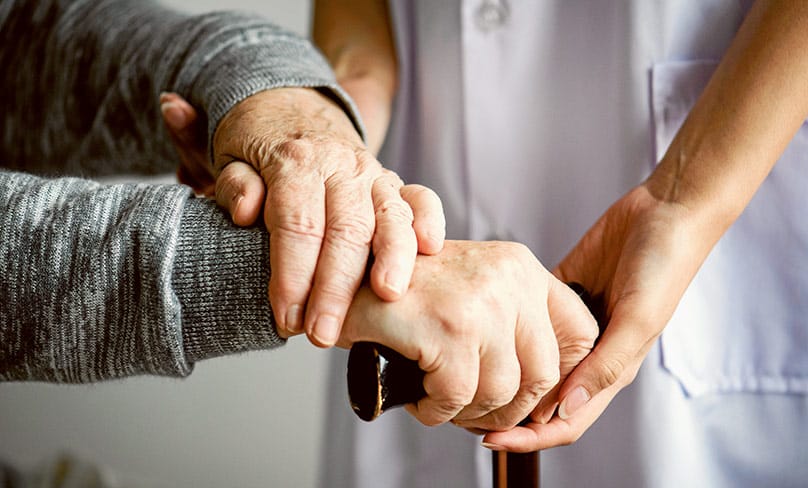 Medical experts are calling for a national advocacy body to monitor the welfare of vulnerable Australians in aged care especially during the COVID-19 pandemic.

our loved ones are dying

Professor Joseph Ibrahim, head of the Health Law and Ageing Research Unit at the Department of Forensic Medicine at Monash University, told the RC last week that the current handling of the COVID-19 pandemic in Aged Care was a ‘catastrophe.’

“We need a human rights and a public advocacy group to be there to advocate for the residents because there is no one advocating for the residents, “said Professor Ibrahim who testified to the Royal Commission into Aged Care on 12 August.

“It’s a catastrophe. Our patients, our residents, our families, our loved ones are dying.”

His call came amid community outrage following reports that COVID-19 patients in nursing homes were being sedated because they were denied admission to hospital.

The reasoning behind the sedation, according to sources, is to prevent infected residents from spreading the virus.  But such a measure is arguably putting unnecessary risk to patients’ by further comprising lung capacity according to University of Notre Dame Bioethicist Professor Margaret Somerville who spoke to The Catholic Weekly on the unethical practice of chemically restrained sedation.

“Sedation means that respiratory function is lower and the problem with COVID is that it attacks the lungs and people die of damage to their lungs and breathing,” said Professor Somerville who also said there may also an increased risk age-discrimination occurring in these situations – a discrimination against human dignity.

“There is also the risk of age discrimination – which is contrary to the human rights of these people instead of offering life support to give the best chance of surviving COVID.”

There is also the risk of age discrimination

Fortunately data from a survey conducted by Roy Morgan for the Royal Commission, which interviewed 10,518 Australians from all demographics found that over 90% of Australians agreed that the elderly not only have value to society but there is an obligation to look after and care for them with dignity.

The findings coming to light during this pandemic are therefore a shock to many.

Professor Ibrahim stated to the Commission that aged care residents were being treated like ‘second class citizens’ and that attitudes of futility towards those most vulnerable are fuelling a disaster that will prematurely kill hundreds.

“This is the worst disaster that is still unfolding before my eyes and it’s the worst in my entire career,” said Professor Ibrahim.

“I didn’t think we would sink any lower following the Royal Commission findings from last year and yet we have. In my opinion, hundreds of residents are, and will, die prematurely because people have failed to act.”

There’s an attitude of futility

“There’s a level of apathy, a lack of urgency. There’s an attitude of futility which leads to an absence of action.”

In the same hearing, Michael Lye Deputy Secretary for Ageing and Aged Care within the Commonwealth Department of Health, conceded to the Commission benefits of a national expert panel body to advocate for those in aged care in light of the overwhelming crisis.

“There is a role for organisations to get very practical benefit from clinical excellence-type people who are, for the most part, in the State and Territory health systems,” said Mr Lye.

“And so I do think, going forward, we need to look at that as an issue.”