Home Opinion Catholic News Agency: What did Pope Francis say about civil unions?
Share
Facebook
Twitter
Pinterest
Linkedin
Email
Reading Time: 7 minutes
“Francesco,” a newly released documentary on the life and ministry of Pope Francis, has made global headlines, because the film contains a scene in which Pope Francis calls for the passage of civil union laws for same-sex couples.

Some activists and media reports have suggested that Pope Francis has changed Catholic teaching by his remarks. Among many Catholics, the pope’s comments have raised questions about what the pope really said, what it means, and what the Church teaches about civil unions and marriage. CNA looks at those questions.

What did Pope Francis say about civil unions?

During a segment of “Francesco” which discussed Pope Francis’ pastoral care of Catholics who identify as LGBT, the pope made two distinct comments.

He said first that: “Homosexuals have a right to be a part of the family. They’re children of God and have a right to a family. Nobody should be thrown out, or be made miserable because of it.”

While the pope did not elaborate on the meaning of those remarks in the video, Pope Francis has spoken before to encourage parents and relatives not to ostracize or shun children who have identified as LGBT. This seems to be the sense in which the pope spoke about the right of people to be a part of the family.

Some have suggested that when Pope Francis spoke about a “right to a family,” the pope was offering a kind of tacit endorsement of adoption by same-sex couples. But the pope has previously spoken against such adoptions, saying that through them children are “deprived of their human development given by a father and a mother and willed by God,” and saying that “every person needs a male father and a female mother that can help them shape their identity.”

On civil unions, the pope said that: “What we have to create is a civil union law. That way they are legally covered.”

“I stood up for that,” Pope Francis added, apparently in reference to his proposal to brother bishops, during a 2010 debate in Argentina over gay marriage, that accepting civil unions might be a way to prevent the passage of same-sex marriage laws in the country.

What did Pope Francis say about gay marriage?

Nothing. The topic of gay marriage was not discussed in the documentary. In his ministry, Pope Francis has frequently affirmed the doctrinal teaching of the Catholic Church that marriage is a lifelong partnership between one man and one woman.

While Pope Francis has frequently encouraged a welcoming disposition to Catholics who identify as LGBT, the pope has also said that “marriage is between a man and a woman,” and said that “the family is threatened by growing efforts on the part of some to redefine the very institution of marriage,” and that efforts to redefine marriage “threaten to disfigure God’s plan for creation.”

Why are the pope’s comments about civil unions a big deal?

While Pope Francis has previously discussed civil unions, he has not explicitly endorsed the idea in public before. While the context of his quotes in the documentary is not fully revealed, and it is possible the pope added qualifications not seen on camera, an endorsement of civil unions for same-sex couples is a very different approach for a pope, one that represents a departure from the position of his two immediate predecessors on the issue.

In 2003, in a document approved by Pope John Paul II and written by Cardinal Joseph Ratzinger, who became Pope Benedict XVI, the Congregation for the Doctrine of the Faith taught that “respect for homosexual persons cannot lead in any way to approval of homosexual behaviour or to legal recognition of homosexual unions.”

Even if civil unions might be chosen by people other than same-sex couples, like siblings or committed friends, the CDF said that homosexual relationships would be “foreseen and approved by the law,” and that civil unions “would obscure certain basic moral values and cause a devaluation of the institution of marriage.”

“Legal recognition of homosexual unions or placing them on the same level as marriage would mean not only the approval of deviant behaviour, with the consequence of making it a model in present-day society, but would also obscure basic values which belong to the common inheritance of humanity,” the document concluded.

The 2003 CDF document contains doctrinal truth, and the positions of John Paul II and Benedict XVI on how best to apply the Church’s doctrinal teaching to policy questions regarding the civil oversight and regulation of marriage. While those positions are consistent with the long-standing discipline of the Church on the issue, they are not themselves regarded as articles of faith.

Some people have said what the pope taught is heresy. Is that true?

No. The pope’s remarks did not deny or call into question any doctrinal truth that Catholics must hold or believe. In fact, the pope has frequently affirmed the Church’s doctrinal teaching regarding marriage.

The pope’s apparent call for civil union legislation, which seems to be different from the position expressed by the CDF in 2003, has been taken to represent a departure from a long-standing moral judgment that Church leaders have taught supports and upholds the truth. The CDF document said that civil union laws give tacit consent to homosexual behavior; while the pope expressed support for civil unions, he has also spoken in his pontificate about the immorality of homosexual acts.

It is also important to note that a documentary interview is not a forum for official papal teaching. The pope’s remarks were not presented in their fullness, and no transcript has been presented, so unless the Vatican offers additional clarity, they need to be taken in light of the limited information available about them.

We have same-sex marriage in this country. Why is anyone talking about civil unions?

There are 29 countries in the world that legally recognize same-sex “marriage.” Most of them are in Europe, North America, or South America. But in other parts of the world, the debate over the definition of marriage is just getting started. In parts of Latin America, for example, the redefinition of marriage is not a settled political topic, and Catholic political activists there have opposed moves to normalize civil union legislation.

What does the Church teach about homosexuality?

The Catechism of the Catholic Church teaches that those who identify as LGBT “must be accepted with respect, compassion, and sensitivity. Every sign of unjust discrimination in their regard should be avoided. These persons are called to fulfill God’s will in their lives and, if they are Christians, to unite to the sacrifice of the Lord’s Cross the difficulties they may encounter from their condition.”

The Catechism elaborates that homosexual inclinations are “objectively disordered,” homosexual acts are “contrary to the natural law,” and those who identify as lesbian and gay, like all people, are called to the virtue of chastity.

Are Catholics bound to agree with the pope on civil unions? 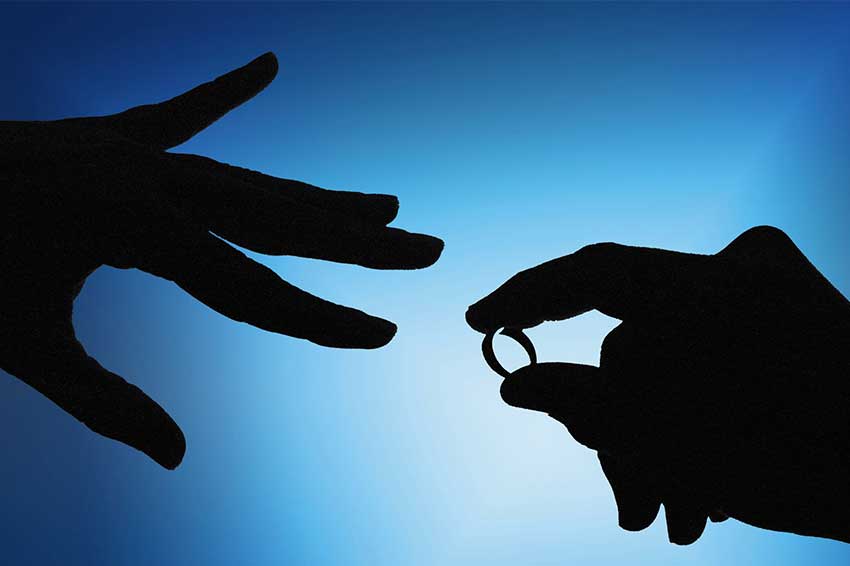 Pope Francis’ statements in “Francesco” do not constitute formal papal teaching. While the pope’s affirmation of the dignity of all people and his call for respect of all people are rooted in Catholic teaching, Catholics are not obliged to support a legislative or policy position because of the pope’s comments in a documentary.

Some bishops have expressed that they are awaiting further clarity on the pope’s comments from the Vatican, while one explained that: “While Church teaching on marriage is clear and irreformable, the conversation must continue about the best ways to reverence the dignity of those in same–sex relationships so that they are not subject to any unjust discrimination.”