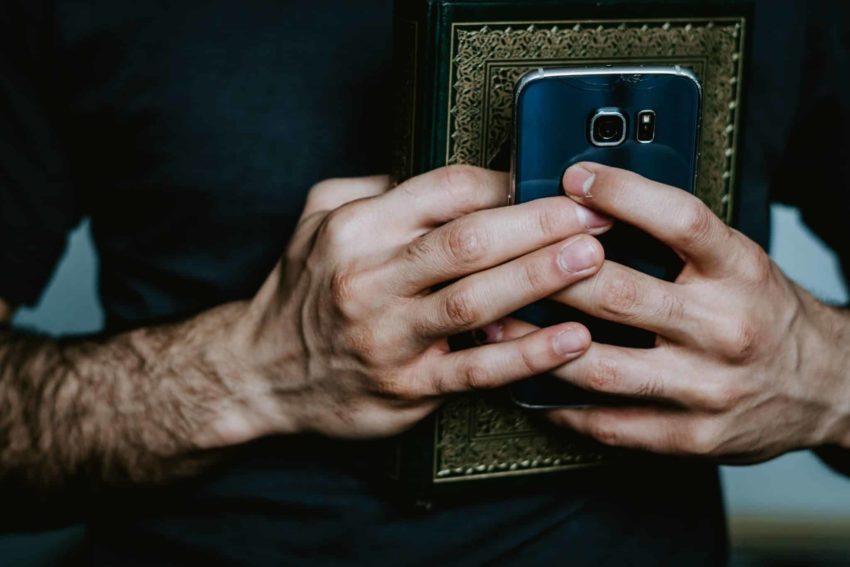 Pray the Divine Office and reap the benefits

You know that terrible person in Mass who won’t stop looking at their phone? Chances are they’re using it as their missal and prayer book.

I’ve been meaning to write about the Liturgy of the Hours (or the Divine Office, or the Roman Breviary) for ages. Advent is our new Church year, and 2021 is just around the corner, so this seems like the perfect time.

A friend said to me that he thought it was a shame our church leaders didn’t use lockdown as a time to teach ordinary Catholics about the enormous comfort of saying the Divine Office every day.

I agree. When you pray the Divine Office, even just once, the whole Church prays with you, all over the world. The Divine Office is called ‘the prayer of the Church’ for that reason.

So what is it? It’s just an arrangement of a few Psalms, combined with readings and prayers. There’s a daily pattern of seven individual times (‘liturgical hours’) for reciting those prayers.

And they’re not an hour each! The longest one, the Office of Readings, would maybe take you about 20 minutes if you’re on your own and reading slowly. The shortest ones take much less time than that.

It’s that simple. But what put people off was that you used to have to buy a bulky, expensive, multi-volume set of books, and learn to do Catholic ju-jitsu with the ribbon markers in order to get through it.

Not any more. There’s a handy app called Universalis. You put it on your phone and it does the ju-jitsu for you. In the same app, there’s also a Sunday and weekday missal, daily spiritual reading, and lectio divina.

The Divine Office can trace its roots back to the hours of Jewish temple prayer before Christianity, when pious Jewish people – including Jesus – would go up to the Temple to pray at particular hours of the day.

The most important times were morning and evening prayer, when there were also animal sacrifices.

When the early Church adopted these prayers, they called them Lauds (prayers of praise) and Vespers (the lamp-lighting time). Priests pray the Divine Office – all seven individual liturgical hours – every day as part of their sacred commitment to be a ‘pontifex’; a bridge that binds us closer to God through the Church.

People living in religious communities – sisters and brothers and monks – also recite it every day. The original idea was to arrange the Psalms in such a way that you could get through all 150 of them in a week if you said the Divine Office each day.

The Divine Office has a way of answering your questions, solving your problems, and capturing your mood when you least expect it. I can’t recommend it enough.

You will get a first-hand education in the Psalms in the magnificent Grail translation. Even just praying one or two of the liturgical hours each day can enrich your spiritual life wonderfully.

Make this your New Year’s Resolution!