Praise for a ‘landmark moment’ for older Australians

Catholic health and education agencies have welcomed Budget funding for aged care and disability as well as early childhood learning and support for gender equity for Aboriginal and Torres Strait Islander girls.

CHA said the measures will enable more Australians to be cared for in their home, increase the number of care minutes and provide more training for carers and the incentives for them to stay.

“This is a landmark moment for older Australians. In the last 12 months, aged care has exploded onto the public consciousness because of the COVID pandemic, the findings of the aged care royal commission and the Aged Care Collaboration’s 50,000 petitioners across the country,” CHA chief executive Pat Garcia said.

Mr Garcia said the aged care sector was ready to work with government to implement these reforms immediately. “These are large commitments, and we urge the Government to deliver on the timetable for reform,” he said.

Meanwhile Catholic hospitals have welcomed the Government’s reforms to bring down the cost of medical devices but warn any move to remove essential items like hips, stents and pacemakers could lead to higher patient costs and cuts to regional services.

The National Catholic Education Commission (NCEC) has welcomed $1.6bn funding for Early Childhood learning and $63.5 million to support gender equity for Aboriginal and Torres Strait Islander girls announced in the 2021-22 Budget, saying it responds to areas of significant educational need.

NCEC executive director Jacinta Collins said that the continuation of universal access to 15 hours of preschool will enable children to build critical foundations in the year before commencing school.

However a coalition of some of the country’s largest social service providers said the Budget fails to address growing inequality in Australia.

Between them, the organisations employ over 90,0000 staff and engage over 100,000 volunteers, serving millions of Australians annually.

Many of the vulnerable people they support were lifted out of poverty by critical government subsidies during the COVID-19 pandemic. The organisations, which include the St Vincent de Paul Society and Catholic Social Services Australia, said the expiry of some of that support has not been addressed in the Budget.

Toby oConnor, CEO of the St Vincent de Paul Society’s National Council said social service providers are constantly seeking a just, compassionate and fair society, and assess government decisions – including the Federal Budget – based on whether they achieve that goal.

Francis Sullivan, Chair of Catholic Social Services Australia said this was the time to make systemic change that could alter the lives of people living with entrenched poverty and disadvantage and help all Australians by strengthening the economy. 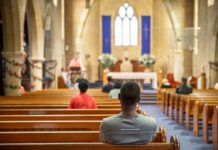