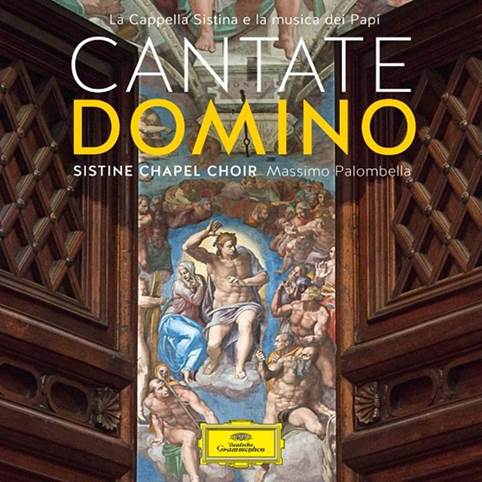 When I first heard of the Cantate Domino CD project, I knew that this would be something special.

I remember watching the YouTube video, which promoted the CD and highlighted the incredible efforts that were taken to produce the CD in the surrounds of the Sistine Chapel.

I knew that I had to listen to it.

For many years, I had grown up singing polyphonic music in different cathedrals and churches and learning an immense amount of this music each week without taking the time to listen properly to what the music is giving me in faith, and now was a true opportunity to hear it ‘as it was intended’. Cantate Domino is recorded in the Sistine Chapel.

Opened in 1473, this sacred space, which sees so much of the history of the Catholic Church, and is visited by thousands each year, is suddenly silent and becomes a place of worship, where sacred music takes its true form.

It is amazing to think that this is the first proper recording done in this space.

When listening to the CD, I imagined myself standing amid the wonder of such a place while my mind was being transported to a higher place.

To think, that some of this music was being recorded in the very place it was intended for suddenly made it sound very different from what I had ever heard before.

For the modern Catholic, it may be hard to understand the purpose of this music, but with the understanding of the Church of the time, and the needs of its people today, we know that it can transcend time and still have the same meaning today.

Some of the music selection on the CD revolves around the solemn parts of Holy Week. Victoria’s Popule Meus (O my people, what have I done to thee?) or the beautiful setting of Christus Factus Est pro Nobis (Christ became obedient for us unto death) by Anerio, takes me to some of the Church’s most powerful liturgies and moments of our faith.

The drawcard on this CD for me (and I’m sure for many people) is the recording of Miserere by Gregorio Allegri (1582-1652). This famous piece of music is one of the best known pieces of church polyphony written.

The text is that of Psalm 51, “Have mercy on me O God” and is typically sung on Ash Wednesday or Good Friday.

I remember being a young chorister and learning this piece.

It always had a feeling of ‘sacredness’ when it came time to sing it. Many people would have heard this piece, however, what sets it apart on this recording is that it is the original version of the piece, as preserved in the Sistine Codex of 1661.

It did sound different from what I was used to; however, I still felt the same immense beauty of this work through its acoustics and engineering. One of the graces of this piece is that in incorporates three different choirs to make up its sound.

It is important that these choirs sound distinctly separate from each other and it is certainly evident in this recording.

It is truly stunning! I hope when you listen to this CD, it lifts your spirit and causes you to ‘sing unto the Lord a new song’ as the title suggests. I would recommend it to all.