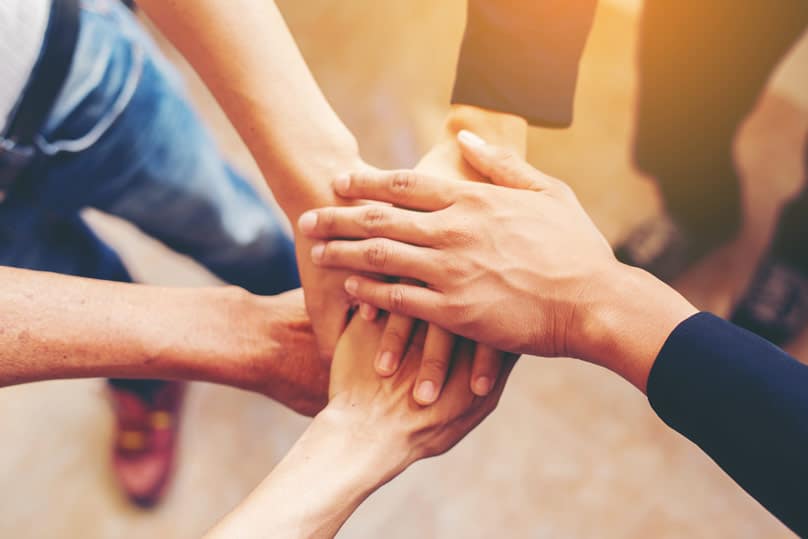 Catholics and Labor Party supporters may be surprised to learn that former ALP parliamentarian Race Mathews’ latest book, Of Labour and Liberty, Distributism in Victoria 1891-1966, was originally written as a doctorate in theology thesis for Catholic Theological College, Melbourne, and the University of Divinity, Melbourne.

Although the title barely hints at it, the book traces the history of the influence of Catholic social thinkers and activists in the development of the Australian cooperative movement, particularly the cooperatives pioneered by the YCW (Young Christian Workers) movement in Melbourne.

In so doing, it builds on Mathews’ earlier book, Jobs of Our Own: Building a Stakeholder Society, which sourced the origins of distributism – understood as widely-distributed property ownership  and particularly as exemplified in the successful Mondragon worker cooperatives – to the influence of Catholic social teaching and practice as it developed in Europe and Canada in the late 19th and early 20th centuries.

Why such interest in Catholic social teaching from a Fabian socialist and self-described agnostic? At one level, the answer no doubt lies in a citation quoted by Mathews from the late ANU economist, Heinz Arndt, who wrote of a 1948 social justice statement drafted by the Australian National Secretariat for Catholic Action (ANSCA) that “one could hardly find a more succinct statement of the point of view of intelligent, modern Democratic Socialists.”

Seventy years later, according to Mathews, such teaching has gained even greater relevance in the face of “a precipitous decline in active citizenship” consequent on “a loss of confidence in politics and parliamentary democracy” combined with “the inexorable creep and concentration of capital in the hands of the ‘one per cent’ minority.”

In this context, Mathews perceives distributism, and by extension Catholic social teaching and practice, as a “possible antidote” to several “convergent catastrophes” in the political, economic and environmental arenas “that threaten to engulf” the world today.

Yet, whereas the Mondragon cooperatives founded by the Basque priest, Fr Jose Maria Arizmendiarrietta achieved “triumphant success” in Spain, to Mathews’ dismay and surprise, the Australian cooperative movement, which was greatly influenced by the pioneers of the YCW cooperatives, including Ted Long, Bob Maybury and Leon Magree, has largely disappeared.

Hence, Mathews’ questions: First, what caused “the failure of ‘First Wave’ Australian Distributism to fulfil its promise”? Secondly, how to revive and build on a “now all but forgotten political philosophy and program… as a means of bringing about a more equal, just and genuinely democratic social order”?

In seeking an answer to the first question, Mathews notes the seminal impact in the development of distributist philosophy of Pope Leo XIII’s encyclical, Rerum Novarum (On Capital and Labour), and the role of English Cardinal Henry Manning, both of whom greatly influenced Joseph Cardijn, the Belgian founder of the YCW.

In the Australian context, these ideas were taken up by Sydney Cardinal Patrick Moran, a great defender of worker rights who, according to Mathews, inspired the 1907 Harvester Judgement enshrining the basic wage, and Archbishop Daniel Mannix in Melbourne.

A generation later, the Melbourne-based Campion Society also played a critical role in the promotion of Catholic social teaching under the leadership of Frank Maher, Kevin T Kelly, a key figure in the arrival of the YCW in Australia, and BA Santamaria.

In practical terms, however, it was the first generation of leaders of the Melbourne YCW in the 1940s who put these teachings into effect. They did this by the establishment of a network of credit and consumer cooperatives that eventually became “the largest and most lasting material attempt by the Melbourne Catholic Actionists to re-Christianise Australian society,” as David Kehoe wrote in an unpublished history of the Melbourne YCW cited by Mathews.

The aim of all these efforts was “to overcome the evils of unrestricted capitalism (which makes workers little better than slaves) and brutal socialism which destroys the dignity of the individual,” as Melbourne Co-adjutor Archbishop Justin Simonds told a 1952 YCW cooperatives conference.

As Mathews notes, Mondragon is “incontrovertibly a product of the Church’s social teachings and YCW formation in the Cardijn mould.” But this raises the question as to why the Victorian cooperative movement did not continue to develop as its Spanish counterpart had done?

Here Mathews points to the conflicts of the 1940s and 1950s that opposed BA Santamaria’s Catholic Social Studies Movement (CSSM) to the YCW. As he notes, Santamaria was not “willing to concede any merit to the YCW’s ‘See, Judge, Act’ technique of changing essentially hostile environments through the transformation of individual consciences.” Instead, according to Mathews, the CSSM sought to implement “top-down management and a militarised organisational model” that “increasingly supplant(ed) (ANSCA’s) former formation focus.”

Moreover, as he also pointedly notes, the YCW and the other specialised Catholic Action movements were chronically under-resourced. Thus, out of £5000 of funding allocated by the Australian bishops to Catholic Action in 1954, over £3550 went to the CSSM while the remaining £1450 was divided between the YCW, YCS and rural movement.

Other factors also later intervened which led to the decline of the Victorian cooperatives.  Here, Mathews identifies the premature deaths of Archbishop Simonds and Fr Frank Lombard, founding chaplain of the Australian YCW. Secondly, later generations of YCW leaders became preoccupied with other issues. Finally, Mathews also hints at the lack of adult movements that could have carried forward the work initiated by the YCW leaders.

Moreover, Mathews in effect concludes that the Church failed to recognise the importance of the formation that the YCW had provided. And he transforms this critique into “a way forward” in which “under the new pontificate of Francis, awareness of the Church’s moral critique of capitalism is re-kindled and Church rediscovers its rich heritage of concern for the rights and wellbeing of workers.”

“Seizing the day,” Mathews proposes, the Australian bishops could move to promote “a renewed and distinctively Distributist lay apostolate such as that of the YCW co-operators in concert with the resurgent wider cooperative, mutualist and employee ownership movements and sympathetic elements within bodies including think tanks, trade unions and community groups.”

Drawing on the insights of Cardijn and Arizmendiarrietta, “current and future priests” would receive more extensive coverage of Catholic social teaching and its “significance in the context of the Mondragon experience” with “absolute primacy” given to formation.

Jocist-style public enquiries might also be carried out with the objective of determining whether adaptations of Mondragon could be implemented in regional cities like Geelong, Wollongong or Rockhampton.

This may be “pure fantasy,” Mathews concedes. Nevertheless, at a time when both the advocates of the statutory corporation school of State Socialism and their ‘greed is good’ counterparts in the corporate sphere have simultaneously and comprehensively discredited themselves, the way is open  for Distributism to assume the larger role to which its merits so plainly entitle it,” he concludes.

Race Mathews makes an important contribution not only to labour and cooperative history but also to YCW and Church history in the “Great South Land of the Holy Spirit,” as he describes it echoing de Quiros.

Race Mathews’ Of Labour and Liberty, Distributism in Victoria 1891–1966, published by Monash University Publishing, is available in bookstores and online for RRP $34.95.