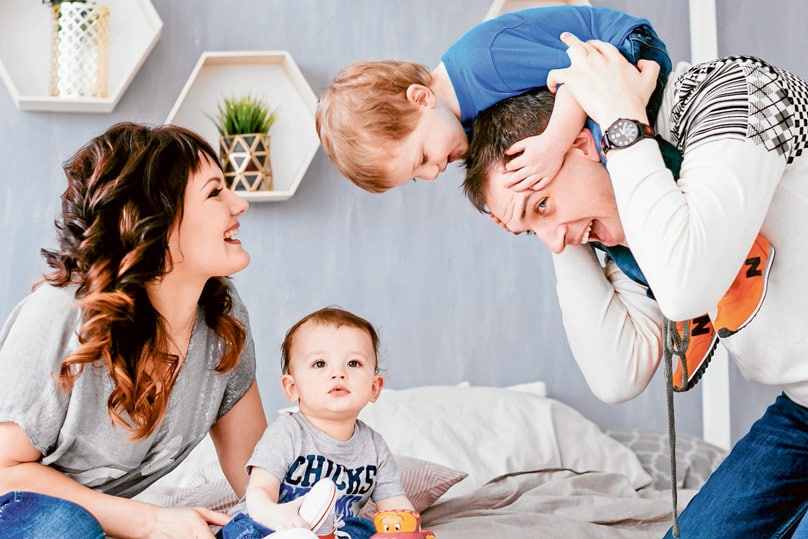 Since soon-to-be-Saint Paul VI published his encyclical Humanæ vitæ 50 years ago this week, it has often been called a ‘prophetic’ document and the author himself a ‘prophet’.

But like the words ‘mission’ and ‘iconic’, the word ‘prophetic’ has been overused, even misused. In what sense was Humanæ vitæ prophetic?

Who were the prophets?

In the Old Testament, the prophets were often confronting. They dressed down to draw attention to themselves: Jeremiah buried his underwear, dug it up and put it on again (Jer 13:1-11); John the Baptist let his hair grow, while Ezekiel shaved his head (Ezek 5:1); and John wore camel skins while Isaiah wandered around naked and barefoot for three years (Isa ch. 20; Mt 3:4).

So these guys were not afraid to be counter-cultural! They wandered about speaking for God and telling people off. ‘Woe’, ‘return’ and ‘repair’ were their most common words. No wonder they were so unpopular. In due course, however, they were proven right and their wisdom appreciated, even heeded. But in the meantime they were vilified for speaking their inconvenient truths …

To say Paul VI was prophetic, for teaching what he did about birth control back in 1968, is to say that he was doing something on behalf of God that was confronting, counter-cultural, unlikely to be received gratefully, at least at the time.

A word about the future

Humanæ vitæ is the only papal document many Catholics can name. That’s because it was so personal and so controversial. Its publication caused a furore. After all, the sexual revolution of the 1960s said ‘All you need is love’ – which often meant sex. More sex, without the risk of children, was said to draw married couples more closely together. For unmarried people, now presumed to be sexually active, birth control was judged essential. More sex all round promised an end to isolation, infidelity, sexism, even war (‘Make love not war’).

But when Paul VI offered his difficult teaching against contraception and abortion, he suggested (like the prophets of old) that to break with God’s plan and the natural order of things in this matter would do more harm than good, even from a secular point of view. Paul predicted that the sexual/contraceptive revolution would lead to more marital infidelity than stability, to lower moral standards rather than greater virtue, to a hyper-sexualised culture with all its attendant challenges especially for the young, and to the exploitation of women rather than equality (HV 17). There would also be ill-effects on demography, culture and politics. Governments and international agencies would interfere with their population policies – as more recently with gender ideology and ‘reproductive rights’.

‘Woe’ said Paul VI. Half a century later and things are, if anything, worse than he ever feared. We have a copulation explosion and a population implosion. Divorce rates have escalated. The sacred cow of ‘reproductive health’ is now beyond public critique – at least within 150 metres of the clinics. Many children grow up without knowing the love of a Mum and Dad committed to each other and to them over the long haul. When there are natural or human disasters, UN agencies often drop condoms before offering food or other relief. Coercive or more subtle population programmes have been common around the world and had terrible demographic effects.

This generation is more confused about relationships, sex and fertility, and less able to sustain marriages and families, than any in recorded history. Contraception is not the only reason for all this, but it proved a powerful driver in a revolution of behaviour – and misbehaviour. It has certainly not been the boon for women, families or the broader community that was promised, as many feminists and other social commentators have pointed out. The Prophet Paul VI was right.

A word about the past

The prophets of old made predictions about the future, but they were always calling people back: back to God, back to His revealed plan for humanity, back to the law written on our hearts. And so Paul VI called us back to profound truths we already knew deep down, about the total gift of man and woman to each other in marriage, about the earthly and supernatural vocation of spouses, and about the inseparable connection willed by God between love-making and life-making (HV 8-13). Married love must be free, permanent, exclusive and open to life. “Husband and wife, through that mutual gift of themselves, which is specific and exclusive to them alone, develop that union of two persons in which they perfect one another, cooperating with God in the generation and rearing of new lives” (HV 8).

‘Return’ said Paul VI. Not to some imagined golden age or retrograde way of thinking. But to God, to the Gospel, to our own best natures. Recover your sense that sex says marital love, that marital love says marriage, that marriage says family. Half a century later, we might say ‘bravo’. Yet as Pope Paul himself recognised, in saying such things, the Church is ‘no less than her divine Founder, destined to be a sign of contradiction’.

It’s not that the Church is looking to make enemies. No pastor wants to say from the pulpit things his hearers find hurtful or that might drive them away. But the Church calls people to return because of ‘the duty imposed on her of proclaiming humbly but firmly the entire moral law, both natural and evangelical’. And since the Church did not make God’s laws, “she can only be their guardian and interpreter, never their arbiter or reviser. It could never be right for her to declare lawful what is in fact unlawful, since that, by its very nature, is always opposed to the true good of man” (HV 18). The Prophet Paul VI was right.

A word about the present

That the unitive and procreative dimensions of the marital act are inseparable and must not be deliberately broken is something many did not want to hear in 1968 and still do not want to hear in 2018. This presents a real challenge to the Church today to present its wisdom about such matters more clearly and persuasively, and so inform people’s consciences well. Instead of just saying No, we must be beside people, showing them a better way. ‘Theology of the Body’, ‘Natural Family Planning’, ‘Chastity education’ (HV 21-22) – all these have helped in this area but have so far touched only a small proportion of people.

‘Repair’ said Paul VI. He knew, with a loving pastor’s heart, that this teaching would be hard. Yet Christ’s yoke is easy. He never asks anything of us without first giving us the wherewithal – both nature and grace (cf. HV 25). Many people have found that living the wisdom of Humanæ vitæ has improved their self-understanding, self-mastery and self-gift. Many couples have found it improved their communication, mutuality and love. But the Church is there for all who struggle and fall on that path, to accompany them and bring them home (cf. HV 28-29). It offers us a vision of the good life that enriches marriage – bringing serenity from struggle, virtue out of vice, holiness after repair. The Prophet Paul VI was right.

To say ‘Woe’, ‘Return’ and ‘Repair’ is to speak an inconvenient truth in our culture. But Paul VI’s teaching was truly prophetic. It was not about popularity, but about people. It was not about self-righteousness, but about right living. It was not about being holier-than-thou, but a call to godliness. ‘In preserving intact the whole moral law of marriage, the Church is convinced that she is contributing to the creation of a truly human civilization. She urges people not to betray their personal responsibilities by putting all their faith in technical expedients. In this way she defends the dignity of husband and wife… [and is] loyal to the example and teaching of the divine Saviour’ (HV 18).