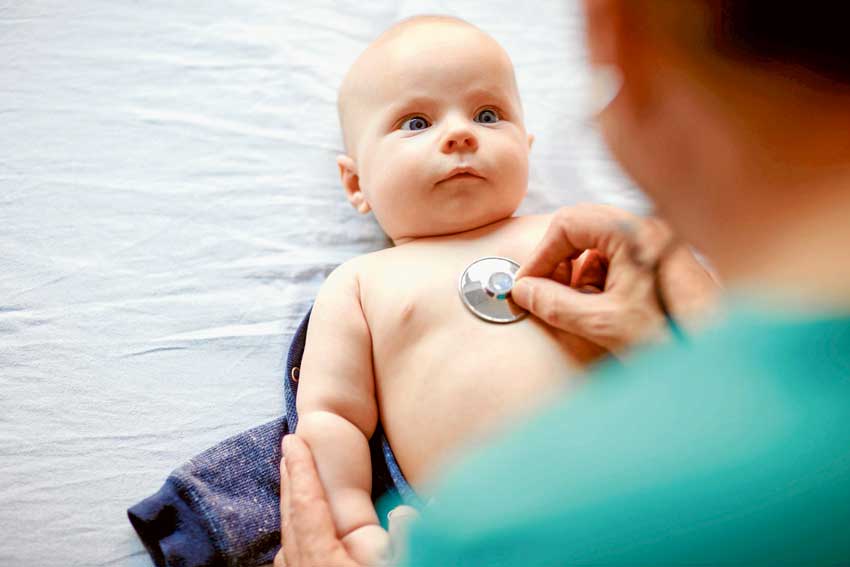 Australia’s Catholic bishops have called on the Federal Government to consider serious safety and ethical concerns as it considers legalising technology to allow children to be born with genetic material from three people.

Federal MPs will be given a conscience vote about whether mitochondrial donation should be legalised.

The process, legal in the United Kingdom, uses one of two techniques using assisted reproductive technology aimed at preventing mitochondrial disease, a severe genetic illness, from being passed on from a woman who has the disease, to her biological child.

Both involve the creation and destruction of fertilised eggs to allow for healthy mitochondria to be made available for the development of a child whose mother carries the disease.

Mitochondria are present within the body’s cells and provide necessary energy to them.

According to the Garvan Institute, mitochondrial disease is the most common type of inherited metabolic disease in Australia, affecting about one in 500 births.

It can present at any age, affecting children and adults, in any organ, with a wide spectrum of symptoms ranging from mild chronic disease to acute severe episodes or fatal illness.

In the submission, the bishops said that concerns about safety, ethical practice and efficacy “should not have approval to proceed in Australia”.

They outlined five main concerns including that the methods used do not respect the right to life and the human dignity of the individuals concerned and “would create a child with three parents, confusing the biological parentage of any children born”.

The bishops also point to the use of pronuclear transfer in one of the methods as a form of human reproductive cloning which is unethical, “significant risks and inconvenience” to the women who would provide eggs to enable the procedures, and potentially dangerous biological risks to the community “as these techniques can change the human germline, which means altered genes might be passed on to future generations”.

Alternative ways of forming a family while avoiding transmitting the disease are already available, they added, including adoption and IVF with egg donation, the latter of which “is prevalent and provides a legal, if not ethical option”.

“Mitochondrial donation is not a necessary, life-saving technology, but a complex and unproven method designed to ensure a couple can give birth to a biologically related child with a reduced risk of carrying mitochondrial disease,” they wrote.

“Mitochondrial donation also does not offer greater benefits than adoption or some simpler IVF techniques, given the possibility of passing on abnormal mitochondria.”

“The ethics of mitochondrial donation and the techniques involved is an issue that should concern us however, unfortunately, these issues are not widely known,” Bishop Umbers told The Catholic Weekly.

“Not unlike other assisted reproductive technologies, it is important that people are made aware of the use of embryo destruction, required in some of the proposed techniques, as well as concerns regarding the identity of the donating person whose mitochondria are used, enabling a ‘third parent’ involvement in the development of a child.

“In doing so, concerns emerge for the child who wishes to know their genetic history, including who the third parent is, and the impact this will have on the development of their identity.

“Out of respect for all human life, the problematic ethical concerns involved in mitochondrial donation need to be more broadly highlighted and given due consideration by our government.”

A bill will be introduced to Parliament in the coming months. In 2015, the United Kingdom became the first country to legalise the procedure and in 2018 the Australian Government’s National Health and Medical Research Council began public consultation on the issue which revealed community concerns about the use and destruction of one embryo to allow for the creation of another embryo with healthy mitochondria.