Consideration of social justice among an ageing population will be given prominence by the Church next weekend, but it’s a topic that inevitably involves many people who are much younger.

Media reports earlier this month outlined what was called the “carer welfare cycle” that’s placing increasing cost burdens on the public purse and leading to many young carers having their career and job opportunities thwarted because of their dedication to looking after those who are in need – especially their own family members.

The federal government’s welfare reviewer, Patrick McClure who has been reviewing carer payments, says that many young home carers are likely to end up homeless or on welfare for the rest of their lives rather than being active in the work force.

Payments to carers were tracked at $7.8 billion for the most recent year and are expected to rise to $10.3 billion by 2020.

Origins for this occasion are linked to Catholic social teaching which can be traced from the writings of important thinkers such as St Thomas Aquinas and St Augustine of Hippo.

The embrace of social justice involves issues of poverty and wealth in economics, social organisation, and the role of the state.

Further writings by the Italian Jesuit Luigi Taparelli d’Azeglio SJ in the mid-19th century used the term to defend the rights of landed nobles during the nationalisation process that led to the founding of the Italian state.

Principles of treating every human being with proper dignity and respect were further outlined by Pope Leo XIII in his encyclical Rerum Novarum released 125 years ago last May and in the 1904 encyclical letter of Pope Pius X Iucunda Sane which lauded Pope St Gregory the Great as a leading defender of social justice and what he had called the essential foundation of society: the family.

Our focus now is to examine relevant issues within Australian society and to consider where action may need to be taken – which is what makes the consideration of our ageing society important to our nation today and into the future.

Australians aged 65 and over will more than double in number by the middle of this century.

This may be acknowledged as a great success story for human development given that many within this ageing society will have an excellent chance of enjoying good health and an active life – but that’s not the way it is for everyone which is why the need for carers will continue to increase.

A statement by the Australian Catholic Bishops Conference released for Social Justice Sunday challenges us to recognise the significant contribution to our society by older Australians, and it emphasises that this should not be measured in purely economic terms.

The bishops are seeking justice for those who are most vulnerable and they have warned about what is often seen as a growing view which brands those who are ageing as burdensome or even dispensable.

Realising the pressures that exist for people who are healthy enough to continue working beyond what is considered to be the traditional retirement age, the bishops are calling for the benefits of employment to be shared equitably.

They also are drawing attention to the needs of those who do retire and then find themselves enduring various levels of poverty and economic hardship, social isolation or exploitation.

Our bishops want special consideration given to the circumstances of those who are approaching the end of their lives and they have warned of the loneliness, ageism, and even abuse that older people can endure.

Their message also expresses concern about the implications of the current community debate on euthanasia.

In reply, their statement calls for communities of mercy and love – where people can reach out and minister to vulnerable older people; where bonds between generations can be built up; and where no one is tarred as being a burden to or rivalling younger generations.

Their call on the coming weekend will deliver messages that embrace all generations and outline points to be considered over a much longer period. 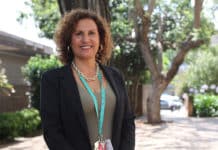 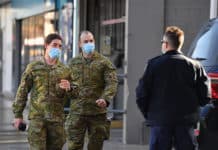 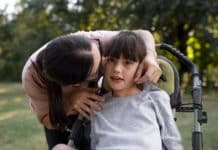 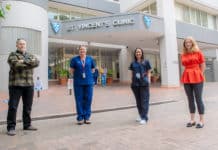