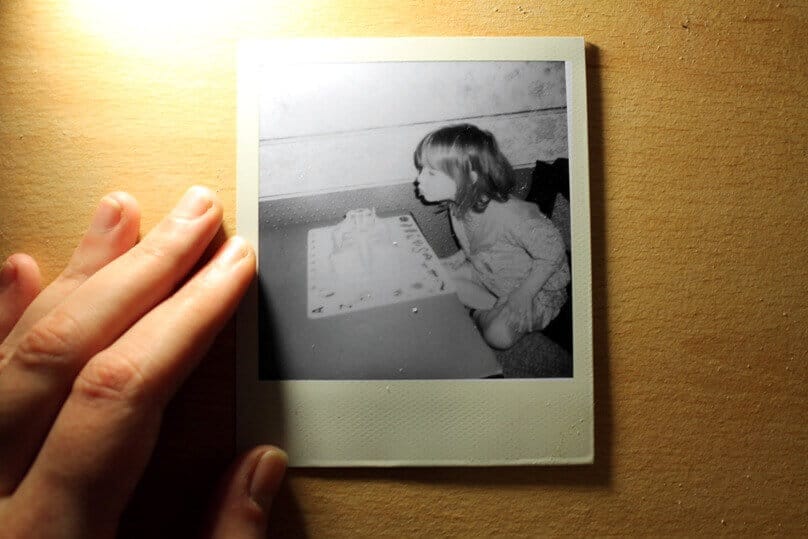 A few months ago, I registered for the Story Workshop at the Allender Centre in the U.S. city Seattle. Primarily aimed at helping survivors of sexual abuse find the purpose and weight in their fractured personal narratives, the conference promised to be intense but deeply healing.

So when three unrelated friends randomly mailed me substantial cheques with notes that said, “I don’t know why, but I think God wants me to give this to you” all within the same week, I took the hint and signed up for the workshop. I had been waiting more than seven years.

I don’t know exactly what I expected. I was naively hopeful that I would get a few good writing tips that would enable me to beautify my past and approach it like one of Aesop’s fables — third-person fiction with a perfect little moral at the end of the story.

That’s not what happened. One of the pre-assignments was to write 700 words about a painful childhood memory.

I was surprised at the one I chose. It wasn’t a heavy hitter, so to speak. I wrote about a Polaroid picture I kept rediscovering in a shoebox at my parents’ house, and my inability to figure out why looking at it made me want to rip it to shreds.

I’m about 10 years old in the picture, with scraggly hair, pale skin, and a vacant expression. I’m wearing my mother’s oversized knit sweater and Oxford shoes my dad had bought me.

In my hands is a piece of green felt I’d cut into the shape of New York for a school report about a US state. Coincidentally or not, New York is the place my abuser had recently moved to.

I think I wanted to be closer to him.

Don’t try to understand it. I still don’t.

My small group dissected the story with grace and insight that could only be offered by those who spoke the same horrific language of shame and rage and grief.

I felt nothing as I spoke about it. “It is what it is,” I remember saying, committed to my ambivalence.

My group leader brushed away a tear and said, “Kaeley, this story breaks my heart. Why do you hate the little girl in that picture so much?” I couldn’t access her understanding or her empathy. I recognised the accuracy of her assessment, but I didn’t know how to change it.

Later that evening, one of the workshop presenters tasked us with a seemingly benign activity. We were instructed to play with crayons and miniature tubs of play dough on the tables in front of us. I hated these types of exercises. I thought they were such a waste of time.

I reached for a purple crayon and reluctantly complied. I drew a picture of a flower and rolled a snake out of my play dough. And I burst into tears.

The invitation to engage as a child had revealed my whole dilemma: I didn’t hate the little girl in the photo. I hated her need.

I hated her anonymity. I hated the visible proof that she loved her abuser.

I hated that she didn’t know any better, that it took her another 10 years to figure out why she still slept with the light on and showered in her underwear and vigilantly lined the crack under the bathroom door with a beach towel and destroyed her teeth with gum she relentlessly chewed as a means of escaping the recollection of his breath on her face. I hated that he fooled her. He fooled everybody. He was really good.

“Wake up!” I wanted to scream at her. “Can’t you see what’s going on? Do something about it!”

Everywhere I read in the news, there’s talk of another school or gym or business that is boldly adopting “progressive” new locker room policies designed to create equal rights for people who identify as transgender.

These policies allow transgender individuals to use the locker room consistent with the sex they identify as their own, regardless of anatomy.

While some have proposed a third option for transgender people (single-occupancy restrooms and showers), this option has been largely struck down, and employees are prohibited from suggesting it, as it is considered discriminatory and emotionally damaging to a group of people who are working so hard to fit in. The solution? Anyone can use whatever restroom he or she wants without being questioned.

I read these reports, and my heart starts to race. They can’t be serious.

Let me be clear: I am not saying that transgender people are predators. Not by a long shot.

What I am saying is that there are countless deviant men in this world who will pretend to be transgender as a means of gaining access to the people they want to exploit, namely women and children.

While I feel a deep sense of empathy for what must be a very difficult situation for transgender people, at the beginning and end of the day, it is nothing short of negligent to instate policies that elevate the emotional comfort of a relative few over the physical safety of a large group of vulnerable people.

Don’t they know anything about predators?

Don’t they know the numbers? That out of every 100 rapes, only two rapists will spend so much as single day in jail while the other 98 walk free and hang out in our midst?

Don’t they know that predators are known to intentionally seek out places where many of their preferred targets gather in groups?

That perpetrators are addicts so committed to their fantasies they’ll stop at nothing to achieve them?

Do they know that more than 99 percent of single-victim incidents are committed by males?

That they are experts in rationalisation who minimise their number of victims? Don’t they know that insurance companies highlight locker rooms as a high-risk area for abuse that should be carefully monitored and protected?

Predators are known to intentionally seek out places where many of their preferred targets gather in groups.

Don’t they know that one out of every four little girls will be sexually abused during childhood, and that’s without giving predators free access to them while they shower?

Don’t they know that, for women who have experienced sexual trauma, finding the courage to use a locker room at all is a freaking badge of honor?

That many of these women view life through a kaleidoscope of shame and suffer from post-traumatic stress disorder, depression, dissociation, poor body image, eating disorders, drug and alcohol abuse, difficulty with intimacy, and worse?

Why would people knowingly invite further exploitation by creating policies with no safeguards in place to protect them from injury?

With zero screening options to ensure that biological males who enter locker rooms actually identify as female, how could a woman be sure the person staring at her wasn’t exploiting her?

Why is it okay to make her wonder?

“Wake up!” I want to scream. “Can’t you see what’s going on? Do something about it!”

Despite the many reports of sexual abuse and assault that exist in our world, there’s an even larger number of victims who never tell about it.

The reason? They’re afraid no one will believe them.

Even worse, they’re terrified of a reality they already innately know to be true: even if people did know, they wouldn’t do anything to help. They’re not worth protecting.

Even silence feels better than that.

There’s no way to make everyone happy in the situation of transgender locker room use. So the priority ought to be finding a way to keep everyone safe. I’d much rather risk hurting a smaller number of people’s feelings by asking transgender people to use a single-occupancy restroom that still offers safety than risk jeopardising the safety of thousands of women and kids with a policy that gives would-be predators a free pass.

Is it ironic to no one that being “progressive” actually sets women’s lib back about a century? What of my right to do my darnedest to insist that the first time my daughter sees the adult male form it will be because she’s chosen it, not because it’s forced upon her? What of our emotional and physical rights? Unless and until you’ve lined a bathroom door with a towel for protection, you can’t tell me the risk isn’t there.

For me, healing looks like staring at the little girl in a Polaroid photo and validating her need to be seen, heard, and protected instead of hating it. It looks like telling my story, even the parts I can never make pretty, in hopes it will help break the anonymity of survivors and create a sense of responsibility in others to act.
I still battle my powerlessness to do anything that feels substantial to affect change, but the good Lord didn’t bring me out of Egypt and set my feet upon a rock so I could stand idly by in the face of danger.

So even if a little article or Facebook post doesn’t ultimately change the world, it’s better than silent resignation to negligence and harm. I feel a sense of urgency to invite people to consider the not-so-hidden dangers of these policies before more and more of them get cemented into place.

Once that happens, the only way they’ll change is when innocent people get hurt. Even if there aren’t hundreds of abusers rushing into locker rooms by the dozens, the question I keep asking myself is: “What if just one little girl gets hurt by this? Would that be enough to make people reconsider it?”

“And what if that little girl was me?” It’s a question I really don’t want to ask.

But God’s grace has enabled me to value the face in the photo enough to realise that I have to.

And even if I don’t like the answer, at least I wasn’t silent.

This article first appeared at thefederalist.com