The 50th anniversary of St Anthony’s parish, Austral, was a time for honouring its history while embracing the future, says parish priest Fr Bob Hayes.

About 210 people, including parishioners past and present, attended the parish dinner dance at Liverpool Catholic Club on 12 June.

“One of the things people mentioned was meeting old parishioners that have moved away,” Fr Bob said. 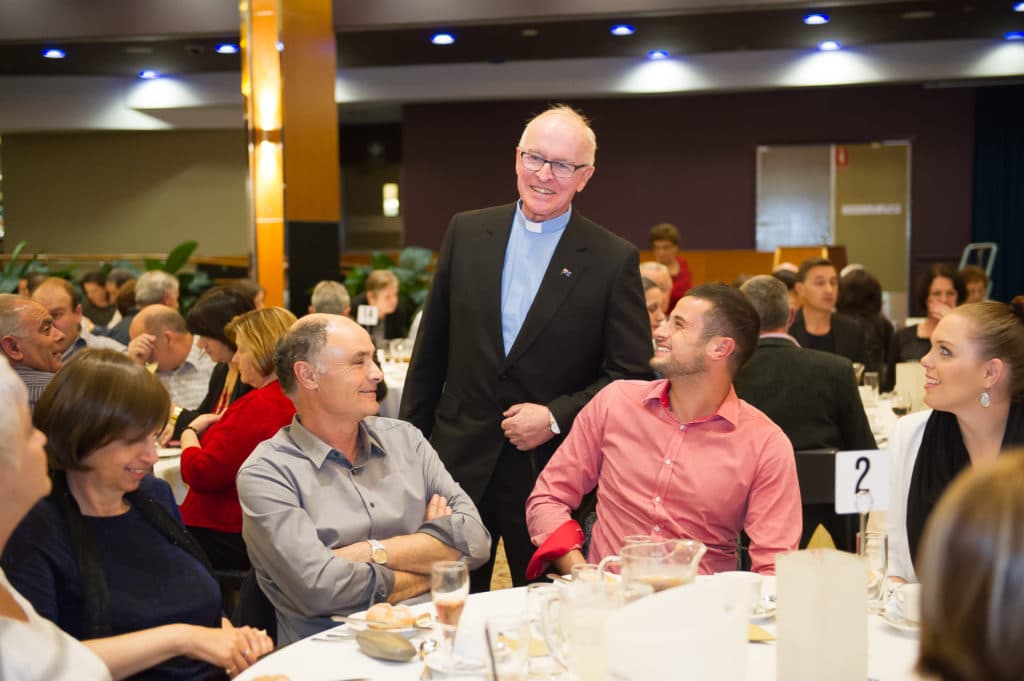 About 460 people attended the Mass, which was concelebrated by Fr Bob and Liverpool parish priest Fr Remy Lam Son Bui.

Parishioners were presented with an anniversary bookmark, St Anthony holy card, and booklet on the history of the parish.

Weekend Mass attendance has increased from 180 to more than 500 people since Fr Bob arrived in late 2013.

The priest has once again donned his hard hat and his nickname ‘Bob the Builder’, renovating the church and preparing for construction of St Anthony’s primary school.

With families flocking to the area, the school will open its doors to kindergarten in 2017.

“I am delighted that this school will be opening to serve the community; it is a long-standing and growing parish and we look forward to its opening in 2017.”

In 1965, Fr Joe Weaver became Austral’s founding parish priest, celebrating Mass in what was then a newly-built church (it is now the parish hall).

Administrators Fr Jim Stack and Fr Les Campion led the parish from 1973-75, when Fr Michael O’Byrne was appointed parish priest for the next decade.

He was succeeded by Fr Noel Short, whose 28 years at Austral included the construction of the present presbytery, the parish’s 25th anniversary, and his own 25th anniversary of priesthood.

He was behind many firsts in the parish, including the first parish newsletter, first liturgy committee and first parish council.

Most notably, he oversaw the construction of the current church, which was opened and dedicated in 1993.