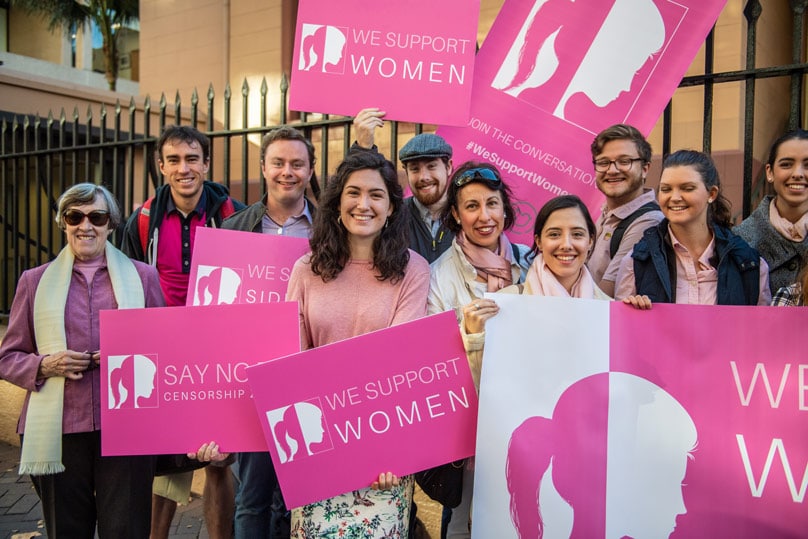 Men and women representing around 70 religious orders and apostolic societies in the archdiocese of Sydney gathered at St Mary’s Cathedral today to celebrate the annual Mass for Consecrated Life.

Archbishop Anthony Fisher OP welcomed the nearly 200 members of consecrated life who alone have offered thousands of years of service to the Church with thanks for their “wonderful variety of charisms”.

Archbishop Fisher said the Mass in the cathedral’s crypt was “to give thanks for the significant contribution that men and women religious have made here in Sydney, pray that God will grace us with new vocations and new forms of religious life, and call for a renewed culture of vocations in our homes, schools, parishes and beyond”.

He made special mention of a number of religious celebrating significant anniversaries this year, including De La Salle Brothers Julian Watson fsc and Christian Moe fsc who each celebrate their 80th jubilee this year.

Religious life requires dedication, determination and perseverance, he said in his homily.

“We’ve all known times when it might have been easier, more humanly attractive, more worldly-wise, give it up and abandon ship. Yet we stayed. You stayed.

“And I pay tribute to that, as the Lord does in today’s Gospel passage (Jn 15:1-8), to those who continue to bear fruit, often abundantly, despite the regular pruning of our ambitions, comfort, perhaps dreams.” 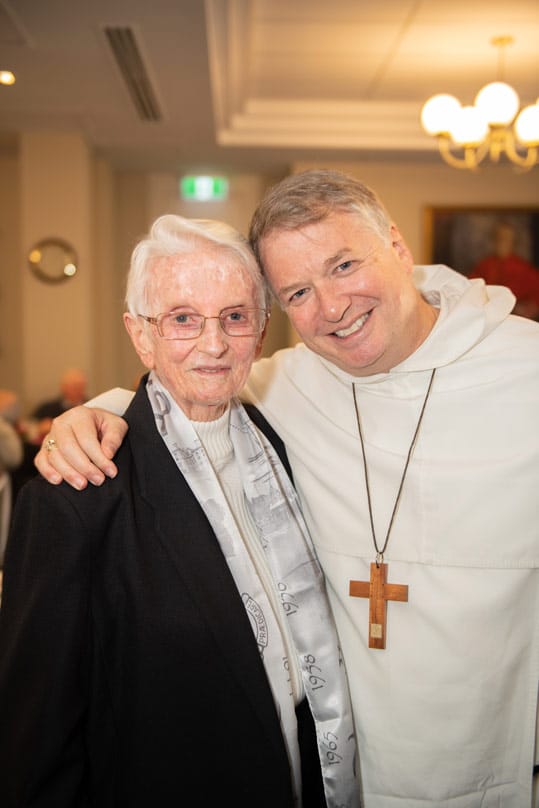 Consecrated life is vital to the Church’s spiritual health, he said.

“Without the contemplative prayer and active apostolates of religious, their creativity and dynamism, and the example of their sheer devotion to God and His people, our Church is the poorer.”

The archdiocese’s vicar for religious life, Good Samaritan Sr Elizabeth Delaney sgs, who celebrates her Golden jubilee this year, said the Mass is a wonderful opportunity “to be together, praying and giving thanks together” and especially to celebrate the jubilarians.

She said the Christian Brothers are also celebrating 150 years since their arrival in Australia.

Dominican Sr Patricia Nichols who will next year celebrate 70 years since her religious profession said that she appreciated being able to bring people closer to the Lord through her work in education and growing in ever-deeper understanding of what the faith is all about.

“Religious life has given me life,” she said.

“As I grow older I learn more and more. It’s been a wonderful journey.”

The Mass was followed by lunch for the congregation hosted by Archbishop Fisher in his home, Cathedral House.

According to the Official Directory of the Catholic Church in Australia: