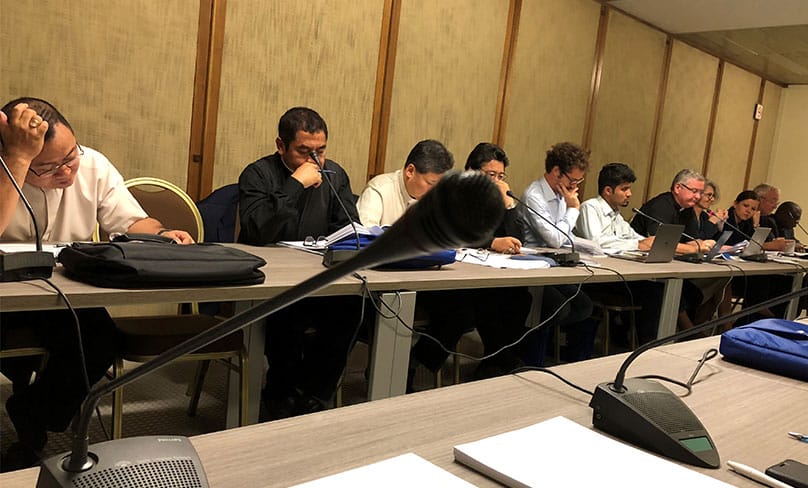 Today we are in our small groups proposing ‘modi’ for the final document of the Synod.

We have a hard week’s work ahead of us, settling the final resolutions and communications from the Synod. In between the formal sessions we’ve had – and will continue to have – interviews, concerts, encounters and, of course, meals (when in Rome…). Yesterday I was filmed for the Vatican News Service and today it will be Rome Reports; yesterday I had morning tea with the Major Archbishop of the Ukrainian Catholics, lunch with the Patriarch of Antioch of the Syrians, and dinner with a delightful group of students from Notre Dame University (the American institution – not the Aussie one)…

Several small group reporters noted that Part 3 is the longest, most complex and confused of the three parts of the Instrumentum Laboris, but unfortunately the Synod has the least time allocated for discussion of this section in small groups and in the general assembly.

Archbishops Vincenzo Paglia (in a wheelchair today), Bruno Forte and Bishop Pietro Fragnelli are the Italian relators, They reported points from the Italian groups:

The Spanish relators are Cardinal José Luis Lacunza Maestrojuán and Archbishop Mariano José Parra Sandoval. Among the observations raised by the Spanish groups were: 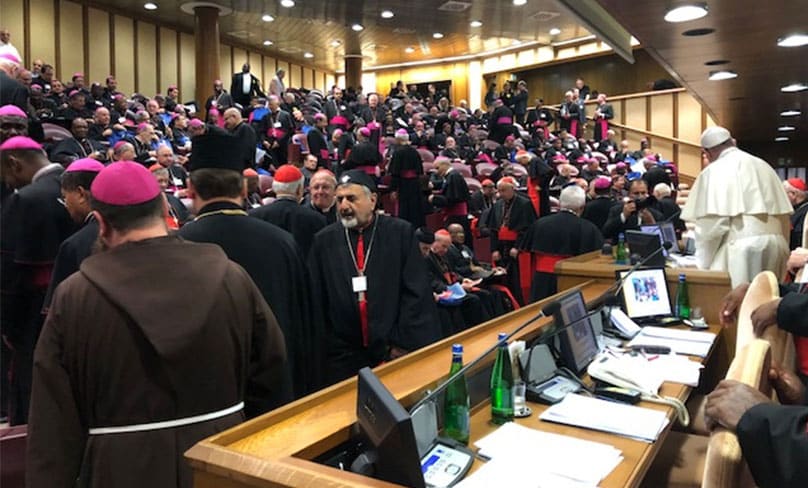 Points made by Angelic Choir A included:

Angelic Choir B. Observations or points made by this group included:

Angelic Choir C. Points made by this group included:

Angelic Choir D. Among points raised by this groups were:

The relator of the German speaking group is Bishop Stefan Oster SDB. Points and issues he reported included: