The ‘culture wars’ that have become commonplace across Western societies like Australia have been largely driven by the relentless and aggressive pursuit of ‘gender ideology’. Above all, this ideology seeks to expunge the notion of traditional roles and norms, and of the distinctions between male and female.

Gender is presented as being subjective, a personal choice unrelated to one’s biological sex; we are discouraged from using the personal pronouns of ‘he’ and ‘she’ or ‘him’ and ‘her’, or asking an expectant mother if she knows whether her unborn is a boy or a girl; traditional childhood toys and games have been negatively stigmatised as reinforcing gender stereotypes.

The latest folly concerns ‘fairy tales’ and, unsurprisingly, it is part of the Victorian government’s educational agenda.

Under the guise of a curriculum designed to address gender-based violence, children as young as four and five are being encouraged to play the role of the ‘fairy tale detective’ and compare the roles played by male and female characters and assess whether a particular fairy tale promotes gender stereotypes.

The ‘gender police’ who prevail in many educational bureaucracies now wish to garner the support of children in taking forward their ideology, which is nothing less than an aggressive form of social engineering.

Irrespective of their cultural origins, fairy tales have always had a clear purpose – to stimulate the imagination and convey a moral truth.

Many of them reveal the perennial struggle between good and evil, and their characters are mixed, for there are heroes and victims and villains, just as there are in any society. Invariably, fairy tales show the value and power of courage, kindness, honesty, humility and perseverance. While drawn into fantasy, the reader can often see some of the world around them, and sometimes they can even see themselves. In this latest foray, educational bureaucrats will rob young children of their uncomplicated sense of delight and adventure.

Rather than allowing them to find truth, beauty and joy in their experience of fairy tales they are being encouraged to view them dispassionately and critique the stories through the ‘gender lens’.

This ‘lens’ is expected to give particular attention to the depiction of the principal female characters. Some fairy tales have been critiqued for typecasting younger women as victims and older women as nasty and witch-like. A further criticism – only the beautiful find romance and true happiness.

Therein lies the misrepresentation of fairy tales. Neither the female characters, nor their male counterparts can be stereotyped. Not all females are victims.

In the Brothers Grimm fairy tale of Hansel and Gretel, Gretel saved her brother Hansel. And not all males are heroic, as shown in the actions of the evil giant in Jack and the Beanstalk. Even Pinocchio, the ‘wooden boy’, had a tendency to lie.

None of this matters whatsoever to young children. Their understanding and love of fairy tales relates to their fascination with the story; it is not motivated by the ‘gender’ of their favourite character, which in some instances is an animal – gender unknown. Nor do they automatically associate good or bad behaviours or particular stereotypes with males and females. This remains the obsession of our self-appointed ‘gender police’. I am now beginning to wonder when they will take aim at our musicals and stage shows, many of which are adaptations of the fairy tales they have subjected to scrutiny.

The purveyors of the seemingly ubiquitous gender ideology not only seek to rob children and young people of enjoyable learning experiences, they seek to censor society as a whole, and the various institutions within it. The educational sector has much to fear if this ideology advances unchecked. If fairy tales have met their ire, what hope is there for Shakespeare or the writers of the Classics? Will the day come when literature is airbrushed so that it is in accord with the tenets of gender ideology?

I well remember from my own HSC, the opening line of Jane Austen’s work, Pride and Prejudice:

“It is a truth universally acknowledged, that a single man in possession of a good fortune must be in want of a wife.”

As an eighteen year old, it was perfectly reasonable to critically analyse this text and to understand the social context of Austen’s work.

It is, however, unreasonable to engage five year olds in processes of analysis and interpretation. Let children be children and let them enjoy the stories as the authors intended.

Despite my concerns with gender ideology, I am convinced that common sense will finally prevail. This is merely a moment of madness, a brief aberration. Perhaps in years to come when we share with others the folly of the ‘culture wars’, we may well begin, ‘Once upon a time’. 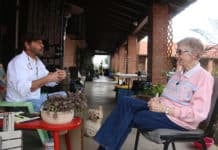