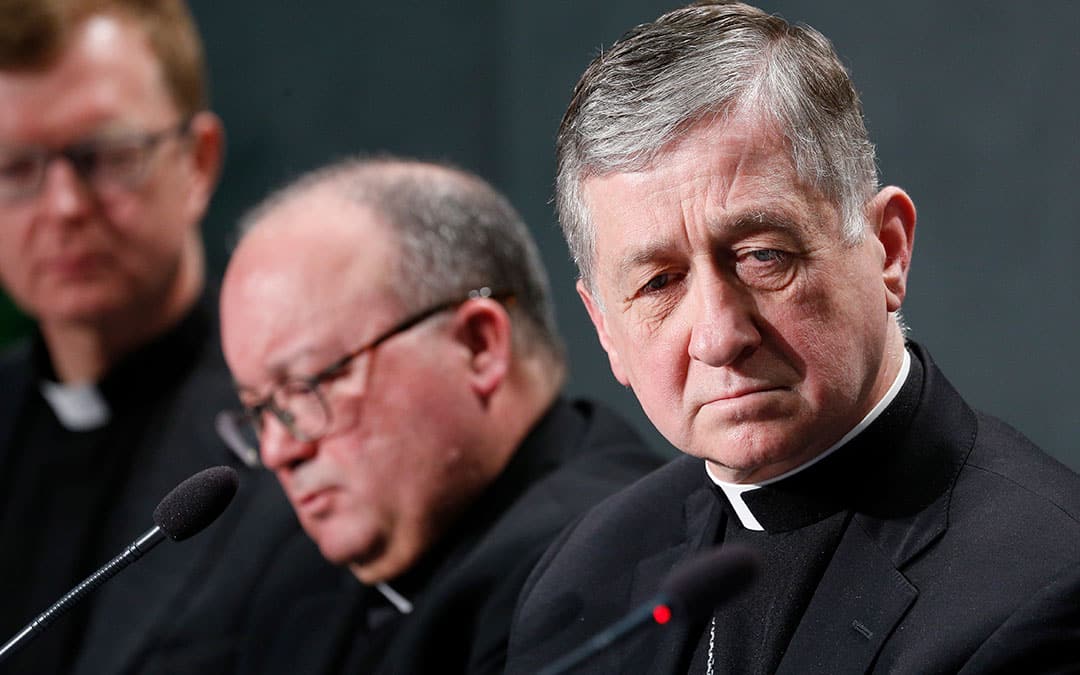 EXCLUSIVE – The view from (and in) the US

Reports and Commentary, from Rome and Elsewhere, on the Meeting for the Protection of Minors. A special international journalistic collaboration between The Catholic Herald, First Things and The Catholic Weekly.

Thanks in part to the hyperventilating language of last year’s Pennsylvania grand jury report (which followed hard on the heels of Theodore McCarrick’s resignation from the College of Cardinals because of credible allegations that he was a serial sexual abuser), the false impression was created that the Catholic bishops of the Keystone State (and by extension, the bishops of the entire United States) had done nothing and were doing nothing to address an unabated scourge of clerical sexual abuse. Or as the Pennsylvania report put it, with more vehemence than accuracy, “Priests were raping little boys and girls, and the men of God who were responsible for them not only did nothing; they hid it all.” That was not true, or at the very least it was not the entire truth of the matter over time.

For by conflating seventy years of data, the Pennsylvania grand jury report (and, more importantly, lazy journalism about it) suggested that there was an unaddressed rape culture in the Catholic Church. That was also not true, for it irresponsibly (but perhaps deliberately) ignored the many steps taken by the bishops of the United States to make US Catholicism what it arguably is today: one of the safest environments for young people in the country – and a far safer environment than the Pennsylvania public schools, which remain unexamined by any grand jury despite hundreds of recent reports of abuse.

Veteran Catholic journalist Peter Steinfels, whose distinguished career as a leader of Catholicism’s liberal cohort shields him against any charge of excessive deference to the institutional Church and its hierarchy, took the Pennsylvania report apart in a January essay for Commonweal. That essay remains required reading for anyone serious about addressing the crisis of clerical sexual abuse and episcopal misgovernance that is rocking the Catholic Church today; Dr Steinfels’s article certainly should be part of any packet of materials distributed to the presidents of bishops conferences and members of the Roman Curia attending Pope Francis’s “Meeting for the Protection of Minors,” which opens tomorrow. (It was noticeably absent from the thick packet of materials distributed to reporters at a Vatican press conference on Monday.)

Whatever its manifold defects of analysis and presentation, however, the Pennsylvania grand jury report, coupled with the McCarrick case, not only re-opened the abuse crisis that many Catholics hoped had been settled a decade and a half ago. The Pennsylvania/McCarrick double-whammy ensured that Abuse Crisis 2.0 – unlike Abuse Crisis 1.0, which focused primarily on priests – would focus sharp attention on the Church’s bishops, at least in the United States.

And that is no bad thing.

There is, to be sure, something unfair (and galling, to real reformers among the bishops) about the misimpression that Nothing-Was-Done after Abuse Crisis 1.0. For many things were done, and while much more remains to be done, what has been done to date seems to have been effective in helping drive down the incidence of clerical sexual abuse in the Church in America. But the measures adopted by the US bishops in 2002 involved the disciplining of priests and the reform of seminaries; they did not include remedies for malfeasant bishops. And while reform of the priesthood and preparation for it continues (and will be discussed in these LETTERS in the days ahead), the latter is what now must be urgently addressed.

At their annual meeting last November, the US bishops were prepared to apply to themselves the rigorous code of conduct they had applied to priests and lay Church employees since 2002. They were also prepared to create some form of mechanism, involving responsible lay experts, that would receive and assess allegations of episcopal misconduct – and, if warranted, report that misconduct to the appropriate Church authorities. An unfortunate intervention from the Vatican prevented the US bishops voting on those proposals, which almost certainly would have been adopted. Some in the Vatican held that any sort review board oversight of bishops involving laity violated canon law (which distinguished American canon lawyers denied). And in any event, it was said, the US bishops should not jump the gun, but wait to see what happened at the February 2019 “Meeting for the Protection of Minors” called by Pope Francis.

Well, that meeting starts tomorrow, so where do things stand, from an American point of view?

Still much work to be done

Amidst their justifiable frustration and anger, and without for a moment backing off from their demands for a deeper reform of the priesthood and episcopate, US Catholics should understand the Church in the United States (as well as the Church in Australia and other parts of the Anglosphere) is far ahead of most of the rest of the world Church in addressing the sin, crime, and scandal of clerical sexual abuse. The US Church is far ahead of the Vatican, too.  That is one reason why there is a significant perception-gap between the United States and the rest of the world Church about the Vatican abuse summit of 2019. Vatican officials, and Pope Francis himself, have said that the basic goal of the summit is to make the presidents of bishops’ conferences aware of the nature and extent of the clerical sexual abuse of minors. The Church in the United States turned that page more than 15years ago. In the US context, the issues of the moment are episcopal responsibility and accountability, further reform of seminary recruitment and priestly formation, and the sexual misconduct of either heterosexual or homosexual clergy that does not involve minors or coercion.

American Catholics (and Australian Catholics, and other Catholics) can and should welcome the rest of the world Church getting itself up to speed by confronting the denial and the institutional lethargy that helps facilitate sexual abuse. But it would be imprudent to expect that a great global plan of reform is going to be announced at the end of the Vatican meeting on 24 February.

What that suggests is that, once everyone returns home, the leadership of the US bishops conference should proceed, and quickly, with its own reform plans – hopefully, with the support of the Roman authorities, including Pope Francis. Even better, and with  many of the Church’s leaders in Rome this week, perhaps the reforms that have been undertaken in the United States and that continue to be refined there (and elsewhere) could become better known (and even appreciated) in those parts of the world Church just beginning to face the hard facts of clerical sexual abuse. – Xavier Rynne II