Charmian Frize gets goose-bumps when she talks about that moment when a bride takes her father’s arm at the door of the Cardinal Cerretti Memorial Chapel in Manly and prepares to walk down the aisle. She says the emotion of that moment always affects her.

As Chapel Manager for 11 years, she has seen many brides walk down the aisle of the beautiful heritage-listed Chapel, set on a hilltop overlooking the spectacular seascape of Manly.

“A lot of brides choose the Chapel for its character and its location,” Ms Frize told The Catholic Weekly. “It’s in a private setting and it’s a beautiful sandstone building.

“The acoustics are also incredible and a lot of brides who come here are music-focussed.”

Completed in 1935, the Cerretti Chapel was originally built to serve the seminarians of the adjoining St Patrick’s College, the main seminary for the Sydney Archdiocese.

As such it was built in the same Gothic style as the seminary building. When the seminary was moved to Homebush in 1996 the Chapel was refurbished and then opened again for weddings.

Cardinal Cerretti was the first apostolic delegate to Australia who visited St Patrick’s College in 1916, making a favourable impression on the staff and students, who subsequently named their Chapel after him.

Even though the Chapel, which seats 180, was built in monastic style—with pews facing inward across the aisle—Ms Frize says it works beautifully for weddings, as evidenced by the recent royal wedding between Prince Harry and Meagan Markle.

“It works really well. Everybody has an aisle seat and instead of everybody looking at the back of everyone’s heads, one side of the church is acknowledging the other, and it’s quite warming to witness.

It’s also brilliant for photography, to get that pristine photo of the bride.”

The Chapel is only used for weddings in the Catholic tradition.

Unless people have been to a wedding at Cerretti Chapel chances are they’ve never been inside it before. That makes it an exclusive setting for a wedding.

Jeremy Lum said he and wife Kathryn—who were married at the Chapel in May this year—fell in love with it the first time they saw its interior. “I think it was the stained-glass windows and the really high ceiling,” Jeremy said.

“We were actually walking around Manly one day and saw the Chapel on top of the hill there. We thought we’d go and have a look.”

“It’s got a lot of history and it’s just a really stunning, big, ceremonial church.

“Charmian was great to work with and the whole day went really smoothly.”

Ms Frize said the magnificent setting of the Chapel is also a definite draw-card. “Its outlook from the front lawn is spectacular overlooking the Manly headland. On a clear day you can see right up the coast.

So that’s obviously premium for photographers to get that old-world sandstone building accompanied by seascape in a really private location, set back off the road. It’s pretty sought-after.”

The interior of the Chapel has all the ingredients for the perfect Catholic wedding with cathedral ceilings, chandeliers, magnificent stained-glass windows, red carpet down the central aisle and its own organ and organist.

The Chapel can also supply flowers for the altar if so desired. It has also recently been fitted out with new lighting and sound systems.

Ms Frize says most of the feedback she receives from couples and their guests is centred around the uniqueness and beauty of the Chapel and its surrounds.

“They talk about the heritage and the grandeur of the place. Once you get inside, it’s so grand with the canopy over the altar and amazing lighting and stained-glass windows. It’s quite overwhelming.

“It’s not your standard church or chapel. People feel quite honoured to be here.” 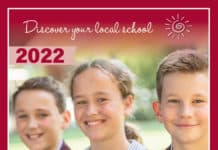 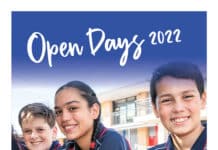 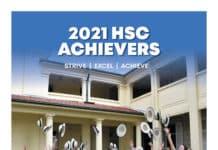