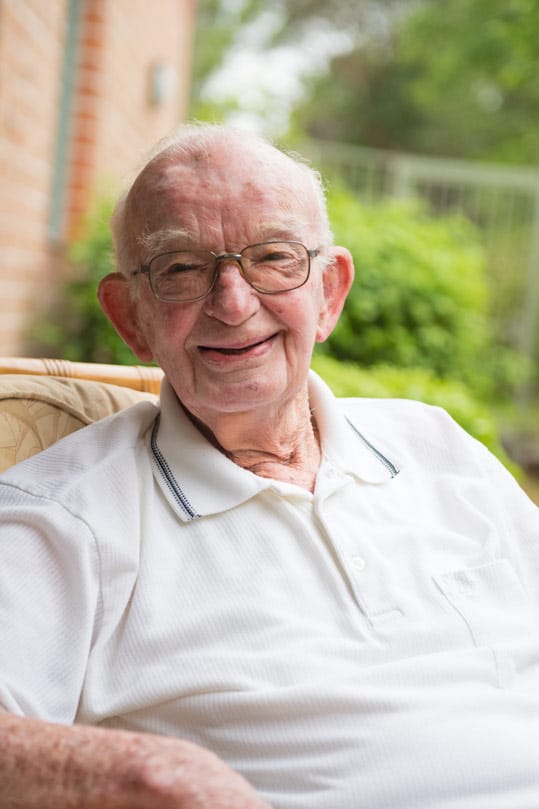 One of the oldest and most respected priests of the Archdiocese of Sydney, provided 60 years’ impeccable service as an academic, mentor, parish priest, and Dean.

His death has cast a deep shadow over his relatives, and the St Martha’s Strathfield community who have lost a conscientious and dedicated pastor whose 30 years’ association with the parish, included being the longest serving parish priest.

Paul, and his twin brother, Frank, were the eldest born children of Francis and Marion (nee Collins) of Dixson Street, Dulwich Hill.

Born during the depths of the Great Depression, on 18 August 1934, Paul attended St Paul of the Cross Primary School, Dulwich Hill, and went on to do his Intermediate Certificate at Christian Brothers’ Lewisham, where his talents – academically and sporting – shone through.

Also evident from an early age was his faith and at the age of 15, Paul entered St Columba’s Seminary, Springwood, where he completed his secondary education (as was the custom), gaining his Leaving Certificate in 1951.

He moved to St Patrick’s Manly, where he received a Licentiate in Theology and Cardinal Norman Gilroy ordained him a priest of the Archdiocese of Sydney on 8 March 1958.

In a short period, 1959-1962, Fr Paul completed and successfully defended a superb doctoral thesis at the Angelicum University in Rome.

His academic gifts were put to valuable use as a lecturer in philosophy at Springwood from 1963-1977. Generations of seminarians will remember Fr Paul as a seriously minded philosopher, a very competitive Rugby League coach, and a wise and kindly friend to students.

After the closure of St Columba’s Seminary in 1977, he was appointed Vice-Rector at St Patrick’s Manly, where he remained until 1981.

Fr Paul returned to parish ministry serving at The Entrance and Eastwood Parishes.

Indicative of his high regard for due process, Fr Paul showed dignified respect upon Cardinal Clancy appointing him as the sixth parish priest of St Martha’s Strathfield in 1988.

The parish’s then administrator, the (late) Fr Brian Titmuss – also a Dulwich Hill boy and a seminary classmate of Fr Paul’s – had been appointed to Balmain parish.

In an interview in 2015 Fr Paul vividly recalled his first day at Strathfield – torrential rain and significant flooding between the church and presbytery.

While ordained in the pre-Vatican 11 era, Fr Paul relished the importance of being a collegiate pastor in his interactions with a range of parish groups.

Fr Paul’s unobtrusive style and inclusive ministry epitomised the winds of change heralded by the Second Vatican Council, yet he retained the mark of many a ‘traditional priest’ through his selfless attitude and overriding concern to serve the community, especially the sick and the elderly.

Reflecting a scholarly disposition, he was slow to judge and quick to forgive.

Upon inheriting some difficult issues, Fr Paul worked astutely, listened carefully, and acted faithfully in the best interests of the parish and the Archdiocese. He was a genuine peacemaker.

As Dean of the Concord Deanery (1990-2008) he provided sage advice and support to clergy and parishes.

He was also a director of The Catholic Weekly. Fr Paul retired as St Martha’s parish priest in July 2011, after 23 years of conscientious service.

His funeral will be held Tuesday 7 August at 11am at St Martha’s Strathfield.