Shelling out food for the homeless has become a passion for Vivian Mourani.

The Family Educator at St Therese’s Primary School at Denistone delivers over 400 boiled eggs a night to those living on the streets all kindly donated by the students.

Affectionately known as the ‘egg lady’, Vivian said they make a healthier alternative to some of the ‘junk food’ that is handed out by various organisations to those sleeping rough but far more importantly they are a great way of cracking a conversation about those less fortunate.

She said her work with the Vinnies Night Patrol has enabled her to unscramble the often complicated and hard to explain reasons why people end up on the street to her young audience.

And she said the thank you messages and notes that decorate her walls from those she meets reinforces to the students that their small acts of kindness are appreciated and are making a real difference.

“As the Family Educator I very much see my role involved in social justice and my work with Vinnies is a great way of not only talking but doing,” she said. 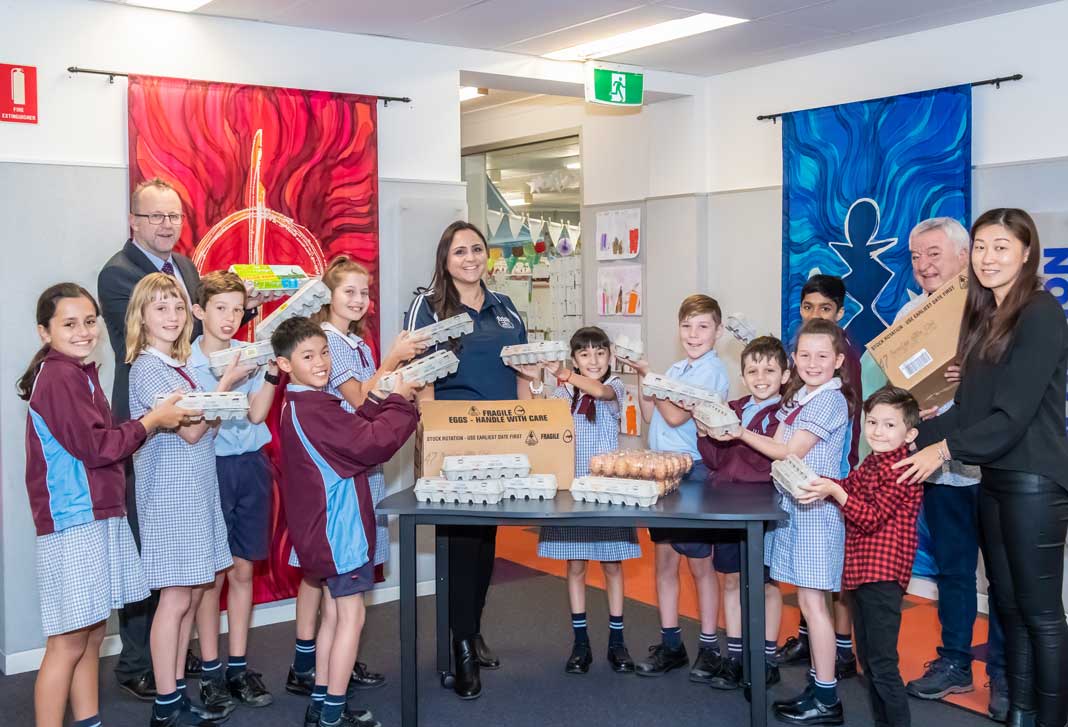 “While it may seem like a very simple concept asking the students to donate eggs, it gives me a great opportunity to talk about where they are going and why.

“Dignity is such an important thing and explaining that I give eggs out to the homeless as they are nutritious and provide protein strikes up conversations with the kids about those in need.

“It’s very hard to explain to children about people doing it tough so my egg drive has helped start that conversation.”

And it’s not just the students who are involved, Vivian has poached many of the teachers and parents who accompany her on her Night Patrols.

She said the people they meet serve as a constant reminder about how fortunate we all are. 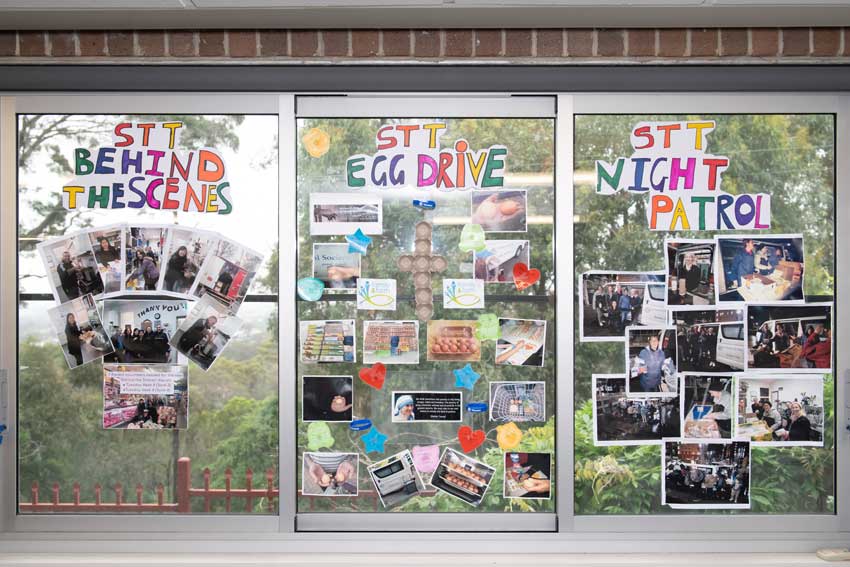 “The parents and teachers who come on the Night Patrol often remark how good they feel doing something for those in need,” she said.

“It’s a side of life that we don’t often notice but once witnessed it’s hard to forget.

“The support from the school has been so strong that I have had to put people on a waiting list to accompany me. Once they come on patrol they want to keep doing it as they can see how much it means to the homeless that they are thought of and cared for.”

Parent Joe Loiacono is a huge supporter of Vivian’s work and says he feel it’s everyone’s duty to give back where they can.

He said helping others is at the core of his faith and something that is very important to him.

“Knowing I am helping make a difference is not only important to me but for the example I am setting for my children,” he said.

“I really do like helping put a smile on somebody’s face, particularly those who don’t have a lot to smile about.

“If you are in a position to give back then that’s what you should do, you might actually be surprised at just how good it will make you feel.” 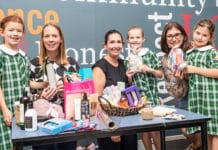 Making sure no one is forgotten