Here’s my list of ten short takes on the Manly Sea Eagles controversy.

1. Consult those most affected

Of all the transgressions of Manly management, the foundational one was that none of the coaching or playing staff was informed, let alone consulted, about the ‘Pride’ jersey. They read about it in the media. If you are going to make a decision that will have a considerable impact on your team, then you should bring them along with you rather than drop a bombshell publicly.

2. Take an interest in your team

Some might say that the decision-makers were not aware that wearing a ‘Pride’ jersey would have been objectionable to any of the players, and especially not half the team. If that’s true, then it just shows that management have little to no interest in their players. It’s not like these players hide their religious beliefs. They pray together, give interviews where they mention their faith and share Christian-themed posts on their social media accounts. Ignorance of the centrality of Christian belief to these players just demonstrates that they are treated as assets, not people.

3. You can’t have your cake and eat it too

4. Appreciate the gift of having Christian players

In a sport that is too often plagued by sex scandals, drug scandals, alcohol scandals, family and domestic violence scandals and lewd behaviour scandals, players who prefer to be at church with their family rather than at a Kings Cross nightclub might actually be a gift to the club. Manly management should embrace their devout Christian faith as a benefit to the club’s reputation.

5. It’s not just a few colours on a jersey

A number of people have commented that the players overreacted to ‘a few colours on a jersey.’ It’s not that simple. For a devout person of faith, wearing something that portrays a message that is not only different to but conflicts with that faith is a very serious matter. When you are attempting to live an authentic Christian life, nothing that goes against it is insignificant, even if it seems inconsequential to others. Sincere Christians try daily to make sure their choices align with their beliefs, it’s just not usually publicised.

Many commentators labelled the seven players ‘hypocrites’ for not wearing the rainbow colours but accepting alcohol sponsorship. I’m not sure those commentators know what a ‘hypocrite’ is. Scripture prohibits homosexual acts outright. It permits alcohol consumption but not drunkenness. So the two aren’t equivalent. In fact, wearing the ‘pride’ jersey while claiming a traditional Christian faith would have been a hypocritical act. They were benched this week because they refused to be hypocrites.

7. It’s not just about the gay kids

There have been comments about the negative impact that this saga will be having on gay kids on the northern beaches. I’m sure that impact is real, but the cause of this was the Manly management, not these seven players. But it’s not just about the gay kids watching. There are many aspiring rugby league players from western Sydney and other parts of the state for whom a first grade contract would be life-changing for them and their families. In light of comments from Manly management saying that the ‘Pride’ jersey will return next year and NRL chief Peter V’landys suggesting that they will introduce a code-wide ‘Pride Round’ from 2023, these aspiring players will now be left wondering if they will be forced to choose between their beliefs and playing professional rugby league.

8. It’s not very hard to respect the religious beliefs of your team

I was a corporate lawyer in a previous life. I remember my boss accommodating my objection to being allocated a matter that would involve funding an IVF clinic and senior management cancelling the planned tarot reading entertainment at the Christmas party because someone had mentioned it might make me uncomfortable. Good employers care about their employees and make life easy for them.

‘Inclusion’ rounds are hardly necessary in a sport like rugby league. The composition of teams and fans is already pretty diverse and it’s happened organically; it hasn’t had to be orchestrated. Fans don’t tend to care about the colour of your skin, your sexual orientation, your religion, your hairstyle or anything else, just as long as you can score some tries or kick some goals or stop the other team from scoring some tries or kicking some goals. Fans just want you to win.

10. It’s important to have friends on the battlefield

The reason the seven players managed to stand their ground is because there were seven of them. Had there have just been one, he would have come under enormous pressure to give in. They maintained this strength when Manly owner Scott Penn announced that the players were open to wearing the ‘pride’ jersey next year provided they were consulted, with the players again standing together and alerting media that this was not the case. We should remember that standing together as Christians is the only way to do it: we should never leave a brother or a sister standing alone. 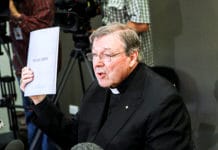 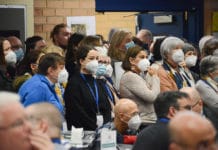 Monica Doumit: The day I became a ‘crumb maiden’